If you have been cited for speeding, go here to learn how to fight the ticket.

People issued misdemeanor traffic tickets in Las Vegas face not only fines and potentially jail but also higher car insurance rates and possible license suspensions in Nevada. And civil infraction traffic tickets carry civil penalties but no jail. Traffic convictions may be used against the drivers in future civil lawsuits. And if defendants ignore or forget to address their misdemeanor traffic citations, a bench warrant will issue for their arrest.

People cited for traffic violations in Nevada are strongly encouraged to retain a Las Vegas traffic ticket lawyer skilled in getting traffic charges dismissed or reduced to “non-moving violations” carrying no demerit points in Nevada. And in most cases, defendants with legal representation never have to appear in court, which is extremely beneficial for people with day jobs or who live out of state. 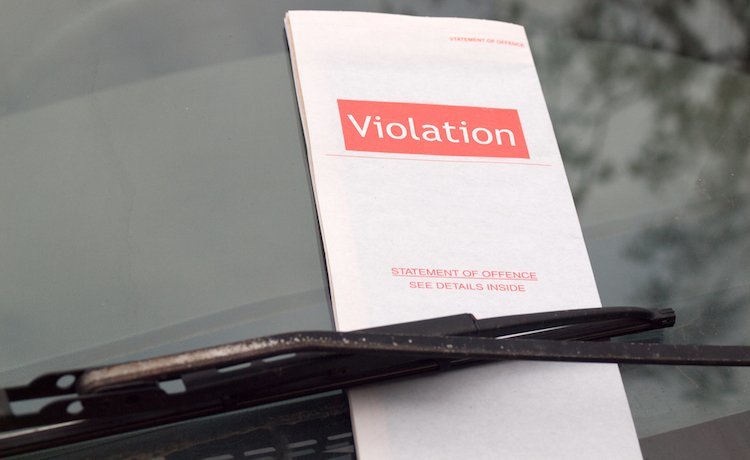 Traffic violations are prosecuted as misdemeanors in Nevada.

1. Are traffic tickets a crime in Las Vegas, Nevada?

Note that most traffic violations are not a criminal conviction for the purpose of applying for employment, a professional license, or any educational opportunity.

Parking violations in Nevada are the most minor traffic violations. People often pick up these citations by allegedly doing the following:

Parking violations in Las Vegas usually carry no demerit points, and these cases often can be closed or dismissed in exchange for a civil penalty or fine.

Non-moving traffic violations in Nevada comprise violations that do not have to do with the quality of the person’s driving; instead, they concern whether the driver is legally allowed to drive. Common non-moving violations include:

Prosecutors usually agree to resolve these charges in exchange for a payment and/or community service. The judge has the discretion to impose up to six (6) months in jail for misdemeanor charges, but it is exceedingly rare for courts to punish non-moving violations with incarceration.

Like it sounds, moving violations in Nevada encompass a driver’s unlawful actions while the vehicle is in motion. These include such offenses and civil infractions as the following:

Most moving violations can be reduced or dismissed if the defendant pays a fine or civil penalty and/or completes traffic school. The maximum punishment for misdemeanors…which is rarely imposed… is six (6) months in jail and/or $1,000 in fines.

All moving violations also carry Nevada DMV demerit point penalties. But if a Las Vegas traffic ticket lawyer succeeds in getting the charge dismissed or reduced to a non-moving violation, there should be no demerit point consequences. Scroll down to question 4 for more information.

When drivers are cited for a misdemeanor traffic violation in Nevada, the officer will give them a court date to appear before the judge and pay the fine. If they do not show up to court…or if they do not hire an attorney to appear on their behalf…the judge will issue a Nevada bench warrant for their arrest. It is very important that defendants hire a Las Vegas traffic ticket lawyer to handle the matter to avoid getting a bench warrant. But if defendants do pick up a warrant, an attorney can usually have the warrant removed in as little as a few days.

Note that when cops pull over drivers, cops are required to arrest them and take them before the magistrate if: (1) the driver refuses to sign or accept a copy of the traffic citation; or (2) the cop has reasonable and probable grounds to believe that the driver will disregard a notice to appear in court. (NRS 484A.720)

For civil infractions, people have 90 days to pay the civil penalty or contest the case. Defendants who ignore the ticket will owe collection fees as well.

2. Do traffic tickets show up on my record?

Yes. Every traffic citation and conviction automatically go on the driver’s criminal record and show up on background checks. However, most of these records can be sealed eventually…

3. How do traffic tickets affect my insurance?

Getting convicted of a moving violation usually increases the person’s car insurance premium rates. Foreseeably, the more traffic tickets a driver picks up, the higher the premiums will go.

Insurance rate hikes are a big reason why traffic defendants are advised to hire a Las Vegas traffic ticket attorney to try to get the charge reduced to a non-moving violation, which usually has zero auto insurance consequences.

Firstly, it is highly recommended that people cited for a traffic violation hire an attorney to defend them. Prosecutors are much more willing to dismiss the case or at least to reduce the charge if the defendant is represented by counsel. And people who hire an attorney to handle their traffic matter usually do not have to appear in court, which is a huge convenience for out-of-state defendants and defendants who work during the day. 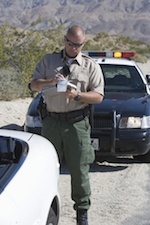 Just as in any criminal case, prosecutors have the burden to prove a defendant guilty of a misdemeanor traffic offense beyond a reasonable doubt. The defendant’s attorney would investigate the manner in an effort to find surveillance video, photographs and eye-witnesses that can demonstrate the defendant’s innocence. Ultimately, the Las Vegas traffic ticket attorney would argue that the state’s case is too weak to sustain a conviction should the case go to trial.

In civil infraction cases, prosecutors have a much lower burden of proof: By a preponderance of the evidence.

In practice, most traffic cases never reach trial. Prosecutors are usually willing to offer defense attorneys favorable plea deals without having to engage in heavy litigation.

5. Do traffic tickets put demerit points on my license?

The majority of moving violations have a demerit point value of one to eight. If a person ever pleads guilty to or gets convicted of a Nevada traffic violation, the DMV will add the corresponding points to his/her driving record. If the driver ever amasses twelve (12) or more points within a year time frame, the DMV will suspend the person’s license for six (6) months.

Demerit points stay on a person’s Nevada driver’s license for only one (1) year before they are automatically erased. License-holders can also remove three (3) demerit points on their own by completing a traffic safety course as long as the course is not part of a plea deal with the court.

Note that the more serious traffic offenses such as DUI carry no demerit points because their penalties instead call for the person’s license to be suspended or revoked altogether.

See our related articles, How long do points stay on your license in Nevada? and Nevada Driving Record – How do I get it and what does it show? 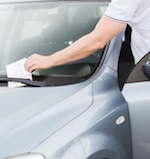 However, immigration law is changing all the time and is often very subjective. All non-citizens accused of a traffic offense are strongly encouraged to consult with an attorney skilled in both immigration and criminal defense law to discuss how to safeguard their resident status. Learn more about the criminal defense of immigrants in Nevada.

7. How do traffic tickets affect my commercial driver’s license?

The Nevada DMV treats commercial driver’s licenses (CDLs) the same as non-commercial driver’s licenses. Therefore, the DMV adds the same amount of demerit points to a person’s CDL and regular license. It is irrelevant whether the CDL-holder was operating a commercial vehicle at the time of the alleged traffic violation. Note that CDL-holders have to notify their employer about the traffic ticket within thirty (30) days of getting the citation.

If you have been cited for a traffic violation, call our Las Vegas criminal defense attorneys for a free consultation. We will fight to get the charge dismissed or reduced to a non-moving violation that carries no demerit points and with no insurance consequences.

I Committed a Crime in Nevada a Long Time Ago. Can I Still Be Charged?

With the exception of extremely violent crimes, you might be able to escape prosecution in Nevada if enough time has passed since you committed the offense. The majority of Nevada crimes have statutes of limitations, which spell out a time limit during which a D.A. may press charges for it. Whenever a prosecutor files charges ...

If the person is in custody at the CCDC for a case in Las Vegas Justice Court, you may post bail at the Pre-trial Services window in the CCDC, which is open from 8 a.m. to midnight every day. You may post bail in cash, cashier’s check, or money order. Unlike most other jails, the ...

Uber and Lyft are Nevada’s most prominent ride-sharing companies, technically known as “Transportation Network Companies” or “TNCs.” TNCs differ from taxi companies in several ways: They have less prominent signage and visual displays; Drivers drive their own cars and are responsible for maintenance and fuel; Drivers set their own schedules; and Drivers are never required ...