How long does a DUI stay on my criminal record in Nevada?

DUI charges that get reduced to reckless driving may be sealed only 1 year after the case ends. And if the charge gets dismissed, then the DUI record may be sealed right away.

Having a criminal record with a charge for driving under the influence looks bad to potential employers. Even if the drunk or drugged driving charge gets dropped, the arrest still shows up in background checks. So defendants should seek legal counsel to try to get their DUI criminal records sealed as soon as possible. 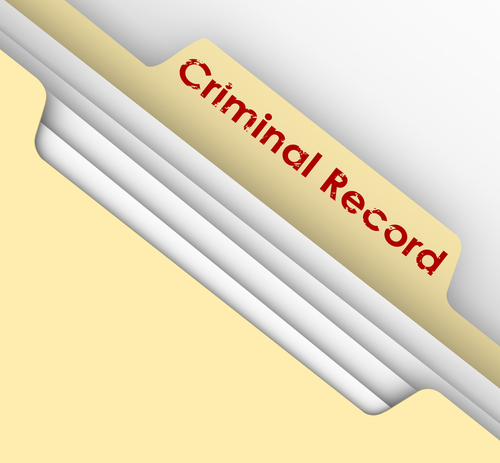 Misdemeanor DUI cases in Nevada can be sealed 7 years after the case closes.

1. What does getting a DUI record “sealed” do in Las Vegas, Nevada?

Criminal records including convictions for driving under the influence are public information in Nevada. But when a state court “seals” a person’s conviction for driving drunk or high, the record of that conviction gets hidden from all the government databases that store criminal records. Therefore, the general public can no longer see or access the DUI conviction information.

The main reason why defendants pursue record seals is to get a clean background check. Potential employers are more likely to consider applicants who do not have past criminal offenses on their record.

2. How long is it before I can get my DUI conviction sealed in Nevada?

The table below illustrates the wait times for sealing DUI-related charges in Nevada:

Note that the waiting time to get a record seal starts when the criminal case ends, not after the arrest. A typical misdemeanor drunk driving case may be ongoing for several months or a year following the arrest.

Example: Chuck gets arrested for driving under the influence of marijuana on January 1, 2010. He ultimately pleads guilty. On January 1, 2011, the judge closes the case after Chuck provides proof he completed all the sentencing terms. Therefore, Chuck can pursue a record seal starting January 1, 2018--seven years after the case ended.

For more information, see our article, How long does a DUI stay on your record in Nevada?

3. If my DUI gets dismissed, when can I get the arrest record sealed in Nevada?

If the prosecutor drops the DUI charges — and therefore the defendant never gets convicted — the defendant may petition to get the arrest record sealed immediately. There is no wait.2

4. If my DUI gets reduced to reckless driving, when can I get the record sealed in Nevada?

If a DUI defendant pleads to misdemeanor reckless driving as part of a plea bargain, he/she then has to wait only one (1) years after the case is closed to pursue a record seal.3

Example: In 2011, Diana was arrested by the Henderson Police for driving under the influence of prescription drugs and is booked at the Henderson Detention Center. Diana’s attorney then worked out a plea bargain whereby the DUI charges were reduced to reckless driving.

In 2012, the judge closed the case after Diana successfully completed all the sentence terms. Diana should have been able to get the record sealed one year later in 2013. Had she not gotten the DUI charges reduced to reckless driving, she would instead have to wait seven years until 2019.

5. What is the DUI record sealing process like in Nevada?

It is time-consuming, complicated, and tedious, which is why it is recommended that defendants retain experienced counsel to handle all the paperwork. Otherwise, it is easy to make little mistakes that could jeopardize ever getting the record sealed. Read the step-by-step details in our article how to seal criminal records.

6. Will my DUI record seal application be accepted?

7. How long does the DUI record sealing process take in Nevada?

Several months. Most of it is simply waiting to hear back from government agencies such as the Nevada Criminal History Repository.

8. What are the benefits of getting a DUI record sealed in Nevada?

The main benefit is that sealed records no longer appear on background checks. Therefore, prospective employers, landlords and creditors will not know about it. And people who have had their record sealed may legally say — even under oath — that they have never had a DUI.

Example: Allan got a conviction for driving under the influence of drugs in Las Vegas when he was younger but has since had the record sealed. His boss goes to him and says that he heard through a mutual friend that Allan once had a DUI. The boss then says that he does not want anybody with a DUI working for him. Since Allan had the record sealed, Allan can lawfully deny that he had a prior DUI.

9. Is there anyone that can see my sealed DUI records in Nevada?

Only under very limited circumstances. Certain agencies like the Nevada Gaming Control Board may access a person’s sealed criminal record to determine his or her fitness to hold a gaming license. And prosecutors or other people involved in the DUI incident may petition the court to open the records to find information relevant to their case.5

10. Is getting a DUI record “sealed” the same as getting a record “expunged”?

It depends. The meaning of “expungement” varies state to state. In California for instance, an expungement updates a criminal record to show that probation is completed and the charge is dismissed.6

Nevada law never uses the word “expungement,” only “sealing.” But whether a criminal record is technically sealed or expunged, it can only improve the defendant’s employment prospects in the future.

Call our Las Vegas drunk driving attorneys for a consultation.

Accused of drunk driving? Call a lawyer for help …

If you are facing a conviction of driving under the influence in Nevada, it is important to have your criminal records sealed as soon as possible. Phone our Las Vegas criminal defense attorneys for a consultation. Our Las Vegas record sealing lawyers will take care of all the procedures and paperwork so that the DUI will not show up on your background check.

Arrested in California? Read our article on how to expunge California DUI records.

Arrested in Colorado? Read our article on how to seal Colorado criminal records.