A work zone in Nevada is a construction area where certain traffic violations carry double penalties. Some of these traffic offenses include:

Nevada law requires work zones to be marked with signs to alert drivers that they are entering or leaving the zones.

People convicted of certain traffic violations face double fine penalties if it occurred in work zones. For example, a speeding violation that would normally carry a $205 civil penalty or fine would be doubled to $410.

Depending on the case, a prosecutor may reduce or dismiss the charges if the defense attorney can show that either: 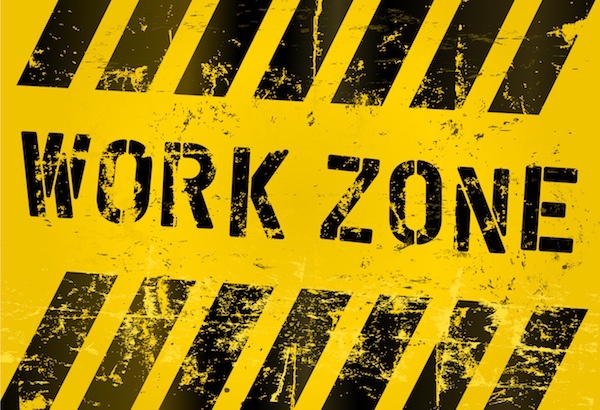 Committing a traffic violation in Nevada work zones is not a separate offense. Instead, it is an added penalty to the underlying traffic offense.

1. What are work zones in Las Vegas, Nevada?

Some work zones take up several lanes, require lots of workers and heavy machinery, and last for weeks or longer. Other work zones are on much a smaller scale with just a couple of workers with traffic cones working for a few hours. Either way, work zones are required to be signified by three signs:

There are usually additional traffic police patrolling the area as well.

Nevada levies double penalties for drivers who commit certain traffic violations — such as speeding — while in work zones. So drivers who see an upcoming work zone sign should take care to drive extra carefully.

Specifically, there are 26 traffic crimes that carry double penalties if the incident occurred in a work zone. They are:

Note that violating a traffic law in work zones is not a separate penalty from the underlying traffic offense. Rather, it is simply a penalty enhancement to the underlying offense. For instance, “speeding in a work zone” is just one offense, not two separate ones.2

How best to defend against work zone traffic violations turns on the circumstances of the incident. Some common defense strategies are: 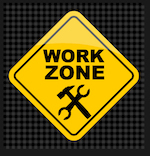 Improper or insufficient signage is a defense to work zone charge enhancements in Nevada.

With all of these defenses, the most valuable evidence would include surveillance video, photographs, and/or eyewitnesses. As long as the D.A. lacks evidence to prove guilt beyond a reasonable doubt, the defendant should not be convicted.

2.2. The traffic violation did not occur in the work zone

Perhaps the alleged traffic violation occurred shortly before entering or after leaving a construction zone, and the police officer mistakenly believed the defendant was still in the work zone. If the defense attorney can show that there was no work zone involved, then the court should not impose double penalties for the underlying traffic offense.

3. What are the penalties for work zone traffic violations in Las Vegas, Nevada?

People convicted of one of the violations listed above in section 1 face double penalties if the incident occurred in a work zone. So a speeding ticket that normally carries a $205 civil penalty/fine would double to $410 if the defendant sped in a work zone.

Note that the total penalties for committing a traffic offense in a construction zone may not exceed:

4. Can I get it reduced to a non-moving violation?

It is possible, especially if the person has no or few past traffic violations on his/her record. But the defendant may have to pay more than in cases where the incident did not occur in a work zone.

5. How many points will go on my license?

Demerit points remain on driver’s licenses for one (1) year before disappearing for good. Accumulating 12 or more points causes an automatic six (6)-month license suspension. But it may be possible to fight the suspension at a DMV Administrative Hearing, which is similar to a trial.5

Yes, though the rate increase is due to the underlying traffic offense and not that it allegedly occurred in a work zone. Any moving violation will result in increased car insurance premiums whether or not a work zone was involved.

If the traffic violation gets dismissed or reduced to a non-moving violation, however, the insurance company probably will not increase the premiums. 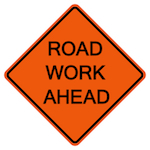 In some cases, defendants may avoid demerit points by doing traffic school.

It depends on the case. Judges usually give defendants the option of just paying in exchange for closing the case. But some defendants may choose to do traffic school as a way to reduce the charge to a non-moving violation and to avoid getting demerit points.6

You have 90 days to pay a civil penalty. If you are late, you can be assessed a monetary penalty.

If your ticket is for a misdemeanor, then the court can issue a bench warrant if you are late to pay. Defendants late on fine payments will get the opportunity to do community service instead, but they will still get a bench warrant if they fail to complete the service.

And once there is a bench warrant issued, the judge will not recall it unless the defendant (or their defense attorney) appears in court to request that the warrant be “quashed.” Therefore, defendants are advised to hire an attorney as soon as they get a ticket to handle the case.7

Consult with an attorney in the home state. Every DMV has different rules and regulations. In many cases, the home state DMV will treat the person’s license as if the alleged traffic violation occurred there and not in Nevada.

It depends on the underlying traffic offense. Most traffic convictions such as speeding can be sealed one (1) year after the case ends. The main exception is a misdemeanor DUI conviction, which carries a seven (7)-year record seal waiting period.9

Most traffic convictions can be sealed 1 year after the case ends.

Note that the record seal waiting period does not double if the incident occurred in a work zone. Also note that if the entire case gets dismissed, then the defendant can petition for a record seal right away.10

Probably not. Deportable offenses do not comprise most traffic matters, even if they occurred in work zones…

But any immigrant facing criminal charges should still consult with an experienced attorney to discuss the case. This is especially true if the underlying traffic offense was of a more serious nature, such as reckless driving or vehicular manslaughter.

In the vast majority of cases, it pays to fight. If the D.A. agrees to reduce or dismiss the charges, the defendant may be able to avoid getting demerit points and insurance rate increases.

It is rare for traffic matters to go to trial, but defendants can always request a hearing if they prefer not to plea bargain.11

Here are three reasons why it is a great idea to lawyer up: 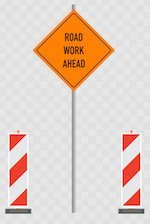 Defendants with attorneys may get better plea deals in traffic cases.

16. If a driver causes an accident in a work zone, can I file a lawsuit?

Ideally, accident cases resolve out of court with a large settlement for the victim. Our Las Vegas car accident attorneys would fight for more than enough money damages to cover a victim’s:

But if the defendant refuses to offer a good settlement, our attorneys can fight at trial for hefty compensatory damages as well as punitive damages. Even if the victim was partially to blame for the accident, the court can still award substantial money damages under Nevada’s comparative negligence laws. Learn more about our Las Vegas personal injury attorneys.

Speeding in a school zone is a misdemeanor that usually carries $410 in Las Vegas. The demerit point penalty turns on how far above the speeding limit the defendant was allegedly driving.13

Willfully defying a traffic officer is a misdemeanor carrying up to six (6) months in jail and/or $1,000 in fines as well as four (4) demerit points. The typical fine in Las Vegas is $305.14

If you have been cited for a traffic ticket in Nevada, call our Las Vegas criminal defense attorneys.