Can I be arrested for "driving without a license" in Nevada?

Nevada law requires that you have a current and valid driver’s license in order to operate a motor vehicle upon a highway. Driving without a license (or with an expired or invalid license) is a misdemeanor offense punishable by up to 6 months in jail and up to $1,000 in fines.

The language of the statute states that:

NRS 483.230 Licensing of drivers required; vehicle being towed; possession of more than one license prohibited.

2.  Any person licensed as a driver under the provisions of NRS 483.010 to 483.630, inclusive, may exercise the privilege thereby granted upon all streets and highways of this State and shall not be required to obtain any other license to exercise such privilege by any county, municipal or local board or body having authority to adopt local police regulations.

3.  Except persons expressly exempted in NRS 483.010 to 483.630, inclusive, a person shall not steer or exercise any degree of physical control of a vehicle being towed by a motor vehicle upon a highway unless such person has a license to drive the type or class of vehicle being towed.

Even if you were issued a citation, it may be possible to plea bargain the charge down to a lesser offense. Or the prosecutor may dismiss the case altogether if the defendant obtains a valid license and shows proof to the court.

People convicted of driving with no license may be eligible for a criminal record seal 1 year after the case ends. And if the charges get dropped completely, a seal may be available immediately. 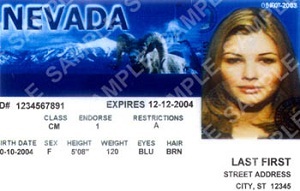 Driving without a current and valid license is a misdemeanor in Nevada.

1. Is it illegal to drive without a license in Las Vegas?

No. Nevada state law says that “a person shall not drive any motor vehicle upon a highway in this State unless such person has a valid license as a driver[.]” This law encompasses people who never had a license, and those driving in Nevada with an expired license.

Out-of-state or foreign drivers in Nevada are required to carry proof of licensure from their home state or country.

Drivers must carry their proof of licensure with them whenever they are driving. Licensed drivers who forget to bring their card with them will still get cited for violating NRS 483.230. Though prosecutors usually drop the charge if the driver later shows proof of being licensed at the time.1

Note that taxi drivers do not need special driver’s licensure from the Nevada Department of Motor Vehicles to drive a cab…but they do need a driver’s permit from the Nevada Transportation Authority. And ride-sharing drivers for such companies as Uber and Lyft need a Nevada business license.2 Learn more in our article on driving cabs without a permit in Nevada.

Jail time is rare for these types of traffic violations. Driving unlicensed is a misdemeanor in Nevada, carrying:

But judges typically impose just a fine. Depending on the case, the defendant may also get a suspended license as part of the sentence. Then the defendant would have to apply for reinstatement.

Note that anyone who moves to Nevada must obtain Nevada driver’s licensure within thirty (30) days or risk misdemeanor penalties of:

Many defendants are in fact licensed but did not have the license handy when the traffic officer asked to see it. In these cases, the prosecutor will usually dismiss the NRS 483.230 charge if the defendant can show proof that he/she was licensed at the time.

If the driver was not licensed at the time of the citation, prosecutors will usually dismiss the case in exchange for a fine as long as the defendant obtains licensure promptly.

Note that having recently expired licensure is not a defense to charges of driving unlicensed. 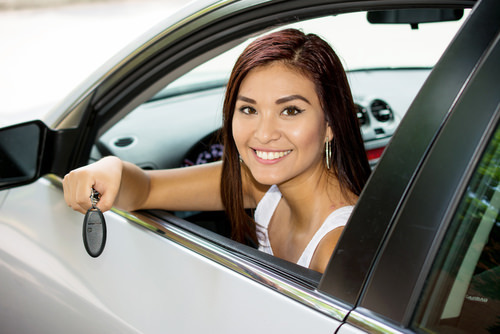 Proof of having a license is a defense to NRS 483.230 charges in Nevada.

4. Am I eligible for a Nevada driver’s license?

Barring extenuating circumstances, state residents 16 and older are eligible for some class of driver license upon passing the Nevada DMV driving test:5

5. Can illegal aliens get driver’s licenses?

Contrary to popular belief, undocumented immigrants may not be granted Nevada driver’s licenses. So foreigners who come to Las Vegas are in a catch-22 situation: They need to drive in order to commute to work, but they risk being removed from the country if a cop ever pulls them over and discovers they are undocumented.

Read more about driving rules for illegal aliens in Nevada.

Out-of-state defendants facing Nevada misdemeanor charges usually do not have to come back to the state for court appearances as long as they hire a local attorney to appear in court on their behalf.

Out-of-state defendants just have to be sure not to ignore the charge. Otherwise, the judge will issue a bench warrant for their arrest after the first missed court appearance or fine payment deadline.

7. How do I get a Nevada driver’s license?

State residents usually have to go to the DMV in person to apply for licensure. Applicants may be able to make appointments ahead of time online. Currently, the DMV has locations in Clark County and the rest of the state at:

Driver’s licensure applicants must be prepared to present the following documentation to the Nevada DMV:

8. What if my license was suspended?

Driving with suspended or revoked licensure in Nevada is an entirely different misdemeanor offense than driving with no license at all. The penalties depend on the reason for the suspension:

For more information, see our article on the Nevada crime of driving on a suspended or revoked license in Nevada.6

A conviction for driving unlicensed may be sealed one (1) year after the case closes.7 But there is no waiting period to get a seal if the traffic ticket charge gets dismissed.8

Even though violating NRS 483.230 is a minor offense, it may still look bad to potential employers when they run a background check. Anybody with a criminal record is encouraged to pursue a seal as soon as possible.

Driving unlicensed is not a deportable offense. Still, immigrants are always in a precarious situation when facing criminal charges. And undocumented aliens are vulnerable to removal whether or not they commit a crime…

Non-citizen defendants should seek legal counsel from an experienced law firm to discuss how to try to ensure that they may stay in the U.S. Learn more about the criminal defense of immigrants in Nevada.

Call our law office for a free consultation in the state of Nevada.

See our article about medically-restricted licenses.

Arrested in California? Refer to our article on California’s “driving without licensure” law.

Arrested in Colorado? Refer to our article on Colorado’s “driving without licensure” law.

Defendants on probation for a Colorado felony may not possess a gun. In most cases, this means they may not have a gun in their home. A defense attorney can ask the judge to make an exception if the gun belongs to someone else and is locked away so it is inaccessible to the defendant, ...