Making an improper turn in Nevada is a civil infraction with a typical civil penalty of around $395 and four (4) driver’s license demerit points in Nevada. But it may be possible to get the charge dismissed or lessened to a non-moving violation.

In this article our Las Vegas traffic ticket attorneys answer frequently-asked-questions about making improper right or left turns in Clark County and throughout Nevada. We discuss defenses, sentences, demerit points, record seals, and more. Click on a topic below to jump directly to that section:

If you have been injured by a vehicle making an improper turn, you may be entitled to a financial reward. Contact our Las Vegas personal injury attorneys to learn more. 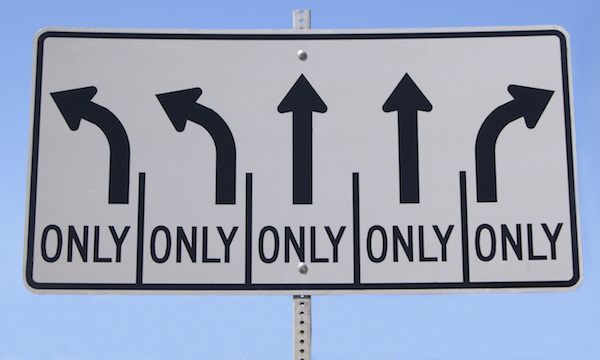 Making an improper turn is a civil infraction in Nevada.

1. What are the laws for making an improper turn in Nevada?

Drivers may turn only from right-most or left-most lanes or from other lanes marked as right or left turn lanes. And drivers must not make right or left turns in violation of traffic signs that indicate turns are prohibited. Nevada law specifies the following five rules for the various types of roadways:

The best way to disprove a traffic charge is to show that the D.A. has insufficient evidence. Typical evidence that the defense attorney may rely on includes:

Note that traffic cases are rarely heavily litigated. The prosecutor will usually agree to a settlement early in the process.

3. What are the penalties for making an improper turn in Las Vegas, Nevada?

Making an improper turn is a civil infraction carrying a maximum civil penalty of $500. The amount varies by jurisdiction. In Las Vegas, the usual civil penalty is $395.2

Probably, yes, unless the person has a long history of traffic violations. Every case is different, though.

The Nevada DMV‘s penalty for an improper turn is four (4) driver’s license demerit points. Demerit points go away after one (1) year. But having twelve (12) or more points on a license at one time will cause it to be suspended for six (6) months.3

Driving with a suspended license carries up to six (6) months in jail and/or up to $1,000 in fines. But it may be possible to contest the license suspension in the first place at a Nevada DMV hearing, which is like a small-scale trial.4

Probably, yes. That is why it is worth it to hire an attorney to try to get the charge reduced to a non-moving violation or dismissed, which should have no insurance consequences.

You get 90 days to pay before the court assesses a late penalty. Your license may also be suspended.6

Contact an attorney in the home state to discuss. In general, DMV offices impose the same penalty that they would if the driver picked up the ticket in their home state.

Since infractions are civil and not criminal, they do not appear on your criminal record. (Though if you do not pay the financial penalty, a civil judgment can show up on your record.)

Old misdemeanor-level convictions from before January 1, 2023 can be sealed one year after the case ended. Dismissed cases can be sealed right away.9

Infractions do show up on your driving record, which is unsealable.10

Making an improper turn is not a deportable offense, but immigrants are still urged to consult with an attorney.

By all means, fight. Chances are the prosecutor will reduce the charge to a non-moving violation and maybe a full dismissal with no demerit point penalties.

Yes. People cited for making an improper turn are entitled to a hearing.11

Having an attorney makes a lot of sense. Even though it should not matter, prosecutors usually make better offers to defense attorneys than to unrepresented defendants. And by hiring a lawyer, the defendant usually never has to appear in court.

Were you pulled over for making an improper turn in Clark County or elsewhere on Nevada’s highways? Then our Las Vegas criminal defense attorneys could help you try to get the charge reduced or dismissed. Call us for a consultation. Our goal is to reduce or eliminate your civil penalties and demerit points.

Were you or a loved one injured in an accident when a driver turned from the wrong lane in Nevada? Our Las Vegas car accident attorneys may be able to get you money to pay for your medical bills, pain and suffering, lost wages, and loss of future earnings. There is no fee unless we win your case. For cases in California, please see our page on Vehicle Code 22100 – California law on right and left-hand turning.

Also see our related article on failing to signal.