Driving through a safety zone is a misdemeanor in Las Vegas. The penalties include a $305 fine and four (4) driver’s license demerit points in Nevada. Under Nevada law, defendants may seal a traffic conviction 1 year after the case ends.

There are various defenses that may persuade prosecutors to reduce or drop traffic charges, such as:

Most importantly, people with traffic citations are cautioned not to ignore them. If they do, they may find themselves the subject of a bench warrant. A driver should legal counsel as soon as possible after getting a ticket. 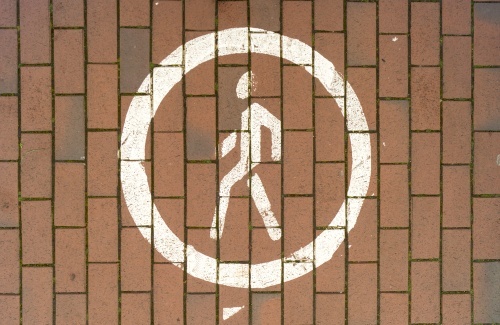 Driving through a safety zone is a misdemeanor offense in Nevada.

1. Can I drive through safety zones in Las Vegas, Nevada?

No. Nevada law prohibits vehicles from driving through “safety zones.” These are areas of road officially set aside for pedestrians’ exclusive use.

Safety zones are typically found near parks, universities and schools, fairgrounds, shopping centers, and special events. They are supposed to be plainly marked with signs so drivers know not to drive there.1

How to defend against a charge for driving through safety zones turns on the facts of the case and the available evidence: Some common defense strategies are:

2.1. The driver never drove through the safety zone

Maybe the driver only got near the safety zone. Maybe the policeman was mistaken about where the zone started. Maybe it appeared from the policeman’s vantage point that the driver went through the zone, but in fact, the driver stayed on the regular road…

2.2. An emergency forced the driver to drive through a safety zone

Every driver has at one time or another been thrust into emergency situations where they had to swerve quickly to avoid an accident. Especially if there are careless pedestrians milling about near a safety zone, a driver may have to make the reasonable decision to drive onto a safety zone to avoid a collision.

Nevada’s “sudden emergency doctrine” lets defendants off the hook for civil liability (such as in a personal injury suit) if their reasonable actions caused them to violate the law.2 In criminal traffic cases such as driving through safety zones, prosecutors may be similarly willing to drop charges if the defendant’s actions were reasonable under the circumstances.

2.3. The driver is the victim of false accusations

It is a sad reality that innocent people are falsely accused all the time. Sometimes the motivation is anger, revenge, or an innocent misunderstanding. But the defense attorney’s job is to thoroughly investigate the case as well as the accuser’s credibility in an effort to show that the driver did nothing illegal. As long as the D.A. has inadequate evidence to convince a court of the defendant’s guilt, there should be no guilty verdict.

Note that it is not a defense to NRS 484B.110 charges that the safety zone was empty of pedestrians. A driver can still face charges for driving through an empty safety zone.

3. What are the penalties for driving through safety zones in Las Vegas, Nevada?

In the City of Las Vegas, the fine for driving through safety zones is $305.3 The fine varies depending on the city and county.

As a misdemeanor, driving through a safety zone can carry up to $1,000 in fines and/or up to six (6) months in jail. But judges hardly ever sentence traffic defendants to jail.4

4. Can I get a charge reduced to a non-moving violation in Las Vegas, Nevada?

Every case is different, but yes in many cases. Most prosecutors are willing to offer a charge reduction unless the defendant has a long record of violating traffic laws.

In some cases, it may even be feasible to get the traffic case completely dismissed. Unless the prosecutors have enough solid evidence to prove guilt beyond a reasonable doubt, the driver should not be convicted.

Four (4) demerit points are the penalty that the Nevada DMV levies for driving through a safety zone.5 These points stay on the person’s license for a full year and then disappear.

The DMV imposes a six-month suspension on licenses that accumulate twelve (12) or more demerit points. Drivers can request a DMV hearing to contest the suspension, but it is recommended that they hire an attorney to appear for them.6

Do not drive if your license does get suspended. Driving on a suspended license is a misdemeanor carrying up to six (6) months in jail and/or up to $1,000 in fines.7

Probably, yes. That is why criminal defense attorneys urge traffic defendants to fight their charges. If the ticket gets reduced to a non-moving violation, insurance should not be affected.

After a 30-day grace period, Nevada judges issue bench warrants when defendant fails to show up to court. And if they are late in paying a fine, they may be given the opportunity to do community service instead; but they will get a bench warrant if they fail to complete the service.

People with bench warrants are subject to arrest at any time and may be held without bail.

The only way courts recall (or “quash”) bench warrants is at a court hearing. The defense attorney tries to convince the judge that the defendant promises to address the ticket and to make all future court dates and fine payments. Unless the defendant has a history of defying court orders, judges usually quash bench warrants.9

The Nevada DMV add four (4) demerit points to a driver’s commercial license (CDLs) for driving onto a safety zone. The driver also has to inform his/her employer about the ticket within 30 days of the incident10

It depends on that state’s rules. Seek legal counsel with an attorney in the home state.

11. When can I seal a conviction for driving through a safety zone in Nevada?

People convicted of driving through a safety zone in Nevada are required to wait one (1) year after the case ends to pursue a seal of their criminal record.11 But if the citation was dismissed (meaning there was no guilty plea or verdict), then the record seal process can begin immediately.12

No. Minor traffic violations are not deportable offenses. However, the government is always coming out with new laws that affect immigration policy. So people who have been cited for a traffic violation should at least consult with an attorney to discuss how to safeguard their resident status. Learn more about the criminal defense of immigrants in Nevada.

In most cases, it is a good idea to fight. Chances are decent that the D.A. will reduce the charge down to a non-moving violation or possibly a dismissal. And that would save the defendant from getting driver’s license demerit points and a car insurance rate increase.

Yes, anyone charged with a Nevada moving violation has the right to a trial. But note that the defendant may have only a bench trial (where the judge decides the verdict) and not a jury trial.

Also note that traffic ticket trials are almost unheard of. Nearly all cases settle without litigation.13

Anyone charged with a criminal defense should consider hiring private counsel. An attorney can:

Also, court is a scary place. Having an attorney makes the experience far less intimidating and helps the defendant feel more empowered in his/her rights.

People cited for traffic violations within the unincorporated area of Las Vegas can usually get their ticket cases resolved within a few days. This is because Las Vegas Justice Court holds biweekly “attorney sessions” on Tuesdays and Thursdays where defense attorneys and deputy district attorneys can hammer out plea bargains.

16. If a driver causes an accident by driving through a safety zone, can I file a lawsuit?

Sure. Driving through a safety zone is negligent behavior. And if an accident results, then the driver should be held liable for any physical injuries or property damage.

Nevada law allows car accident victims (plaintiffs) to file suit against drivers who drove through a safety zone (the defendants) under the legal doctrine of negligence per se. A defendant is liable under negligence per se if:

If the case goes to trial, our Las Vegas pedestrian knockdown attorneys would strive for the largest settlement possible to cover the victims’:

Our attorneys would fight for a large punitive damages award as well. And even if the victim may have been partially to blame for the accident, it still could be possible to win the case.

Note that most personal cases do not end with a trial. Most settle out of court. Learn more about our Las Vegas personal injury attorneys.

Were you cited for a traffic offense in Clark County or elsewhere in Nevada? Then our Las Vegas criminal defense attorneys are here for you. Call us for a FREE consult, and we can discuss how we will fight to get your charge dismissed or reduced. For cases in California, please see our page on Vehicle Code 21709 – driving through a pedestrain safety zone in California.

Is it possible to get a sentence modified in Nevada?

While guns and knives may be the first thing we think of when we think of “deadly weapons,” the kinds of objects that can get you charged and convicted for assault with a deadly weapon or that can result in more serious charges for other crimes in Las Vegas Nevada go far beyond those two ...