10 crimes that can get a legal resident deported in Nevada
U.S. Citizenship and Immigration Services website

Under the Trump administration, law enforcement is more aggressive about arresting non-citizens even if the deportable offenses they committed were relatively minor.

Below our Las Vegas “criminal defense of immigrants” attorneys discuss the various categories of crimes that can cause an alien in Nevada to be deported from the United States. Click on a topic to go to that section: 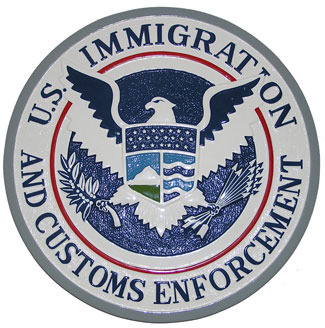 1. When are non-citizens “deportable” in Las Vegas, Nevada?

Non-citizens may be deported (kicked out) of the U.S. when they violate immigration laws. The circumstances under which they can be deported depends on whether they are in America lawfully or not.

Legal aliens (non-citizens with lawful immigration status) can be deported when they get convicted of a “deportable crime.”1

Note that the term “legal alien” includes all foreigners who are officially permitted to live in the U.S. Legal aliens include legal permanent residents (also called LPRs or green card holders),2 refugees,3 asylees,4 and visa-holders.

Also note that a deportable offense conviction not only makes the non-citizen subject to removal…but also he/she will also face criminal penalties associated with the offense as any U.S. citizen would. Typical penalties include fines, imprisonment and/or restitution.

Illegal aliens (also called “undocumented aliens”) can be removed from the U.S. just for being on U.S. soil, even if they are otherwise law-abiding. In practice, many undocumented aliens fly “under the radar” and never come to the attention of immigration authorities unless they get arrested.

Legal aliens in Nevada may face deportation if their convictions were for aggravated felonies, drug crimes, firearm crimes, domestic violence crimes, or crimes of moral turpitude: Aliens arrested for aggravated felonies will likely be put on an ICE hold.

Aggravated felonies are usually “intent crimes,” meaning that the prosecution has to prove that the alien committed the crime deliberately in order to be guilty of it.6 Therefore, a non-intent crime such as DUI is usually not considered an aggravated felony in Nevada; this is because a driver does not have to mean to drive drunk to be convicted of DUI.

Legal aliens who have been convicted of a controlled substance crime in Nevada face deportation proceedings. Note that merely admitting to being a drug addict or a drug dealer can subject a person to removal even if he/she was never convicted.7

The only drug crime that will not make a legal alien vulnerable to deportation is “possession of marijuana for personal use” as long as the marijuana weighed no more than thirty (30) grams.8

Firearms include any type of gun, from pistols to revolvers to rifles.9 A conviction of any firearm offense in Nevada renders legal aliens deportable.10 Therefore, an alien is deportable if he/she is convicted of buying, selling, offering for sale, exchanging, using, owning, possessing, or carrying a concealed gun without a permit, or of attempting or conspiring to do any of these acts.

Domestic violence is a broad category of crimes that involve physically violent or dangerous encounters between family members, co-parents, in-laws, dating partners, or roommates. Legal aliens in Nevada may face removal from America if they are convicted of such domestic violence-related offenses as the following: Aliens who committed domestic violence may be deported from the U.S.

An alien may also be found to be deportable in Nevada for violating a protection order, which is any injunction meant to prevent violent or threatening acts.11

Domestic violence crimes in Nevada are taken very seriously by immigration judges. Domestic violence is commonly referred to as a “triple whammy” crime because it also may qualify as an aggravated felony as well as a crime of moral turpitude, all of which trigger deportation proceedings.

Perhaps the most confusing aspect of immigration law concerns crimes involving moral turpitude (CIMT), which are included in the category of “general crimes.” Moral turpitude itself is difficult to define, but the concept refers to conduct that is considered to be contrary to community standards of justice, honesty or good morals.

In general, CIMTs are crimes which are particularly heinous and contrary to societal norms. A few examples of common CIMTs in Nevada are:

Legal aliens with a CIMT conviction are deportable. However, if the alien was convicted of only one CIMT, he/she may be safe from deportation unless:

An alien is also deemed deportable if at any time after his/her admission, he/she is convicted of two or more crimes involving moral turpitude.12

Some other, rarer crimes that legal aliens in Nevada may be removed for include the following: Aliens convicted of deportable offenses may be incarcerated at Las Vegas Immigration Jail.

Furthermore, there are security-related crimes that will lead to an alien’s deportation.15 These include:

Note that immigration law is full of “gray areas” where it may be unclear as to what behavior qualifies as deportable. Aliens facing deportation should always consult immigration attorneys to help determine whether their past behaviors can be interpreted as legal.

3. Can aliens be “deportable” when entering the U.S.?

Yes, there are individuals that are deemed deportable upon entry into the U.S. These individuals are usually held in custody at the border and promptly removed from the U.S.

Non-citizens who are deportable when trying to enter the U.S. typically fall into one of the following categories: The Trump administration has instituted the following changes to the enforcement of criminal immigration law:

ICE has always had prosecutorial discretion over whether to commence removal proceedings against a non-citizen convicted of a deportable offense.19 Under former President Obama, ICE prioritized the deportation of aliens who picked up relatively serious criminal convictions. (For Nevada non-citizens, this might include convictions for gang crimes, aggravated felonies, multiple misdemeanor offenses, etc.)

But under President Trump, the Department of Homeland Security (DHS) is prioritizing the deportation of any immigrant who is deportable due to criminal activity…20

For legal immigrants in Nevada, this means those with deportable convictions--even for relatively minor drug crimes. And for undocumented (illegal) immigrants, this means for any criminal conviction on their record. Indeed, DHS said it will target undocumented immigrants who have not been convicted but have merely been charged with a crime. (Recall that illegal aliens may be deported even if they never committed a crime--merely being undocumented can subject an alien to removal.)

Former President Obama had discontinued the “Secure Communities” program. This required local police agencies to provide ICE with the fingerprints of all arrestees. ICE would check these fingerprints against its databases and, if an arrestee was flagged as potentially deportable, ICE would ask the police to detain him/her for up to 48 hours while it investigated his/her immigration status.21 (Non-citizens who get arrested in Clark County may be incarcerated at Las Vegas immigration jail.)

You should not have to face immigration court by yourself…

If you are a legal alien who has been arrested, charged or convicted of a removable crime in Nevada, we might be able to save your resident status. Contact our Nevada immigration defense lawyers for a consultation today.