Failing to use headlights when required is a misdemeanor in Las Vegas carrying a fine of $205 and two (2) Nevada driver’s license demerit points. Nevada law mandates that drivers use headlights in the following situations:

Prosecutor may be willing to reduce citations for failing to use headlights to a non-moving violation or possibly a dismissal. Common defenses to NRS 484D.100 charges are:

Defendants who forget to handle their traffic tickets risk having a Nevada bench warrant issued for their arrest. Consequently, people who are being prosecuted for a traffic violation are advised to seek legal counsel right away. 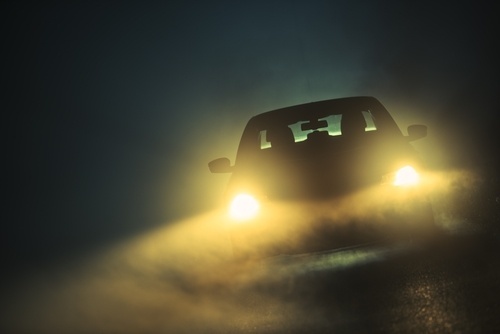 Driving with headlights is a requirement in Nevada when it is dark or during inclement weather.

1. When headlights are required in Las Vegas, Nevada

Nevada drivers are required to turn on their headlights in the following three circumstances:

In short, drivers are required to use headlights when it is too dark to drive safely. Many cars now turn on headlights automatically when it gets dark.1

Since high beams can be blinding to other motorists, drivers may not use them when they are either:

Therefore, drivers tend to rely on brights only on rural roads where there is little traffic. Learn more about the Nevada crime of failing to dim high beams.

How best to defend against charges of not using headlights when necessary always depends on the facts of the case, such as the time of day and weather. Typical arguments to fight traffic charges include:

False accusations can be a defense to NRS 484D.100 charges.

2.1. The driver followed the law

Sometimes police get it wrong and erroneously believe they observed someone violating a traffic law. Or perhaps a driver did forget to use headlights, the police mistakenly cited another, innocent driver.

This is when a defense attorney would try to find surveillance video of the incident as well as eyewitnesses in an effort to demonstrate the defendant’s innocence. As long as the D.A. cannot prove beyond a reasonable doubt that the defendant neglected to use headlights, the D.A. should drop the matter.

2.2. There was an emergency that justified not using headlights

Prosecutors may show sympathy when a person finds him/herself in a dangerous situation where there is no choice but to drive without headlights: Perhaps there is a fire or another natural disaster where the only mode of escape is a vehicle with broken headlights. Or perhaps a dangerous predator is stalking the defendant, and he/she turns off the headlights in an attempt to elude capture.

Under Nevada law, drivers can avoid civil liability for damages when they react reasonably to emergency situations.3 Depending on the case, prosecutors may accept this “sudden emergency doctrine” as a defense to criminal traffic charges as well. As long as any reasonable person in the same situation as the defendant would have driven without headlights, there is a good chance the D.A. will dismiss the charge.

Every day, drivers lose their cool and lash out at each other out of road rage. If a defendant may have been falsely accused by another driver of not using headlights, the defense attorney would hunt for all available surveillance video and eyewitnesses to prove the accuser wrong. As long as the D.A. has insufficient evidence to sustain a guilty verdict, the defendant should avoid conviction.

Note that most traffic cases involve no extensive litigation. Since there are so many traffic cases, prosecutors are usually quick to offer a favorable plea deal without any evidence of the defendants’ innocence.

3. Penalties for failing to use headlights in Las Vegas, Nevada 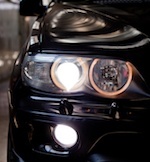 The fine for failing to use headlights in the City of Las Vegas is $205.4 This fine is usually lower in other Nevada cities and counties.

Even though violating NRS 484D.100 carries a maximum misdemeanor penalty of $1,000 and/or six (6) months in jail, it is extremely rare for a court to impose incarceration for a simple traffic ticket.5

Most Nevada prosecutors are generous about lessening NRS 484D.100 charges down to a non-moving violation as part of a plea deal. And if the defense attorney can show that the state’s evidence is particularly weak, the prosecutor may even be willing to dismiss the charge.

If a Nevada driver ever accumulates twelve (12) or more demerit points, the DMV will suspend the person’s license for six (6) months. The only way to fight the suspension is through a DMV administrative hearing, which is like to a miniature trial.7

Not using headlights is considered a moving violation in Nevada, and insurance companies usually do increase rates for moving violation convictions. Therefore, traffic defendants are advised to hire an attorney to try to get NRS 484D.100 charges reduced to a non-moving violation, which will not cause insurance rates to increase. 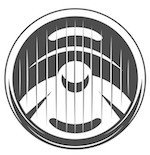 Ignoring traffic tickets results in a bench warrant being issued for the defendant.

When defendants do not address their traffic tickets — either by hiring an attorney or paying the fine — after a thirty-day grace period, the judge will issue a bench warrant for their arrest. This means that the police may arrest the defendants at any time and hold them without bail.

(Defendants late on payments can do community service instead. But they must complete the service; otherwise, a bench warrant will issue anyway.)

Judges usually do agree to quash warrants for a first-time offense. But if the defendant has a history of missing court appearances, judges are more likely to keep the defendant in custody pending the resolution of the traffic case.9

11. Sealing convictions for failing to use headlights in Nevada

The waiting period to get an NRS 484D.100 conviction sealed is one (1) year after the case closes.11 But if the case gets dismissed — meaning there is no conviction — then the defendant can pursue a record seal right away.12 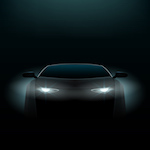 Violating NRS 484D.100 is not a deportable offense.

A legal alien will not be deported for just an NRS 484D.100 conviction. (Learn more about the criminal defense of immigrants in Nevada.)

But note that illegal aliens may be deported no matter whether they have committed a crime. Learn more about how our Nevada immigration attorneys may help undocumented immigrants obtain legal status in the U.S.

It is usually a good idea to fight a traffic ticket because there is a high likelihood that prosecutors will agree to reduce the charge or possibly dismiss it. And this would allow the defendant to avoid car insurance hikes and demerit point penalties.

15. Reasons to hire an attorney

Drivers who fail to use headlights in the dark or harsh weather are exhibiting negligence to other drivers and pedestrians. Under Nevada law, car accident victims (“plaintiffs”) may sue the other drivers (“defendants”) under the legal doctrine of negligence per se. In order to prevail in a lawsuit, the defendant would need to show:

Even if the injured driver was partially at fault for causing the accident, he/she might still be able to get damages: Nevada’s comparative negligence laws permit plaintiffs to recover money as long as they were no more than 50% to blame.15

No matter whether a car accident lawsuit resolves out of court or through a trial, our Las Vegas car accident attorneys fight to pursue ample financial rewards to cover the victims’: 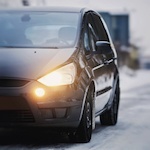 People who violate NRS 484D.100 may be liable for causing car accidents.

The Nevada crime of making an improper turn carries a $395 fine in Las Vegas and four (4) driver’s license demerit points. But it may be possible to get the charge dismissed or lessened to a non-moving violation.

Were you cited for failing to use headlights in Clark County or elsewhere in Nevada? Then call our Las Vegas criminal defense attorneys for a free consultation. We can discuss how we will fight to get your citation thrown out or lessened to a non-moving offense.

For California cases, please visit our page on traffic tickets for failing to use headlights in California – Vehicle Code 24250.

What are the Penalties for Vandalizing a Mosque in Las Vegas?

In the wake of the terrorist attacks in Paris, San Bernardino, and elsewhere, there has been an uptick in crimes against Muslim-Americans, including vandalism of mosques. If you vandalize or damage a mosque in Las Vegas or disrupt worship being conducted within a mosque, you can face serious criminal penalties. NRS 206.125 NRS 206.125 makes ...

Is hotel security in Las Vegas allowed to search me for drugs?

Las Vegas hotel security guards are not police. Therefore, they are not bound by the Fourth Amendment. They do not need search warrants – or a constitutional exception to the search warrant requirement – to search a hotel patron for drugs. However, hotel security rarely searches patrons for drugs without their permission. In practice, hotel ...

Do I Need A Lawyer If I Get a DUI in Nevada?

All states have stringent DUI laws with stiff penalties, and Nevada is no exception. Nevada DUI laws are set forth in NRS 484C.110. Whether your DUI charges will result in a conviction, or what penalties you will receive can be influenced by many different factors. Your blood alcohol will, of course, be looked at, but ...