A criminal case in Nevada can be a long, drawn-out process even if the offense is minor. There are many procedures that must take place in and out of court before a case can be closed. This page explains each phase of a Nevada criminal case step-by-step. Keep reading to learn about the following subjects:

(Click on a topic to go directly to that section.) 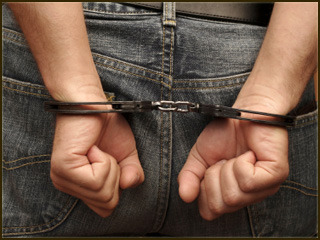 After police conclude a pre-file investigation in Nevada,  they give their findings to the D.A. If the D.A. chooses to press charges, they have two choices on how to proceed in Nevada:

Also note that police have a limited amount of time to prosecute suspects. Learn more about statutes of limitations in Nevada criminal cases.

A cop with "probable cause" to believe a person committed a crime may arrest that person. Sometimes a Nevada arrest (NRS 171.104) follows an investigation where the police ask a judge for an arrest warrant. Other times the arrest occurs right after the alleged crime without the cop being able to secure a warrant first. (For more information go to our page on how to clear an arrest warrant in Nevada.)

Following an arrest, the police may search the person's body for drugs, weapons or other crime-related paraphernalia. The police must also read the arrestee his/her Miranda Rights before they can question him/her about the alleged crime.

Eventually, the police will take the arrestee to jail for booking. The arrestee will then have to take a mug-shot, give fingerprints, and submit to a more thorough search. The arrestee then waits in a holding cell pending the judge setting bail.

Not all criminal cases begin with a traditional arrest. If the case is minor enough (such as the Nevada crime of jaywalking), then the police will usually just issue a "citation" with a date to appear in court and answer to the charge.

In other cases police may forgo arrest by having the court mail the suspect a "summons" requesting him/her appear in court to answer to the charge. Depending on the charge the suspect may then have to do a "walk through" in jail. This is when the defendant gets formally booked but is released the same day pending the outcome of the case.

Nevada courts may resort to citations and summons in cases where the suspect is not considered a flight risk and there is no immediate necessity to keep him/her in custody.

Nevada judges may release an arrested person from jail provided that he/she can give the court money called "bail." This money functions as a promise to the court that the person will show up to all required court appearances and follow court orders. Then once the criminal case ends the person will get the bail back even if he/she is convicted.

Courts have "bail schedules" where each crime is matched with a bail amount. Predictably, serious crimes carry higher bail than minor crimes. Some suspects are released on their "own recognizance in Nevada" for no bail at all. And for very serious cases like the Nevada crime of murder the judge may refuse to set bail and will keep the suspect in custody pending the case's outcome.

The arraignment (also called "initial arraignment") is usually the first court appearance the defendant makes. Depending on the case the arraignment will always either be in a Nevada justice court or a municipal court.

At the beginning of an arraignment, the prosecution presents the defendant with a criminal "complaint" listing the crimes he/she allegedly committed. The defendant then enters a plea of guilty or not guilty. Almost always the defendant pleads "not guilty" even if he/she later takes a plea bargain.

After the defendant enters a plea the judge will set another court appearance. Depending on the case the next appearance will either be a trial or a preliminary hearing. In some cases, the judge may instead set the date for a status check or a pretrial to give the parties time to reach a plea bargain. Read further in our article on arraignments in Nevada and plea bargains in Nevada.

Once the arraignment is over the case enters the pretrial phase. At this time the D.A. gives the defense attorney all their "discovery" which is the evidence they intend to use at trial against the defendant. The D.A. is also obligated to hand over any evidence that could prove helpful to the defendant.

During this time the defense and D.A. have pretrial conferences where they discuss plea bargains. A plea bargain is like "settling out of court" where the defendant agrees to plead guilty (or "no contest), sometimes to reduced charges or for lesser penalties. This way the D.A. wins a conviction and the defendant receives a laxer sentence than if he/she was found guilty at trial on the original charge.

If the judge accepts the plea bargain the case goes straight to the sentencing stage. But note that a judge has no obligation to agree to the plea bargain (though they usually do). Also, note that misdemeanor pleas are handled in justice or municipal court whereas felony pleas are handled in district court. Learn more in our article on pretrial conferences in Nevada.

The pretrial phase is also when defendants can object to the "joinder" of charges or co-defendants by filing a "motion to sever." Learn more about joinder in Nevada criminal cases.

Preliminary hearings come into play when the defendant is charged with a felony in Nevada. They are like "mini-trials" to help the judge decide whether there is enough evidence for the case to transfer from justice court up to district court (which is the only court that handles felony trials).

After a preliminary hearing, the judge may either dismiss the charges or allow the case to be "bound over" to the district court. The prosecutor may also dismiss, add or amend charges at this time. Read more in our article on preliminary hearings in Nevada.

A case that does not get dismissed or resolved by plea bargain goes to trial. Prior to trial each side may file various pretrial motions such as a motion to suppress evidence in Nevada. Each side may also ask the court to issue Nevada subpoenas compelling witnesses to appear in court and testify. And even after the trial begins both sides can still agree to a plea bargain up until the verdict is rendered.

Everyone who is charged with a crime in Nevada is entitled to at least a bench trial, which is where the judge and not a jury decides on the verdict. But jury trials are available only to defendants facing more than six months in jail or a charge of misdemeanor battery domestic violence in Nevada.

Defendants do not have to take the stand during their own trial. They also have the right to call and cross-examine witnesses as well as to introduce evidence. For more information refer to our articles on bench trials in Nevada and jury trials in Nevada.

See our article on failure to appear for jury duty in Nevada (NRS 6.040).

A sentencing hearing is like a trial except that the issue is not guilt versus innocence but rather a lighter sentence versus a harsher sentence. Both sides may present witnesses and arguments in support of their position. In felony cases, the Nevada Department of Parole  will give a recommendation. At the end the judge will hand down a sentence that may include:

Note that felony convictions may carry additional consequences depending on the case such as:

In cases where the defendant was convicted of more than one crime, the judge usually retains the discretion to impose the sentences concurrently (so they run at the same time) or consecutively (one after the other). Read more in our informational articles on sentencing in Las Vegas, sentencing hearings in Nevada, discharge from probation (NRS 176A.850), and early termination of probation in Nevada.

Defendants who are found guilty of a crime at trial have the right to appeal to a higher court. For instance, a case in Clark County District Court may be appealed to the Nevada Supreme Court. But the process is very confusing and complicated, so defendants need counsel to ensure they follow the procedural rules.

Appeals are not the only options defendants have after being convicted at trial. They can also file a motion for a new trial. And if they are in prison defendants can file a writ of habeas corpus protesting their incarceration. Read more about the appeals process at our page on how to appeal a Nevada criminal conviction.

Criminal convictions stay on a person's police and court records forever unless they get sealed. Therefore these convictions come up on background checks and may turn off potential employers. But most Nevada crimes may be sealed from a defendant's record after a certain number of years have passed:

If you have been accused of a crime in Nevada call Las Vegas criminal defense lawyers at 702-DEFENSE (702-333-3673) for a free consultation. They will hold your hand through the entire court process and fight for the best possible resolution for your case.