Normally, DUI of alcohol or drugs is treated as a misdemeanor offense in Nevada. But DUI can be charged as a felony in 3 situations:

Specifically, these are the felony DUI scenarios:

It makes no difference if any prior DUIs occurred in Nevada or another state or U.S. territory. 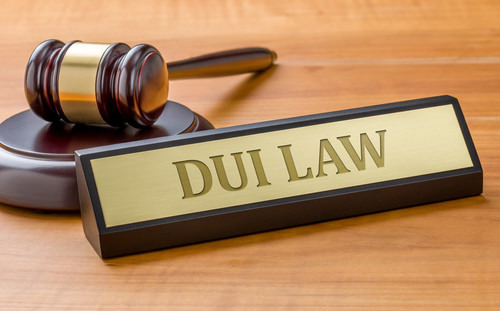 DUI is a felony in Nevada if someone gets seriously hurt or if the defendant has two prior DUI convictions in the last seven years.

1. What are the penalties for felony DUI in Nevada?

It depends on the specific crime the defendant gets convicted of:

Any prison sentences will likely be served in a minimum-security facility. If possible, the defendant will be segregated from violent offenders.

The Nevada DMV can still suspend a defendant’s license even if the charges get dropped. Learn more about avoiding a license suspension.1

2. Can I get a felony DUI charge reduced to a misdemeanor?

DUI-third defendants may be able to get the charge reduced to a misdemeanor DUI-second by doing Felony DUI Court. Also called the Serious Offenders Program, DUI Court is an intensive rehabilitation program that lasts three to five years.2

Otherwise, prosecutors are not allowed to reduce felony-level DUIs down to misdemeanors unless they lack evidence to justify the felony charge.3 So the defense attorney’s job is to show prosecutors that they lack this evidence.

For instance, a DUI-third charge can get knocked down if there are insufficient records of the defendant’s prior DUI convictions. And a DUI causing injury charge should be reduced if the prosecutor cannot show that the defendant’s impaired state caused the accident.

Scroll down to section four for possible defense strategies that could get felony-level DUI charges completely dismissed.

3. Can the record of conviction be sealed?

Felony drunk or drugged convictions may never be sealed in Nevada.

Learn how to get a Nevada DUI criminal record seal.

4. What are the best defenses to felony DUI?

Five possible arguments to get felony-level DUI charges dropped include:

Ultimately, prosecutors have the burden to prove guilt beyond a reasonable doubt. If the defense attorney can show that the state’s case is too holey or inconsistent to meet this burden, the case should be dropped.

Arrested for drunk or drugged driving in Nevada? Call our Las Vegas criminal defense attorneys for a consultation. We have decades of combined experience in fighting to get DUI charges reduced or dismissed.

Also see our article on Fourth DUIs and Four ways DUI can be a felony.

In Colorado? See our article on felony DUI/DWAI in Colorado.