Playlist: Motions for a New Trial in Nevada

A motion for a new trial in Nevada criminal cases is where a defendant who gets convicted at trial asks the judge to vacate the guilty verdict and grant an entirely new trial. Courts allow trial do-overs for various reasons, such as newly discovered evidence, ineffective assistance of counsel, or misconduct by the prosecutors, jurors, or judge. If the judge denies the motion, defendants can still pursue an appeal.

The court may grant a new trial to a defendant if required as a matter of law or on the ground of newly discovered evidence.

1. What is a “motion for a new trial” in Nevada criminal cases?

Like it sounds, a motion for a new trial is when a defendant who is found guilty at trial asks the court to hold a new trial. If the judge grants the motion and the defendant gets a new trial, then the verdict of the original trial no longer matters.1

2. How is it different from an appeal?

An appeal is heard in a higher court than the court which heard the original case. For instance, a defendant found guilty in Clark County District Court appeals to the Nevada Supreme Court. In contrast, new trials are heard in the same trial court that heard the original case. So a defendant found guilty in Las Vegas Justice Court would request a new trial in Las Vegas Justice Court.

The other main difference between appeals and new trials concerns evidence. In appeals, defendants are not allowed to introduce any new evidence. This is because appellate courts merely review the original trial. In contrast, new trials may include new evidence.2

In practice, many convicted defendants never request new trials and only pursue appeals. This is because judges very rarely grant new trials. Judges do not like to admit that trials they presided over were flawed in any way. 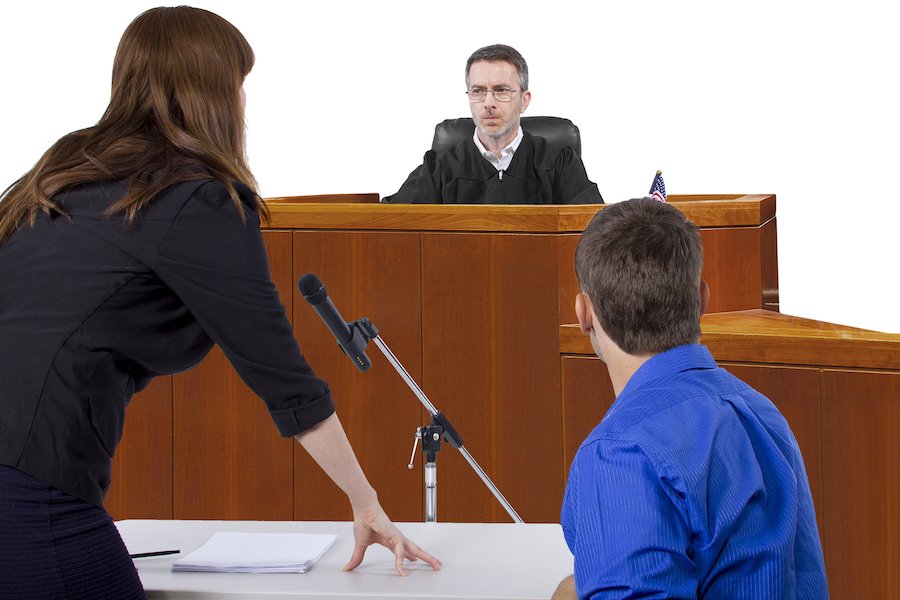 Nevada judges only rarely grant motions for a new trial.

3. What are the grounds to get a new trial?

There is no set list of reasons that justify new criminal trials in Nevada. In general, a new trial is meant to correct an injustice that occurred in the first trial. The following are some reasons a court may grant a convicted person a redo.

Consequently, Nevada courts have a very high bar for granting new trials based on new evidence. The evidence needs to be highly relevant, favorable to the defendant, and it cannot have been reasonably findable during the original trial.

Example: Rob is convicted of burglary (NRS 205.060) in Henderson. Following his conviction, his attorney finds surveillance video that shows that Rob never entered the building. If Rob files a motion for a new trial in Henderson Justice Court, the court may deny the request if it finds that Rob should have reasonably been able to get the surveillance video during the first trial.

Note that whether the new evidence warrants a new trial is largely a matter of opinion. An experienced criminal defense attorney would try to spin the argument to show that any new evidence qualifies as grounds for a new trial in Nevada.

Sometimes judges make mistakes such as handing down a legally false ruling or misdirecting the jury on a legal matter. Or sometimes a court-appointed interpreter makes an error in translating testimony.

A frequent ground for a new trial is when a prosecutor commits misconduct so gross it prejudices the defendant. The most serious type of prosecutorial misconduct is failing to disclose exculpatory evidence, which is evidence that suggests the defendant is not guilty.5

Other examples of prosecutorial misconduct includes referring to inadmissible evidence in front of the jury or failing to gather material evidence out of gross negligence or bad faith.

Note that juror incompetence is usually not a ground for a new trial unless the defendant already raised an objection to the juror’s competence prior to the first trial’s verdict.7

3.5. Loss of trial transcript or record

A defendant in a Nevada criminal case may be hindered from bringing an effective appeal if the trial’s records and transcripts get lost or destroyed. If the extent of the loss would prejudice the defendant, the court may grant him/her a new trial.8 A common ground for a new trial is newly discovered evidence.

The incompetence of the defendant’s lawyer may be a ground for a new criminal trial if the court determines that the incompetence prejudiced the defendant and deprived him/her of a fair trial. Consequently, minor mistakes that did not influence the course or outcome of the case would not qualify.9

A defendant in a Nevada criminal case can attempt to get a new trial by claiming that there was too much conflicting evidence to justify the guilty verdict. Courts use a totality of the evidence standard to deliberate whether the evidence admitted at trial was not consistent enough to sustain a conviction.10

Nevada courts may grant a new criminal trial on the grounds that the first trial was marred by perjury (lying under oath) only if the following four elements are true:

Therefore, perjury necessitates a new trial only if the court believes that the perjury prejudiced the defendant.11

A jury should not find a defendant guilty of a crime unless it believes the prosecution proved the defendant’s guilt beyond a reasonable doubt. But juries can make mistakes, be manipulated, or even succumb to corruption.

If the judge believes the jury convicted the defendant on insufficient evidence, the judge can acquit the defendant. But the defendant would not then get a new trial; instead, the charges would be dismissed. This is because the constitutional protection against double jeopardy prevents a defendant from being tried for the same crime he/she was already acquitted of.

It is rare for courts to set aside guilty verdicts because judges typically defer to the jury’s judgment. Judges only take this step when the evidence is so insufficient that it results in a miscarriage of justice or actually prejudices the defendant in respect to a substantial right.12

4. When is the deadline to file?

5. What if the judge denies a new trial?

Call our law firm for legal advice. We offer consultations in the state of Nevada. We also practice personal injury law, family law, and immigration law.

In California? See our article on California laws for filing a motion for a new trial.

In Colorado? See our article on Colorado laws for filing a motion for a new trial.