A pre-file investigation in Nevada is when police and prosecutors investigate alleged criminal activity prior to arresting you. If prosecutors find probable cause that a crime occurred, they will file charges.

If you know you are under investigation, you can hire criminal defense attorneys to gather favorable evidence and try to persuade prosecutors to drop the case without pressing charges.

1. What are pre-file investigations in Nevada?

When police suspect criminal activity, they investigate. This is called a pre-file. It precedes filing criminal charges.

During a pre-file, law enforcement may:

The District Attorney (D.A.) then decides whether to press charges.

If you know you are under investigation, you should lawyer up as soon as possible. Defense attorneys conduct independent probes, which place you in a readier position if the D.A. prosecutes.1

2. How do I find out if I am under investigation?

Police detectives may phone or show up at your doorstep. But often pre-files remain secret. Covert operations reduce the chances that suspects will flee or destroy evidence (NRS 199.220).

If an investigator calls, do not answer. And give no information. Otherwise you may inadvertently say something that could hurt your case. Instead, you should consult an attorney.

3. How long are pre-file investigations?

It varies case-to-case. Some can last months. This is not unusual in cases involving:

4. Do investigations occur before arrests?

It depends. Sometimes police have insufficient probable cause to arrest you. Therefore the police will conduct a pre-file investigation. If they gather adequate evidence, they will conduct an arrest, and the D.A. will file charges.

In other cases, an arrest is the start of a pre-file investigation. Getting arrested does not necessarily mean that the D.A. has enough evidence to press charges. Therefore whenever you get arrested, the case typically goes into screening. This is when the D.A. examines (screens) the police reports to decide whether the case is strong enough to bring criminal charges. If there is not enough evidence, the D.A. will deny the case. This means no criminal charges will be brought.

In more serious or high-profile cases, police may have enough probable cause to arrest you but will hold off on until they gather all available evidence through the investigation. Then they might pursue an indictment, where a grand injury – instead of one judge – finds that there is probable cause for arrest. This way the D.A. is confident from the beginning they have a strong case and can formally press charges shortly after the arrest.2

Note that “probable cause” is a much lower bar than “beyond a reasonable doubt”, which is the standard for convicting a defendant. 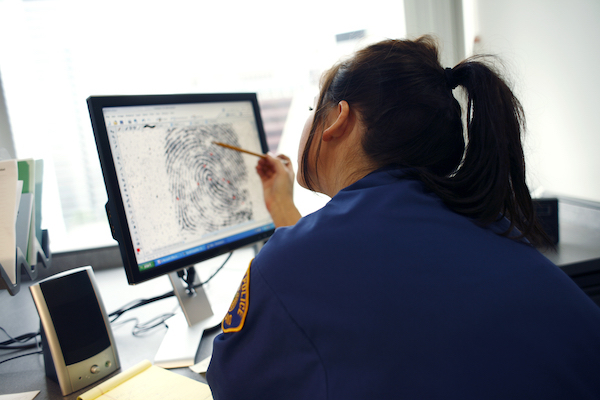 The investigation stage for serious crimes can go on for weeks or months.

No. Never speak to police. You have the Constitutional right against self-incrimination. This is the right to remain silent. And choosing to remain silent cannot be used against you in court.3

Meanwhile, giving damning statements to police can sink your defense. It is difficult to get statements or confessions excluded as evidence.

When you are being investigated for a crime, you are understandably eager to tell your side of the story to police. You may feel that if you cooperate fully and answer questions, the investigation will go away. But that does not happen. Speaking to the police can only make matters worse.

Police are allowed to lie when they question you. Police may:

That is why you should remain silent and let your attorneys speak for them.

6. What do I tell police when they question me?

If the police call or knock, avoid answering. Otherwise, say you are exercising the Fifth Amendment and remain silent.

Police may ask to search you or your home. Politely refuse. Police need a warrant or extenuating circumstances to search.

If police do have a search warrant, then let them search. Otherwise, the D.A. can bring obstruction (NRS 197.190) charges as well.

7. Can I hire a lawyer before there are criminal charges?

Absolutely. Anyone under investigation for committing a crime should hire an experienced attorney. That way, defense counsel can:

In many cases, a Nevada attorney can appear on your behalf at the arraignment.

8. Can my lawyer speak with the D.A. while I am under investigation?

Yes. Criminal defense lawyers may discuss pre-file cases with prosecutors. This might persuade the D.A. to drop the charges or file less serious charges. But in some cases, contacting the D.A. early is not wise.

Thousands of cases swamp the D.A.’s office with some going unnoticed, especially misdemeanors. Contacting prosecutors about a case draws attention to it, so it may be best to wait and see what happens. Maybe the case will fall through the cracks, resulting in no charges.

9. Can my lawyer stop criminal charges against me?

Possibly. First your criminal attorneys will evaluate the exculpatory (favorable) evidence. Then they can approach the D.A. and argue that the state does not have sufficient evidence to sustain a conviction. The D.A. may then elect to drop the investigation.

But some prosecutors insist on bringing formal charges and forcing the matter to play out in court no matter what criminal lawyers do to dissuade them.

10. How long does the DA have to file charges in Nevada?

The statute of limitations by which Nevada prosecutors must press charges usually depends on the class of crime:

Learn more about criminal statutes of limitations in Nevada.

Call our criminal law firm for legal advice. Our criminal justice lawyers offer free consultations in the state of Nevada.

Investigated for a crime in Nevada? Do not speak any police officers. Call our law firm to discuss creating an attorney-client relationship.

We represented clients charged with every type of criminal offense, including DUI, sexual assault, hit and run, domestic violence, theft, and more. And we serve clients in Las Vegas, NV, Henderson, and throughout the state.

Also learn about criminal statutes of limitations in Nevada.