Felonies are the most serious category of crime in Nevada. Everyone charged with a felony is entitled to a jury trial. A conviction typically carries a one (1) year minimum term in Nevada State Prison.

Even if a defendant avoids incarceration by probation or a plea, having a felony criminal record can hinder future employment and residential prospects. The waiting period to get a felony record sealed ranges from five (5) years to ten (10) years or sometimes never, depending on the crime.

Aliens convicted of certain aggravated felonies face deportation from the U.S. Therefore non-citizens charged with felonies should retain counsel to try to get the charges dismissed or reduced to non-deportable offenses.

In this article, our Las Vegas felony lawyers answer frequently-asked-questions about "felony" crimes in Nevada. We discuss definitions, penalties, record sealing waiting time frames, and immigration consequences. Click on a topic to go to that section: 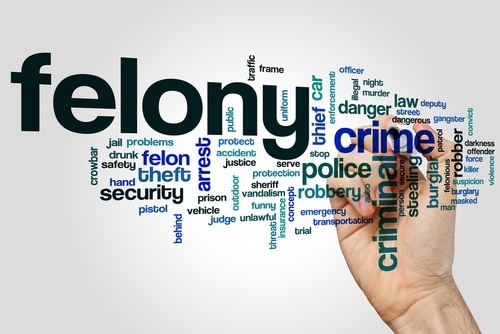 1. What are felonies in Nevada?

Nevada has five categories of felonies. They are (ranging from the most major crimes to the most minor):

2. What are felony penalties in Nevada?

The punishment depends on the category of felony. 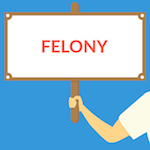 Category E felonies are usually probationable without prison time. But the maximum sentence is:

Note that it may be possible to get even the most serious felony charges reduced to lesser offenses as part of a plea bargain or dismissed outright. The judge may also grant alternatives sentences to prison, such as house arrest with electronic monitoring.

3. Can I get a jury trial for a felony charge in Nevada?

Yes. The U.S. Constitution's Sixth Amendment entitles people charged with felonies in Nevada to a jury trial. Defendants who do not want a jury trial may elect to have a bench trial, where the judge and not a jury returns the verdict.

4. Can I get felonies sealed in Nevada?

It depends on the offense. Three types of crimes can never be sealed:

Violent felonies as well as burglary of a residence may not be sealed until ten (10) years after the case closes.

Otherwise, felonies may be sealed after specified time periods depending on the category of felony: 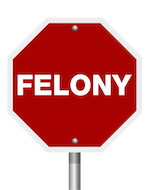 Note that there is no waiting period necessary to seal felony cases that get dismissed (which means there is no conviction). Also, note that the judge has final discretion over whether to grant a record seal request.

5. Can a felony get me deported?

Possibly. Non-citizens in Nevada face deportation for being convicted of an aggravated felony or crimes involving moral turpitude. Examples of deportable felonies include:

Aliens arrested for any crime in Nevada are advised to retain experienced counsel as soon as possible. They may be able to persuade the prosecutor to dismiss the case or reduce it to a non-deportable offense. Learn more about the criminal defense of immigrants in Nevada.