Tourists from all over the world flock to Las Vegas for its infamous nightclubs.1 But police see these venues as hotbeds for such illegal activities as:

These charges could result in lengthy sentences in Nevada State Prison. But the D.A. may have a difficult time proving guilt if there is no video surveillance of or witnesses to the alleged crime. And considering how dark and disorienting nightclubs are, security personnel are bound to misread situations and mistakenly apprehend the wrong people.

On thi,s page our Las Vegas criminal defense attorneys explain the definition, ways to fight charges, and possible penalties for Nevada nightclub offenses. Click on a crime to jump to that section: 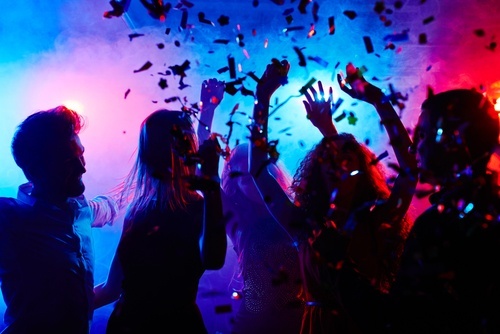 Many arrests occur in Las Vegas nightclubs for battery, drugs, and other offenses.

Nightclub bouncers and security guards are on high alert for patrons using or selling controlled substances such as methamphetamine, cocaine, ecstasy, heroin, and pot. Depending on the case, typical defenses to Nevada narcotics charges are:

The judge may grant probation instead of incarceration for a first-time drug offense. And in some cases, the judge may agree to let the defendant do a court-supervised rehabilitation program (Drug Court) instead of jail. But the maximum punishment for Nevada drug crimes turns on whether the charge was for possession for personal use, possession with intent to sell the drugs, or selling:

Note that Nevada law imposes different penalties for using or selling marijuana. Also note that it is still illegal to possess or use pot in public. Read more in our articles on Nevada marijuana laws.2

As with bars, it is common for altercations to break out at Las Vegas nightlife hotspots. Patrons whose fights turn physical can be prosecuted for battery, which is legally defined as deliberately touching another human being in an illegal or unwanted manner. North Las Vegas criminal defense attorney Neil Shouse provides an example.

Example: Tom is having drinks at the Blue Martini (Town Square) with his girlfriend. Tom notices another guy, John, making eyes at her. Enraged, Tom accosts John and throws punches at him. John defends himself, and it devolves into a fist-fight. Security thought John hit first, and the police book John at the Clark County Detention Center for battery.

Three other potential defense strategies to fight battery charges in Nevada are:

The penalties for battery depend on whether the defendant employed a deadly weapon and whether the victim experienced substantial bodily harm. Battery that does not involve a deadly weapon or serious injuries is a misdemeanor in Nevada, which carries a maximum of:

In the meantime, a battery that does not involve a deadly weapon but does result in substantial bodily harm is a category C felony, which carries:

In addition, a battery that involves a deadly weapon but does not involve serious injuries is a category B felony, which carries:

Finally, a battery that involves a deadly weapon, as well as substantial bodily harm in Nevada, is a category B felony, which carries:

Note that a D.A. may agree to lessen a first-time battery charge to disorderly conduct or even drop it. In exchange, the defendant would pay a fine, perform community service and/or complete an anger management class.3

Nevada outlaws anyone from making "any open and indecent or obscene exposure of his/her person, or of another person." A nightclub's loud music, dark spaces, dizzying lights, and flowing alcohol may lead club-hoppers and ravers to lower their inhibitions. North Las Vegas criminal defense attorney Michael Becker explains how indecent exposure may occur at a Las Vegas nightclub: 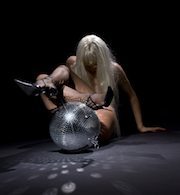 Example: Ellie goes to Drop Bar in Green Valley Ranch and drinks too much. When her favorite song comes on, she climbs on the bar table and takes off all her clothes while belting out the lyrics. Security sees Ellie and detains her until the police arrive and can book her at the Henderson Detention Center for indecent exposure.

In the above example, it would not make a difference whether Ellie was the only patron there or she stripped for only a moment. Ellie could still be busted for indecent exposure in Nevada simply for exposing herself in a location where other people may be able to see her.

Other types of indecent exposure are flashing or tearing off someone else's clothes while in public. Note that nightclubs are not the same as strip clubs, which have special adult entertainment licenses that permit topless or nude performers.

The most effective defenses to Nevada charges of indecent exposure turn on the circumstances of the case. In some situations, the D.A. does not have enough evidence to prove guilt beyond a reasonable doubt. As long as there is no video footage of the incident or credible witnesses who saw the alleged indecent exposure, the D.A. may have to drop the charge for lack of proof.

A second-time or subsequent charge of indecent exposure is a category D felony in Nevada, which carries:

Note that defendants who are convicted of indecent exposure will also be required to register as sex offenders in Nevada.4

Open or gross lewdness is a broad offense in Nevada that encompasses either of the following illegal acts:

For example, three illustrations of open or gross lewdness are:

Similar to indecent exposure, the most effective defenses to open or gross lewdness charges turn on the unique situation of the case. Unless the D.A. has clear surveillance video of the alleged lewdness, the prosecution may have insufficient evidence to prove the defendant guilty.

A second-time or subsequent offense of open or gross lewdness is a category D felony, which carries:

Note that an open or gross lewdness conviction carries the additional penalty of registering as a sex offender.5

Also called "breach of peace," disorderly conduct is a catch-all crime that is defined by any intentionally noisy or disruptive actions. Three examples of disorderly at a Las Vegas nightclub are:

Note that it is not a crime to be drunk in public in Nevada nightclubs. But being inebriated may cause that person to act out in criminally disorderly ways.

The most common defense strategy to Nevada disorderly conduct charges is that the defendant did not deliberately breach the peace. Genuine accidents that cause disruptive circumstances should not invite criminal prosecution.

Breaching the peace is a misdemeanor in Nevada, which carries a maximum of:

Note that Nevada judges usually order only fines and no incarceration for disorderly conduct convictions. And for a first offense, the D.A. might agree to drop the charge in exchange for a monetary fine.6

If you are being charged with a crime ensuing from a "nightclub arrest" in Nevada, call our Las Vegas criminal defense attorneys at 702-DEFENSE (702-333-3673) for a free meeting. We will do our best to negotiate and litigate a favorable result such as a charge reduction or dismissal.

• Will I get deported for a “nightclub” arrest in Nevada?


• When can I seal my “nightclub” case from my criminal records in Nevada?


• Can I keep my guns if I get arrested at a “nightclub” in Nevada?


• Is it possible to win a “nightclub” case at jury trial in Nevada?


Can I get my “nightclub” case dismissed in Nevada?


How do I discredit “informants” in my nightclub case in Nevada?