Nevada law prohibits entrapment, which is when police trick or lure someone into committing a crime when he/she had no prior intentions of doing so. If a defendant in a criminal case can show that the police entrapped him/her, courts will typically dismiss the charges.

Entrapment is a common defense in Nevada cases where undercover officers made the arrest. This typically includes such charges as:

The LGBT community is especially vulnerable to entrapment by police. Law enforcement usually targets homosexuals for indecent exposure and open or gross lewdness.

Below our Las Vegas entrapment attorneys answer frequently-asked-questions about how police misconduct serves as a defense to criminal charges in Nevada. Click on a topic to go directly to that section: 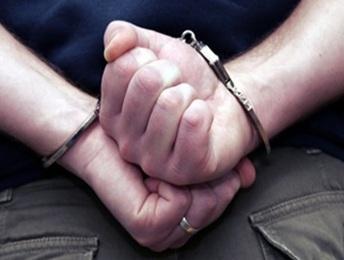 Police entrapment is against the law in Las Vegas and throughout Nevada.

1. What is police entrapment in Nevada? Is it legal?

Entrapment is when police lure people into committing a crime they would not have committed but for the police’s enticement. If police threaten, pressure, or deceive people into breaking a law they are not predisposed to violating, then the police entrapped them.

Police entrapment is unlawful and serves as an absolute legal defense in Nevada. This means that if a defendant can show that the police entrapped him/her into committing a crime, then the case against him/her should be dismissed.1 Las Vegas criminal defense attorney Michael Becker provides an illustration:

Example: An undercover male cop goes to The Chandelier Lounge and accosts a scantily clad woman he suspects is a hooker. The cop offers her $1,000 for one hour of sex, and the woman tells him to get lost.

The cop previously overheard the woman confiding in the bartender that she is undocumented. So the cop then threatens the woman to report her to ICE if she does not agree to the prostitution. Scared, the woman says yes. Then the cop reveals his identity and arrests her.

In the above example, the cop clearly committed entrapment. The woman’s initial rejection of the cop’s solicitation shows that she is not predisposed to engage in prostitution. She eventually agreed only because the cop threatened her with deportation. Because the cop entrapped her, any prostitution charges against her should be dropped.

Entrapment can be a defense in Nevada drug sale cases.

2. What charges can an entrapment defense get dismissed?

Entrapment can theoretically serve as a defense to any crime. In Nevada, the entrapment defense most often comes into play when people get charged with either:

There is usually surveillance video in these settings that capture the interaction between undercover cops and the people they arrest. If the video shows that the cop entrapped the defendant — or that the defendant did nothing illegal — the charge should be dismissed. Learn more about our Nevada LGBT lawyers.

3. How can I tell if I have been entrapped?

You may have been entrapped if the two following conditions are true:

For example, if a cop posing as a drug dealer threatens to hurt you unless you buy some drugs, then you should not be convicted if you end up buying the drugs. The cop crossed the line by threatening you. And you can argue that you would not have taken part in the drug deal had you not feared for your safety.

Other examples of entrapment may include:

Entrapment also applies to situations where a private citizen acting as an agent or informant of the police engages in any of the above conduct.3

It is not entrapment when the police simply present a person with an opportunity to commit a crime. For example, it is perfectly legal for a policewoman to dress like a prostitute and proposition potential johns as long as she is not too pushy about it. It is only when the police go too far does entrapment become a valid defense to criminal charges.

Other examples of legal police trickery are: 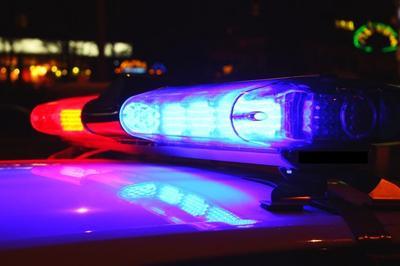 A fine line exists between entrapment and lawful police trickery in Nevada.

It is also not entrapment if a person asks an undercover officer if he/she is really a cop, and the cop answers no. Undercover cops are absolutely allowed to lie and claim they are not really officers.4

4. How does the entrapment defense work in Nevada?

Entrapment is an affirmative defense in Nevada. This means that if a case goes to trial, the defendant has the burden to produce evidence that the police set him/her up to commit the crime. This is called “governmental instigation.”

Example: Las Vegas Metro arrests John after he sold marijuana to an undercover officer. John then claims the police entrapped him into selling the pot.


In order to raise the entrapment defense, John needs to prove “government instigation.” John does this by showing that the undercover officer approached John to buy the marijuana. In other words, John did not seek out the drug sale…the cops came to him.

At that point, the state has the burden to show that John was predisposed to sell the marijuana. If the state can show that John probably would have sold the pot to anyone who asked to buy it, the entrapment defense fails.

In the above example, prosecutors might try to introduce evidence such as surveillance video of John selling pot to other people. This could demonstrate that John was an established drug dealer and predisposed to selling drugs. But if the state cannot produce evidence that John was predisposed to drug dealing, chances are decent the court will buy John’s entrapment defense.

If you believe you may have been the victim of police entrapment in Nevada, call our Las Vegas criminal defense attorneys. We will discuss for free how we can fight your charges. If we can show that you were treated unlawfully by law enforcement, we may be able to get your charges reduced to a lesser offense or dismissed outright.

For an overview of California law on this subject, refer to our page on California entrapment laws.