In addition, NRS 484C.350 mandates that a medical professional evaluates underage DUI defendants to determine whether they are suffering from drug or alcohol addiction.

Underage drunk driving defendants require an extra careful defense because so much more is at stake, including school and scholarship admissions. Defense attorneys may be able to get the charges reduced to reckless driving or dismissed altogether if they can show that law enforcement made procedural mistakes, or if the breath or blood test results were inaccurate. 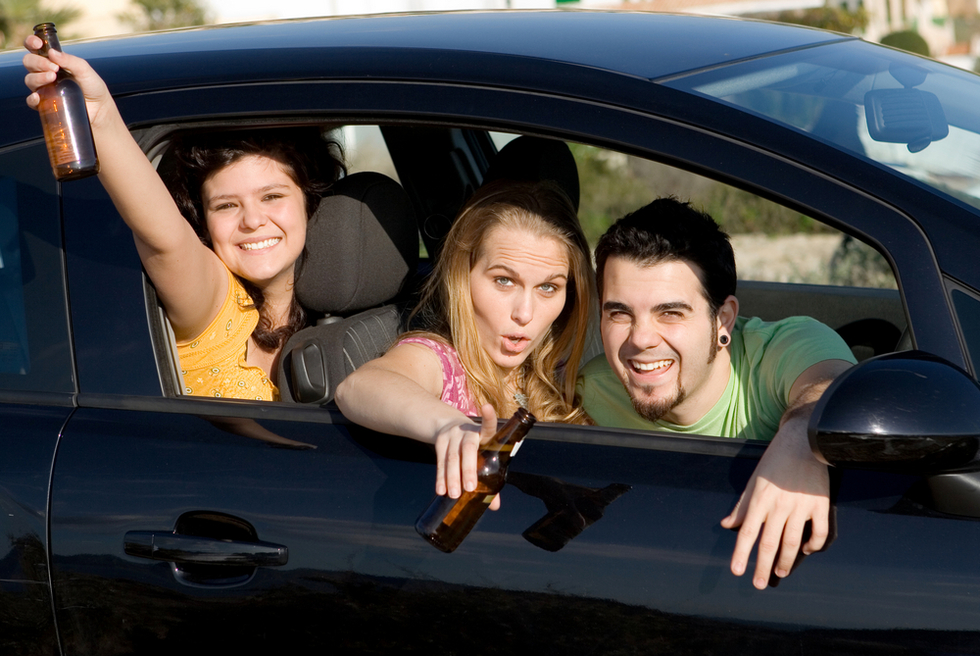 Under 21 drivers face Nevada DUI charges for driving with a BAC of .02.

Nevada’s zero-tolerance DUI laws prohibit people under 21 from driving with a BAC of .02 or higher. It makes no difference whether the drivers are actually under the influence or not.1

The zero-tolerance double standard under NRS 484C.350 and NRS 483.462 is meant to deter young drivers from taking the wheel even if they had just a few sips of alcohol. After all, it is illegal for people under 21 to drink at all whether or not they are not driving.3

2. Does an underage DUI case in Nevada go to criminal or juvenile court?

It depends on two factors:

Drivers aged 18, 19 or 20 years old are prosecuted as adults in criminal court. It does not matter whether they are charged with a misdemeanor or felony DUI.4

Meanwhile, drivers under 18 who are arrested for misdemeanor DUI are prosecuted in Juvenile Court.5

Finally, drivers under 18 who are arrested for felony DUI may be prosecuted in juvenile court or criminal court. In order to prosecute the minor in criminal court, the prosecutor has to ask the judge to “certify” the minor as an adult. The judge has discretion whether to grant this certification request.6

Under NRS 484C.350, DUI defendants younger than 21 are required to submit to an alcohol and drug evaluation to determine whether they have substance abuse problems. This evaluation usually costs $100.7

The remaining penalties depend on whether the driver is prosecuted in juvenile court or criminal court:

If a driver gets adjudicated delinquent in juvenile court on a first-time DUI, the sentence includes:

Under-21 DUI defendants prosecuted in criminal court face the same penalties as adults do. The standard “mandatory minimum” penalties for a first-time misdemeanor DUI conviction include:

Second-time DUI cases in Nevada result in harsher penalties, including mandatory jail time. And it is an automatic felony carrying prison to get a DUI 3rd or a DUI causing serious injury or death. For a complete discussion, refer to our page on Nevada DUI penalties.9

Depending on the evidence in the case, the defense attorney may be able to persuade the D.A. to reduce the DUI down to reckless driving. This would be beneficial for four main reasons:

Some schools and universities impose their own penalties for students and prospective students who get drunk driving convictions, and they can be far more devastating than what NRS 484C.350 and NRS 483.462 call for. These sanctions may include expulsion, suspension or disqualification from applying in the first place.12

Additionally, car insurance companies tend to be very harsh on underage drivers who pick up DUIs. They may increase the premium rates or even cancel the policy.

Therefore, drivers under 21 who get arrested for intoxicated driving in Nevada are strongly encouraged to retain private counsel to try to get their charges dismissed or reduced.

4. How does an underage DUI affect my Nevada driver’s license?

The defendant faces a license suspension, but the length of the suspension depends on the driver’s BAC level and history of DUIs:

Under NRS 483.462, first-time DUI defendants who are under 21 and with a BAC of at least .02 but less than .08 face a driver’s license suspension of 90 days.13 But it may be possible to get a restricted license after 45 days in order to drive to school, work, or medical appointments. Click click here for the Nevada DMV‘s restricted license application.14

Any successive DUI arrests where the under-21 driver’s BAC is at least .02 but below .08 also carries a mandatory license suspension of 90 days.15

Underage drivers arrested with a BAC of at least .08 face the same license revocation penalties as adult drivers do:16

It may be possible to contest a driver’s license suspension or revocation at a DMV administrative hearing. It is like a mini-trial, but it is more difficult to win than a criminal trial.

This is because the DMV judge needs far less proof than a criminal judge to find the defendant in the wrong. But it may still be possible to prevail in a DMV hearing if the police made a procedural mistake, or if the arresting officer does not show up to the hearing.

Note that the DMV hearing is completely separate from the criminal case. Even if defendants get their DUI charge dismissed in criminal court, a DMV judge can still revoke their license. So it is important to hire legal counsel to handle both the criminal and DMV cases to try to save the defendant’s license.17

5. How do I fight underage DUI charges?

When defending against drunk or drugged driving allegations, a defense attorney would conduct a thorough examination of all the evidence. The attorney would also conduct a thorough investigation to uncover any evidence the police missed. Typically the defense attorney relies on eyewitnesses, surveillance video, medical records, the police report, and expert testimony in an effort to get a DUI charge reduced or dismissed.18

6. Can I get my underage DUI conviction sealed in Nevada?

It depends on two things:

Juvenile DUI records are automatically sealed when the defendant turns 21 years old.19 Defendants can petition to seal the case earlier, but they have to wait three (3) years after the case closes.20

The record seal wait time depends on what the defendant is ultimately convicted of:21

Calls us if you are facing DUI charges

If you or your child has been charged with driving under the influence while under 21 in Nevada, call our Las Vegas criminal defense attorneys for a phone consultation.

Arrested in California? Go to our article on California DUI under 21 laws.

Arrested in Colorado? Go to our article on Colorado DUI under 21 laws.