Our Las Vegas juvenile crimes lawyers fight to get our young clients’ delinquency and criminal charges substantially lessened or dismissed so their record remains clear. We craft each defense strategy with the long view in mind so that our clients’ cases have little-to-no effect on their future educational and employment opportunities.

Nevada’s juvenile courts handle cases where children under 18 are alleged to be “delinquent,” which means to have broken the law. Though minors may be charged as adults in criminal court if:

Juveniles facing delinquency charges have the right to an attorney throughout the duration of their case. If the child is cooperative, the judge may agree to dismiss the child’s case from the juvenile justice system after a period of supervision.

Juveniles who are adjudged delinquent in Nevada face various punishments, such as:

1. What is juvenile court in Las Vegas, Nevada?

Juvenile court is like a criminal court for children in Nevada. Though instead of charging the kids with crimes, juvenile court alleges them of being

In Nevada, a delinquent child is a minor who juvenile court adjudicates as having broken the law. If the minor had been an adult when he/she allegedly broke the law, he/she would be facing criminal charges instead.3

Example: A 17-year old and an 18-year old both get caught for committing trespass in Las Vegas. The 17-year old will face delinquency proceedings while the 18-year-old will face criminal charges even though they both committed the same offense.

In Nevada, a child in need of supervision has either:

Note that a “child in need of supervision” is not automatically considered delinquent, or vice versa. They are separate categories.4 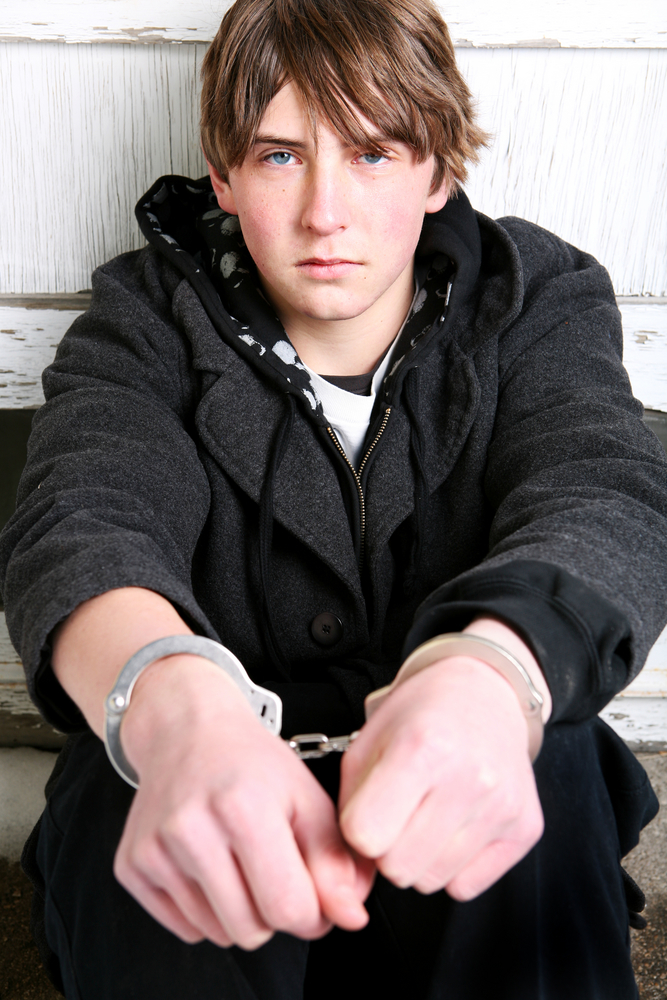 Nevada’s juvenile courts adjudicate criminal cases where the defendant is a minor.

2. Can children be charged as adults?

It depends on the case. The older the child and the more serious the offense, the higher the chance the case will transfer from juvenile court to criminal court in Nevada.

With narrow exceptions, juveniles at 16 or 17 will be treated (“certified“) as adults if they were accused of :

Otherwise, the juvenile court has the discretion to transfer cases to criminal court if:

Minors aged 13, 14 or 15 who are charged with murder or attempted murder may also be certified as an adult.

Note that if adults convicted of an offense that he/she committed when he/she was under 18, the court can reduce the mandatory minimum period of incarceration by up to 35 percent if the court determines that it is warranted given the person’s age and his/her prospects for rehabilitation.5

3. Do children have a right to an attorney?

Yes. Minors with cases in Nevada juvenile court have the right to a juvenile crimes lawyer. The court will provide a public defender for children who cannot afford private counsel.6

3.1. What rights do parents have in juvenile court?

Parents and guardians of a child in juvenile court in Nevada may have an attorney at all stages of the case. The court may provide parents a public defender if:

Juvenile court must also keep parents or guardians notified in writing of any case proceedings following the initial detention hearing.8

Note that employers are not allowed to fire employees for having to miss work to go to juvenile court.9

4. How does the juvenile court process work?

A cop or probation officer may take a minor into custody if there is probable cause that the minor:

The officers will then try to track down the minor’s parent or guardian. The probation officer must advise the child of his/her rights, including the right to counsel and to know the allegations against him/her.

At this point, the officer has the discretion to release the minor to a parent or guardian on a condition: That the parent or guardian has to promise in writing to bring the child to juvenile court on a specified date to answer to the charges.

If the officer chooses not to release the minor, the minor goes to juvenile court. Then the judge’s decides whether to:

In Nevada, minors must be detained for at least 12 hours if they are alleged of committing either:

Children accused of being delinquent or in need of supervision will be held in a secure facility only if:

After the child is apprehended, the district attorney (prosecutor) decides whether to file a petition in juvenile court alleging the child of either:

The child can agree to a juvenile version of a “plea deal,” where the child admits delinquency to some or all of the charges in exchange for lesser penalties. If the child denies the allegations, the court will set a hearing.12

A hearing is similar to a trial, except there is no jury. If the court finds that the child is delinquent, the child may appeal the result to the Nevada Court of Appeals.13

Informal supervision is where juvenile offenders in Nevada agree to submit to probation for up to 180 days. If they follow the rules of probation and avoid getting into further trouble, the charges get dismissed.

The district attorney’s written approval is required for informal supervision if the delinquent acts would constitute gross misdemeanors or felonies had an adult committed them.

The conditions of informal supervision vary case-by-case. Often they include

The benefit of informal supervision is that there is no judgment of delinquency; therefore, the child’s record stays clean.

If the court denies informal supervision, it can put the child under more formal court supervision if:

5. How do I fight delinquency charges?

The best strategies for fighting juvenile delinquency allegations in Nevada turn on the specifics of the allegations. The child’s juvenile crimes lawyer will do a thorough investigation into the case for all available evidence. Common evidence in juvenile cases include:

The prosecutor has the burden to prove a juvenile delinquent “beyond a reasonable doubt.” If the defense attorney can show that the prosecutor’s evidence is too inadequate or unreliable to support a delinquency adjudication, the juvenile court judge should dismiss the case.15

Typical penalties for a finding of delinquency may include:

Typical penalties for being a child in need of supervision may include:

Note that minors adjudged delinquent of a sexually motivated act are placed under probation or parole for at least three (3) years.16

Also, note that the Division of Child and Family Services (DCFS) often determines where to place the child for the period of his/her detention.17 Judges prefer to impose rehabilitative punishments rather than detention on juveniles.

7. What are the juvenile jails in Nevada?

Nevada has several detention facilities just for juveniles adjudged delinquent. Summit View Youth Center (SVYC) in Las Vegas is Nevada’s single maximum-security juvenile jail. The other facilities are “staff-secured,” which means there is no perimeter fence:

Nevada juveniles doing well in detention may be eligible for early release through Youth Parole Bureau. Parolees remain under the supervision of the Chief of the Youth Parole Bureau. If the child continues well, the Chief will ask the juvenile court to dismiss the proceedings with no adjudication of delinquency.

Depending on the case, Youth Parole connects minors with

8. Can juvenile records be sealed?

Juvenile offenders under 21 may ask the court to seal records before turning 21 as long as three (3) years passed since the case was adjudicated.

Once a juvenile record is sealed, the child can deny that the case ever happened, even under oath.20

9. What if my child is on parole or probation in Nevada and we move to another state?

Under the Interstate Compact for Juveniles (ICJ), all states agree to track young offenders from other states. So the new state will take over Nevada’s role to supervise the child’s parole and probation.

Note that under the ICJ, states are obligated to return runaways and escaped juvenile delinquents to their home state.21

Has your child been detained in Nevada? Call our Clark County juvenile crimes lawyers…

If your child is facing delinquency or has been accused of a crime in Nevada, call our Las Vegas criminal defense lawyers for a consultation. Our law firm will fight to get the matter resolved with no long-term consequences for the child’s future. Our criminal defense attorneys have law offices throughout the state, including Las Vegas, Henderson, and Reno. We also practice personal injury law.

In California? Read our article about California juvenile law.

In Colorado? Read our article about Colorado juvenile law.