A person’s blood alcohol content (BAC) increases in the hour or two it takes for their body to absorb the alcohol. This means that people who are driving with a perfectly legal BAC level in Nevada may go on to fail BAC breath or blood tests because these tests are administered an hour or two after the police pull them off the road for suspected drunk driving.

So if a Nevada DUI defense attorney can show that “rising blood alcohol” caused the defendant to fail a BAC test that they may have otherwise passed earlier while they were driving, the DUI charge may be dismissed.

On this page, our Las Vegas DUI attorneys answer frequently-asked questions about the “rising blood alcohol” defense in Nevada drunk driving cases. Click on a question below to go directly to that topic. 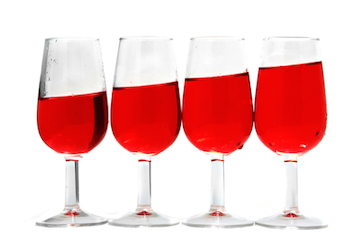 A person’s blood alcohol content (BAC) actually increases for up to 2 hours after the person stops drinking.

1) What is “rising blood alcohol” in Nevada?

When a person drinks, the alcohol is absorbed by the stomach and small intestine before passing into the person’s blood and then organs. The liver’s function is to metabolize and eliminate the alcohol, but the liver can detoxify a limited amount of alcohol at any one time. Therefore excess alcohol waits in the person’s bloodstream until the liver creates more room for it. The amount of alcohol that remains in the blood while the liver is at maximum capacity is called blood alcohol content (BAC). 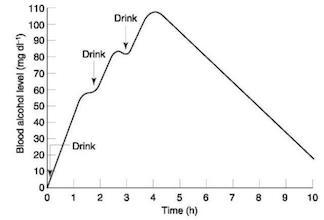 A person’s BAC will swiftly rise and peak between 30 minutes and two hours after a person stops drinking alcohol. (People who drink without eating generally have a BAC peak later, closer to the two-hour mark.) Eventually, the liver “catches up” and keeps pace with the body’s absorption, which then causes the BAC to decline gradually.

In short, “rising blood alcohol” is the biological phenomenon whereby a person’s BAC level goes up even after they stop drinking. Note that BAC is a decimal number measured in percentages: If a person has not drunk at all, their BAC should be .0%; after a glass of wine, it may go up to .02% or higher depending on their alcohol tolerance; a fatal BAC is usually .35% or higher. BAC can be measured by blowing into a breathalyzer or giving a blood sample.1

Nevada law prohibits driving with a BAC of .08% or higher. But often an hour or more elapses between when police pull over a suspected drunk driver and when the suspected drunk driver finally gets arrested and booked and submits to a DUI blood test or a DUI breath test to calculate the BAC. Therefore, these chemical test results are innately flawed because they do not measure the driver’s BAC at the time of the driving but rather well after the driving has stopped…

If a DUI suspect’s BAC (when they get pulled over) is less than .08% but is on the rise due to “rising blood alcohol,” then it may reach the illegal level of .08% or higher by the time the police administer the breath or blood test. Criminal defense attorney Michael Becker gives an example of of how it may be possible for someone’s BAC to be below the Nevada legal limit while they were driving but to register above the legal limit at the time of the chemical test:

Example: Carla has a beer before driving down the Strip. A cop from Las Vegas Metropolitan Police Department pulls her over for a broken tail light but then smells alcohol on her breath. Carla refuses to take field sobriety tests (such as walking in a straight line), so the cop defiantly arrests her for DUI and books her at the Clark County Detention Center. An hour elapses by the time she submits to a breath test, which comes back as .08%. Considering Carla had only one beer and was not driving impaired (the police pulled her over for a tail light, not erratic driving), it is conceivable that the .08% was a result of rising blood alcohol and that her BAC at the time of her driving was below .08%. If the court buys this argument, the Clark County District Attorney may agree to drop the DUI charge.

In short, it is perfectly legal in Nevada to have a BAC of .08 or higher as long as the person is not driving. Nevada DUI breath tests and Nevada DUI blood tests only show what a person’s BAC is when they are not driving. If a defense attorney can show that the chemical test results reflect rising blood alcohol and that the person’s BAC at the time of driving may have been below .08, the court may agree to dismiss the DUI charge.2

3) How do you prove “rising blood alcohol”?

Nevada defense attorneys typically employ an “expert witness” such as a forensic toxicologist to help establish the defense of rising blood alcohol. These experts consider all the relevant circumstances to help establish a DUI defendant’s BAC timeline. Some of the factors that suggest that a DUI defendant had a legal BAC at the time of driving include the following:

Facing DUI charges in Nevada? Call us for help…

If you have been arrested for “DUI” in Nevada, call our Las Vegas criminal defense attorneys for a consultation. We may be able to get the charge reduced or dismissed through negotiation, and we are ready to take this matter to trial if necessary.