Under NRS 484B.657, the Nevada crime of vehicular manslaughter occurs when a motorist “proximately causes the death of another person through an act or omission that constitutes simple negligence.”

Vehicular manslaughter is generally treated as a misdemeanor in Nevada unless it involves driving recklessly or driving under the influence of alcohol or controlled substances. A misdemeanor manslaughter conviction can lead to up to 6 months in jail, up to $1000.00 in fines, and a one-year driver’s license suspension.

“Simple negligence” is failing to act as a reasonable driver. It does not require maliciousness or intention to harm. Just a momentary lapse in judgment that ends in tragedy. 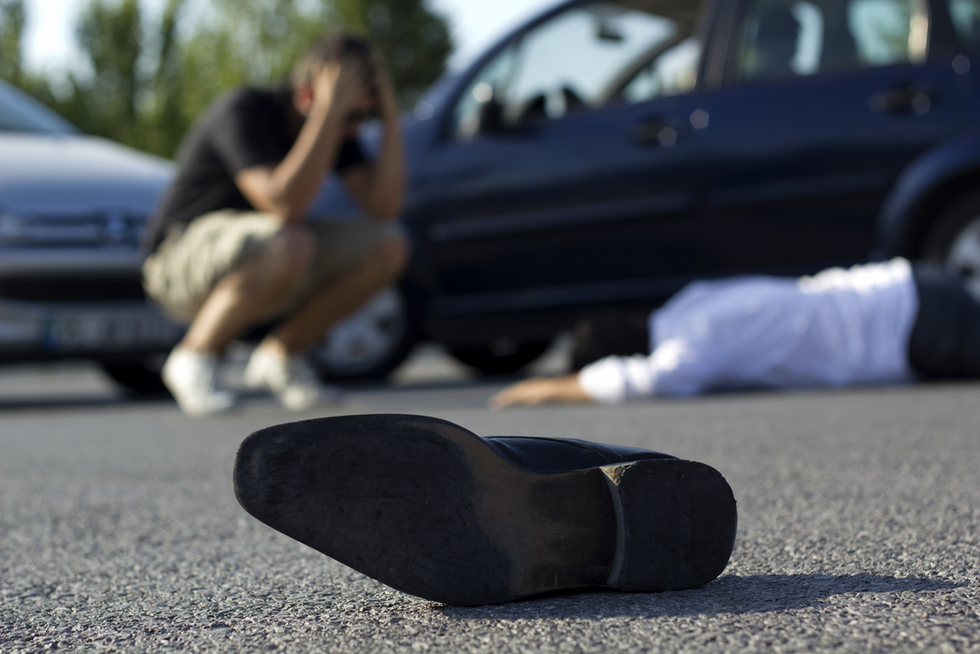 The least serious homicide crime in Nevada is an NRS 484B.657 violation. A Las Vegas vehicular manslaughter lawyer may be able to get the case dismissed.

1. What are examples of vehicular manslaughter?

Vehicular manslaughter results from the driver‘s negligence.1 Five examples of negligent behavior that may turn deadly are:

Most of the time, these negligent behaviors do not cause accidents. Drivers have close calls all the time with no consequences. But when a slip-up causes a fatal car wreck or pedestrian knockdown, the driver may face vehicular manslaughter charges.

Vehicular manslaughter is a less serious charge than reckless driving causing death (NRS 484B.653). Recklessness is a willful disregard of others’ safety. An example would be going twice the speed limit or plowing through a school zone.

Vehicular manslaughter is generally prosecuted as a misdemeanor in Nevada. The potential sentencing includes up to 6 months in jail, fines of up to $1,000.00, and a one-year driver’s license suspension. (It may be possible to do community service instead of paying the fine.)

The sentence may be doubled if the accident occurred in a work zone. 3 4

Depending on the case, the defendant may be able to avoid jail.

An NRS 484B.657 conviction also carries a one-year driver’s license suspension.5 But the defendant may be able to drive after six months on a restricted license.6

3. How can a Las Vegas vehicular manslaughter lawyer help?

A criminal defense attorney would first investigate the case in search of all the available evidence that could show the defendant was not at fault for the accident. Valuable evidence would include:

Then the Las Vegas vehicular manslaughter lawyer would put together the best defense strategy based on the evidence. Six possible defenses include that:

The prosecution has the burden to prove guilt beyond a reasonable doubt. So the defense attorney would meet with the prosecutors to try to show them that their case is too weak to sustain a conviction. If the prosecutors see they cannot win, they may drop the criminal charges before the case can reach trial.

Even though vehicular manslaughter is only a misdemeanor, defendants are strongly advised to retain legal counsel to fight the charge. Having a conviction comes up on background checks, which could then hurt the defendant’s future employment prospects.

4. Can the record get sealed?

Yes. NRS 484B.657 cases are sealable under Nevada law. Convictions can be sealed one year after the case ends.7 If the case gets dismissed, there is no waiting period.8

The record seal process takes up to one year. Learn how to seal Nevada criminal records.

Vehicular manslaughter does not qualify as a crime of moral turpitude or an aggravated felony. Therefore, it is probably not a deportable offense.

However, immigration law is in an uncertain state. The rules are constantly being rewritten. So non-citizens charged with any crime should consult with an attorney right away.

Yes. It is a separate and unrelated crime.

Vehicular homicide (NRS 484C.130) is a fatal DUI following three prior DUI convictions. It is a category A felony with a possible life sentence in state prison.

After a fatal car accident, the least serious crime the driver can face is vehicular manslaughter. The most serious is a vehicular homicide charge.

The law office of Las Vegas Defense Group is based in Las Vegas, NV. But we serve clients in Henderson, Reno, throughout Clark County, and the state of Nevada.