Both Nevada and federal laws prohibit you from knowingly owning or operating a chop shop. Chop shop operators obtain stolen vehicles or car parts in order to remove their identifying information or sell or dispose of the parts.

There is always the possibility that the D.A. will agree to a favorable plea bargain. Otherwise, violating NRS 205.2745 is a category C felony, carrying:

If you are prosecuted in federal court, you face up to 15 years in Federal Prison for a first-time conviction.

Depending on the case, a defense attorney can use one or more of the following arguments to fight chop shop allegations: 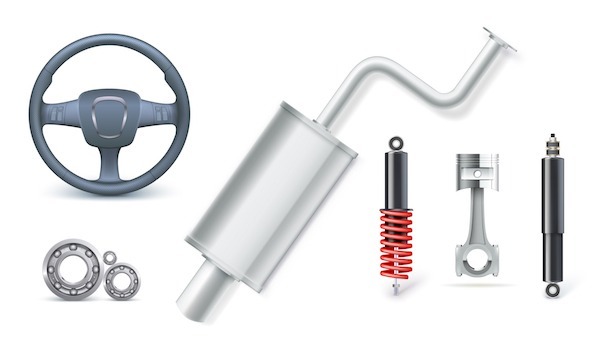 Operating a chop shop is illegal in Nevada

1. Are chop shops illegal in Nevada?

Yes. Nevada law prohibits you from knowingly owning or running an operation that obtains stolen vehicles (or parts) in order either to:

Sometimes these “chop shops” are in hidden locations not accessible to the general public. Or sometimes chop shops have a legitimate storefront and conduct lawful business during the day while operating the illegal elements in secret or after-hours.

Operating a chop shop is also a federal crime. You can face charges in both Nevada state and federal courts for the same offense.

Though in practice, you are typically charged in either state or federal court. If all the car parts and customers are located in Nevada, federal prosecutors will probably leave it to state prosecutors to bring charges.2 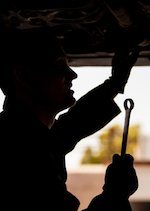 Depending on the case, the D.A. may be amenable to reducing the charge down to

If you are prosecuted in federal court for operating a chop shop, you face steeper penalties for successive convictions:

There are several possible defense strategies to fight NRS 205.2745 charges.

There are five common defenses to NRS 205.2745 allegations:

Note that it is not a defense to NRS 205.2745 charges that some of the cars and car parts in the business are legally obtained.

3.1. You did not operate the chop shop

NRS 205.2745 pertains only to owners and operators of chop shops. Lower-rung employees such as janitors or secretaries probably should not face prosecution, especially if they had no knowledge of the illegal activity.

3.2. The business does not qualify as a “chop shop”

Nevada law has a very specific definition of what constitutes chop shops. If the defense attorney can show

3.3. You had no knowledge that the automobile or parts were stolen

NRS 205.2745 convictions require that you know that the car or car parts were stolen. If you genuinely believed everything was lawfully obtained, then the charge should be dropped.

3.4. You had no knowledge that the business was being used as a chop shop

There have been situations where body shop employees covertly operate a chop shop on the premises without the knowledge of the body shop’s owner. If the prosecution cannot prove

3.5. The police discovered the chop shop through an unlawful search

If the police may have discovered the alleged chop shop through an unlawful search, your attorney should file a motion to suppress any evidence obtained through this unlawful search. If the judge grants the motion, the D.A. may be forced to drop the charges for lack of proof.

A conviction of violating NRS 205.2745 may be sealed 5 years after the case ends.

A conviction of violating NRS 205.2745 can be sealed no earlier than five (5) years after the case ends.5 If the case gets dismissed, you can petition for a record seal immediately.6

Perhaps. The Ninth Circuit recently held that violating California’s chop shop statute — which is similar to Nevada’s — is not deportable as an aggravated felony.7

Though the Tenth Circuit recently held that the crime of knowingly possessing a stolen vehicle — which is frequently prosecuted alongside or instead of operating a chop shop — is deportable as a crime involving moral turpitude.8

Immigration Court is very unpredictable. Therefore, aliens facing any criminal charges should always consult with a Las Vegas law immigration attorney about whether their case threatens their resident status.

An attorney may be able to

A second offense in five years is a category B felony carrying:

Burglary is defined as entering a building or vehicle with the intent to commit any of the following offenses inside:

Burglary is a felony. The penalties depend on where the burglary took place.

Falsely claiming that a vehicle has been stolen or damaged is car insurance fraud. It is typically punished as a category D felony, carrying: