Under NRS 205.760, Nevada law defines the crime of credit or debit card fraud as intentionally misusing card information in order to defraud another person or business. Most credit and debit card offenses are prosecuted as category D felonies punishable by 1 to 4 years in prison and up to $5000.00 in fines.

Most credit card fraud cases are prosecuted as a category D felony in Nevada. The punishment carries:

However, a defense attorney may able to convince the D.A. to sign off on a Nevada plea bargain where the charge reduces to a Nevada misdemeanor or possibly a dismissal. Three common defenses to fraud charges include: 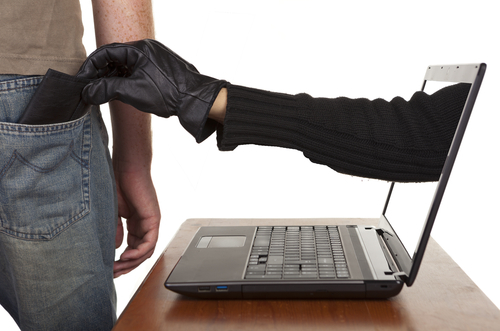 Fraudulently using a credit or debit card is usually a category D felony in Nevada.

1. What is the definition of credit card fraud in Nevada?

The Nevada crime of credit (or debit) card fraud occurs when someone intentionally uses — or attempts to use — a credit (or debit) card in an unlawful manner. Any deliberate act of forging, altering, stealing or otherwise misusing a debit or credit card qualifies as fraud in Nevada. Henderson criminal defense attorney Michael Becker provides some illustrations:

Example: Tyler fills out an application for an American Express card. In the application he intentionally inflates his minimum-wage salary in Nevada and lies about not having any debt. Since Tyler lied in order to increase his chances of getting an Amex, he could be liable for fraud. 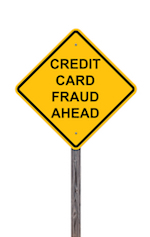 There are many different types of credit fraud in Nevada.

In all, there are ten main types of credit (or debit) card fraud in Nevada, including:

In recent years there has been a rise in a type of fraud called “skimming.” Credit card skimming is where people hide a “wedge” device in a card reader — then when the cardholder swipes the card, the wedge steals (“skims”) the magnetic information off the back of cards.11 Skimming is especially common in gas station card readers.

Note that potential creditors can be guilty of fraud as well. It is illegal to accept payment on credit with the knowledge that the card is forged, stolen, or revoked.12

It is also illegal for creditors to misrepresent the value of their goods or services to card issuers. An example would be Sam in the above example selling soda for $4 dollars but reporting to the card company that he sells it for $5 in order to pocket an extra dollar.13

The central element of Nevada fraud crimes is that the defendant had “intent to defraud.” This means that the defendant deliberately tried to use a credit card — or the information on a card — for the purpose of tricking the cardholder, creditor, or card company out of money.

A defendant may face fraud charges in either Nevada state court or Nevada federal court — or in both courts — depending on the case.

Most types of credit and debit card fraud are prosecuted as category D felonies. The punishment includes:

Note that it is a gross misdemeanor in Nevada to intentionally put false information in an application for a line of credit. The sentence includes:

Otherwise, using an expired or revoked credit/debit card is a category D felony in Nevada, carrying:

Under federal law, the punishment for credit card fraud is up to 20 years in Federal Prison depending on the circumstances of the case. The court may also impose hefty fines as well as restitution.21

Fighting credit and debit card fraud charges in Nevada usually involves using one or more of the following defenses:

In cases that go to trial, the prosecution has the burden to prove guilt beyond a reasonable doubt. If the state has insufficient evidence to meet this burden, the defendant should be acquitted.22

Note that it is not a defense that the victim(s) did not end up losing money.

3.1. The defendant had no intent to defraud

Example: Ann and Mike are roommates in Las Vegas. One day while rushing to leave the house, Ann mistakenly grabs Mike’s Capital One card instead of her own. Throughout the day Anne swipes Mike’s Capital One at a gas station, a parking meter, an ATM to get cash, and a grocery checkout line. Even though Mike did not give Ann permission to use the Capital One, Ann is not guilty of fraud.

Ann in the above example grabbed Mike’s Capital One by mistake, and she had no idea she was swiping his card when making her daily purchases. Therefore, Ann had no “intent to defraud” Mike, Capital One, or the merchants. Of course, Ann is civilly liable to pay back Mike for the purchases.

3.2. The defendant is a victim of mistaken identity

A standard defense to fraud is that the police arrested the wrong person. Often there are no eyewitnesses to fraudulent conduct, and the real culprit may try to frame an innocent person. If the prosecution cannot prove beyond a reasonable doubt that the defendant is the person who committed the alleged fraud, the fraud charges should be dismissed.

Police department investigations often involve searches of the suspect’s home, office, or his/her computer files. If law enforcement conducted an illegal search — such as by not getting a Nevada search warrant — the defendant may have legal recourse in Nevada:

The defense attorney can file a Nevada motion to suppress evidence with the court. This motion explains to the court how the police search was unlawful. This motion also asks the court to throw out any evidence found through the unlawful search. If the court agrees and grants the motion, then the D.A. may be left with insufficient evidence to pursue fraud charges in Nevada.

4. Can the criminal record be sealed?

The waiting period for sealing past fraud convictions depends on whether they were felonies, gross misdemeanors, or misdemeanors:

Credit card fraud may be considered a crime involving moral turpitude in Nevada. Therefore, it is possible that non-citizens convicted of credit card fraud are vulnerable to deportation.24

Every immigrant facing Nevada criminal charges should consult with an attorney about trying to get their case dismissed or reduced to a non-removable offense. Learn about the criminal defense of immigrants in Nevada.

The Nevada crime of obtaining money by false pretenses occurs when people knowingly misrepresent themselves to get money from someone relying on their misrepresentation. Penalties depend on the amount of money stolen.26

Nevada identity theft crimes involve using another person’s identifying information unlawfully or without that person’s authorization. The penalties depend on the specific facts of the case.

The typical ID theft case is prosecuted as a category B felony, carrying:

But the minimum prison term is raised to three (3) years if either:

Meanwhile, committing ID theft to avoid or delay being prosecuted for an unlawful act is punished slightly less harshly as a category C felony in Nevada, carrying:

The Nevada crime of insurance fraud typically involves lying to an insurer in order to obtain benefits the person is not eligible for. It is usually a category D felony carrying:

Contact our law firm for legal advice in the state of Nevada. Our criminal defense lawyers offer free consultations.

Is Being Drunk a Defense to Reno, Nevada Battery Charges?

Are Escorts Legal in Las Vegas?

At what point is helping a fugitive illegal in Nevada?