Nevada identity theft law prohibits the use of another person’s identifying information in order to harm that person or to obtain something of value to which you are not entitled. The most serious cases are prosecuted as category B felonies, punishable by 1 to 20 years in prison, fines of up to $100,000, and restitution to the victim.

Three of the most frequently prosecuted ID theft crimes are

Identity theft is illegal even if no one suffers any harm or losses. Depending on the case,

It may be possible to get ID theft charges reduced to a lesser offense or dropped through a plea bargain. Two common defenses are: 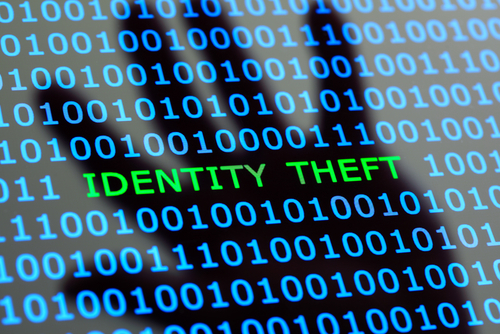 ID theft is a Las Vegas crime even if the victim is not harmed.

1. What is identity theft in Las Vegas?

Nevada’s legal definition of ID theft is willfully using a false identity or another person’s identifying information. And it is done in a way that wrongs the other person and/or breaks the law.

State law prohibits having or selling any form of personal identification to pass oneself off as someone he/she is not.

Courts presume that you had the intent to commit ID theft if you possessed the identifying information of at least five different people. However, you have the opportunity to “rebut” this presumption if the case goes to trial.

It is against state law to use another person’s identifying information to either:

It is also an NRS 205.463 violation to use another person’s ID in an attempt to avoid or delay being prosecuted.

Note that a victim’s “identifying information” comprises any kind of personal data unique to that person’s identity. Common examples include:

There are many types of Las Vegas ID theft.

False impersonation occurs when someone falsely represents him/herself as another person while either:

NRS 205.450 applies only to impersonating an actual person. Not a fictional one.

The most serious forms of identity theft under Nevada law are prosecuted as category B felonies, with penalties of

The minimum prison sentence increases to three years if the victim was at least 60 years old or was a “vulnerable person” (suffering from a mental or physical limitation).

Otherwise, the penalties for ID theft in Las Vegas and throughout Nevada depend on the specific actions the defendant was convicted of. In addition to the penalties listed below, the court may also order restitution payments to the victim (if any).2

In federal court, identity theft is usually prosecuted under the Identity Theft and Assumption Deterrence Act of 1998. Possible sentences under federal law upon conviction carry up to 25 years in prison as well as high fines. Learn more at the Federal Trade Commission (FTC) website.

The most common defense to Las Vegas identity theft allegations is that the defendant did not act knowingly or intend to break the law. Accidental incidents of ID theft are no crime in Nevada:

Example: Jenine shares a computer with her roommate Kelly in Las Vegas. They both have Amazon accounts. One day Jenine logs into Amazon. The browser used Kelly’s saved password information to log in to Kelly’s account. Jenine does not realize this. Jenine then buys a thousand dollars worth of clothes. Kelly then calls the Las Vegas Metropolitan Police Department (LVMPD).

Jenine genuinely thought she was using her own account. Therefore, Jenine did not commit identity theft, and the Nevada Attorney General should not bring charges. She had no criminal intent. But Kelly as a victim of identity theft could sue Jenine in civil court. And Jenine would have to reimburse Kelly.

Another common defense to ID theft accusations is that the police committed an unlawful search and seizure. Law enforcement is supposed to follow the Fourth Amendment while obtaining evidence of a crime, including evidence such as

If they faltered, the defendant can ask the court to suppress the unlawfully-obtained evidence.

If the court agrees to disregard the unlawfully-obtained evidence, then the D.A. may be left with too little proof to continue prosecuting the case. The D.A. may then offer a favorable plea bargain or dismiss the case altogether.

4. What happens to immigrants?

Courts differ on whether ID theft is deportable.3 Non-U.S. citizens facing criminal charges should hire experienced counsel. An attorney may be able to get the case dismissed. Or else reduced to a non-deportable offense.

Yes, but there is a waiting period to seal convictions. The wait depends on the specific crime.4

There is no waiting period to get a record seal if the case gets dismissed.5 Learn more about how to seal Nevada criminal records.

Credit card fraud (NRS 205.760) is misusing credit card information to others’ detriment. An example is using someone’s credit card without permission. Another is lying on a credit card application.

Credit card fraud is typically prosecuted as a category D felony. It carries:

Counterfeiting official seals is typically a category D felony. So is using authentic seals without permission. It carries:

Forgery (NRS 205.090) is defrauding others with falsified documents. It is a category D felony. It carries:

7. What if I was the victim of identity theft?

Five things ID theft victims in Nevada should do include:

Contact our Las Vegas fraud lawyers for a consultation and legal advice.

Our law firm practices throughout Clark County, including Las Vegas, Henderson, and North Las Vegas, and throughout the state of Nevada.