It may be possible to get NRS 205.463 charges reduced or dismissed through a Nevada plea bargain. Common defenses include:

In this article, our Las Vegas Nevada criminal defense attorneys discuss all topics related to the Nevada crime of unlawfully using another’s personal identifying information, including: 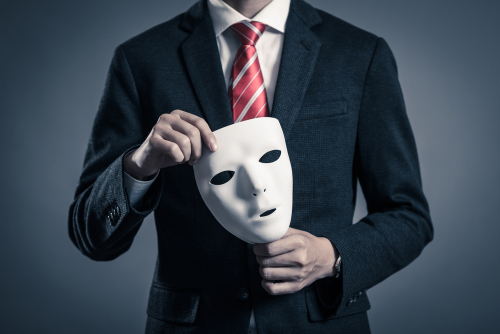 Nevada makes it a crime to use another person’s identifying information for an unlawful purpose.

NRS 205.463 prohibits intentionally using another person’s identifying information in order to either:

It makes no difference whether the “other person” is real or a made-up, fictional character.

There is a warrant out for Mike’s arrest in Las Vegas for being a prostitute. Mike resembles his friend Jack. Before leaving the house, Mike takes Jack’s ID. A police officer recognizes Mike as someone with a warrant and asks for his ID. Mike shows the officer Jack’s license to throw the officer off the scent. Since Mike is using the ID to delay being prosecuted (for solicitation of prostitution), Mike could be charged with illegally using Jack’s ID.

Note that Nevada judges will presume that defendants had an intent to commit a crime if they possessed at least five (5) people’s identifying information. However, these defendants may try to “rebut” this presumption during trial and present evidence that they had no criminal intent:

2. Penalties for illegal use of another’s ID in Nevada 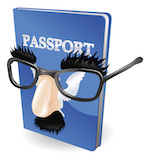 Illegally using another’s ID is a felony in Nevada.

The punishment for violating NRS 205.463 depends on whether the defendant’s intent was to avoid prosecution or to commit another crime.

Note that it may be possible for defendants to get probation instead of prison for NRS 205.463 violations. Certainly, chances for probation are higher if the defendant had a clean criminal record prior to the case.

2.1. Unlawful use of ID to avoid prosecution

But if the case has a specific “aggravating factor” that makes the defendant’s actions particularly shocking or harmful, the D.A. will prosecute the case as a category B felony. The enhanced sentence will be:

These four “aggravating factors” that will cause a sentence enhancement include:

2.2. Unlawful use of ID for all other purposes (identity theft)

Meanwhile, using another person’s ID for any unlawful purposes other than avoiding prosecution is charged as a category B felony, carrying:

But if the case has a specific “aggravating factor” that makes the defendant’s actions particularly shocking or harmful, the minimum prison sentence is enhanced from just one (1) year to three (3) years.

The three “aggravating factors” that will cause a sentence enhancement include:

Finally, the defendant will have to make Nevada restitution payments to cover the costs of repairing the victim’s credit history or satisfying any debts or liens the defendant caused (if any).4

3. Fighting charges of unlawful ID use in Nevada 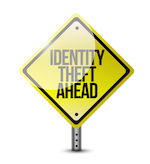 There are several possible defenses to criminal charges involving wrongful use of an ID.

The most effective way to fight NRS 205.463 charges will depend on the specific facts of the case and the available evidence. Some common defenses include the following:

3.1. The defendant had no criminal intent

The defendant in an NRS 205.463 case needs to intend to commit an unlawful act in order to be guilty. If the defense attorney can show that the defendant’s actions were an innocent accident, then the charge should be dropped:

Intent can be difficult for the D.A. to prove because it goes to the defendant’s state of mind. Therefore, prosecutors are often forced to rely on “circumstantial evidence” instead of direct proof. As long as the D.A. fails to demonstrate guilt beyond a reasonable doubt, the charges should be dismissed.5

3.2. The victim gave the consent

It is not a crime to use another person’s identifying information with that person’s consent as long as it is for a lawful purpose.6 For example:

Example: Tom needs a pair of sneakers delivered quickly. Tom gets his friend’s permission to use his Amazon Prime account in order to get free two-day delivery. Tom uses his friend’s account, but he uses his own credit card to pay for the sneakers. Here, Tom did nothing criminal because his friend gave prior consent to use his account, and Tom’s actions did nothing to harm the friend or any other person.

As long as the defendant gets prior consent to use a person’s ID — and the ID is used for an otherwise legal purpose — then no crime is committed.

3.3. The police performed an illegal search

An illegal police search may be enough to get an entire criminal case dropped.

Nevada police are required to work within the bounds of the U.S. Constitution’s Fourth Amendment when searching for evidence. This includes getting a valid warrant prior to conducting a search, or having a lawful reason to forego getting a warrant prior to the search:

For example if a police officer sees a suspect in a coffee shop with another person’s ID out on the table, the police officer probably would not need a Nevada search warrant to inspect the ID because it is out in “plain view.” But the officer would be in violation of the law if the officer conducted a warrantless search of the suspect’s backpack because the backpack’s contents are not in plain view.7

If the defense attorney believes that the police illegally obtained any evidence, the attorney can ask the judge to disregard the evidence. The legal term for this is to file a motion to suppress in Nevada. If the judge grants the motion and throws out the illegally-seized evidence, the D.A. may very well be left with too little evidence to continue prosecuting the case.

4. Deportation for unlawful ID use in Nevada

The law is not clear as to whether an NRS 205.463 violation qualifies as a crime involving moral turpitude or an aggravated felony. Either way, any non-citizen facing criminal charges should retain an attorney as soon as possible to try to get the charges dismissed or reduced to an offense that is definitely non-deportable. Learn more about the criminal defense of immigrants in Nevada.

5. Sealing records for unlawful ID use in Nevada

Defendants convicted of violating NRS 205.463 must wait at least five (5) years after the case ends before pursuing a record seal.

If the defense attorney persuades the D.A. to reduce the charge to a Nevada misdemeanor, then the waiting period becomes only one (1) year after the case ends.8

Note that if the D.A. agrees to dismiss the charges completely — or if the defendant gets acquitted at trial — then there is no waiting period to apply for a record seal.9

The record seal process takes several months and can be extremely painstaking. Learn more about getting Nevada criminal records sealed.

The Nevada crime of false impersonation occurs when someone falsely represents him/herself as another living or dead person in any of the following circumstances:

False impersonation is a category C felony in Nevada.

It is a category C felony, carrying:

The Nevada crime of impersonation of a public officer prohibits people from holding themselves out as a public office (such as a police officer) to defraud or injure another person. It is prosecuted as a gross misdemeanor in Nevada, carrying:

Nevada forbids people from possessing a fake ID in order pass themselves off as a fictional person. This offense is generally prosecuted as a category E felony in Nevada. It carries probation and a suspended sentence. But if the defendant has two or more prior felony convictions, the court may instead impose:

Learn more in our article on Nevada fake ID laws.

Are you suspected of using another person’s identifying information in Nevada? Call our Las Vegas criminal defense attorneys. Our experienced attorneys can speak with you for FREE about how we may be able to get your charges reduced or dismissed through aggressive negotiation and litigation.

Arrested in California? See our article on the unlawful use of ID cards in California | Vehicle Code 13004 VC.

What is the difference between a driver’s license suspension and revocation in Nevada?

The practical difference between a driver’s license suspension and revocation is that reinstating a suspended license is a little easier. This is because people with revoked licenses have to apply for an entirely new license. People with suspended licenses can get their old license back. But both processes require paperwork and a trip to the ...

Can I legally record someone without them knowing? Under Nevada law, it is lawful to record in-person conversations as long as one party to the conversation consents. But all parties to a telephone conversation must consent to be recorded for the call to be lawfully taped. Under NRS 200.650, it is a category D felony ...