Road Rage in Nevada - Can I go to Jail?

“Road rage” is not a defined crime under Las Vegas or Nevada law. But hostile actions and words provoked by another driver’s actions could lead to your arrest and conviction on a number of criminal charges.

At its most extreme, road rage can lead to Nevada voluntary manslaughter (NRS 200.050) charges if someone is killed. Such incidents are, fortunately, rare. But road rage in Las Vegas often leads to four other common criminal charges:

If you express your road rage by driving in a way that isn’t safe, you might find yourself charged with reckless driving (NRS 484B.653). NRS 484B.653 makes it a crime to “drive a vehicle in willful or wanton disregard of the safety of persons or property.”

A first Nevada reckless driving offense (without injury) is a misdemeanor. Penalties can include:

If, however, your reckless driving causes the death of, or substantial bodily harm to, another person, it is a category B felony. In Nevada, the consequences of felony reckless driving leading to serious injury or death can include:

NRS 484B.650 — Nevada’s “aggressive driving” law — is similar to reckless driving and is punished with the same penalties.

NRS 484B.650 sets forth the specific acts that constitute aggressive driving. These include:

You can be charged with assault (NRS 200.471) for a road rage-related incident when:

Assault without a deadly weapon is a Nevada misdemeanor, with penalties that can include:

If, however, you commit assault with a deadly weapon (“ADW”), it is a Nevada category B felony.

So under Nevada law, a car can constitute a deadly weapon if you try to ram someone or run someone over with it. You might also be charged with ADW if you threaten another driver with a potentially deadly weapon contained in your car, such as a:

Punishment for assault with a deadly weapon in Nevada carries a potential punishment of: 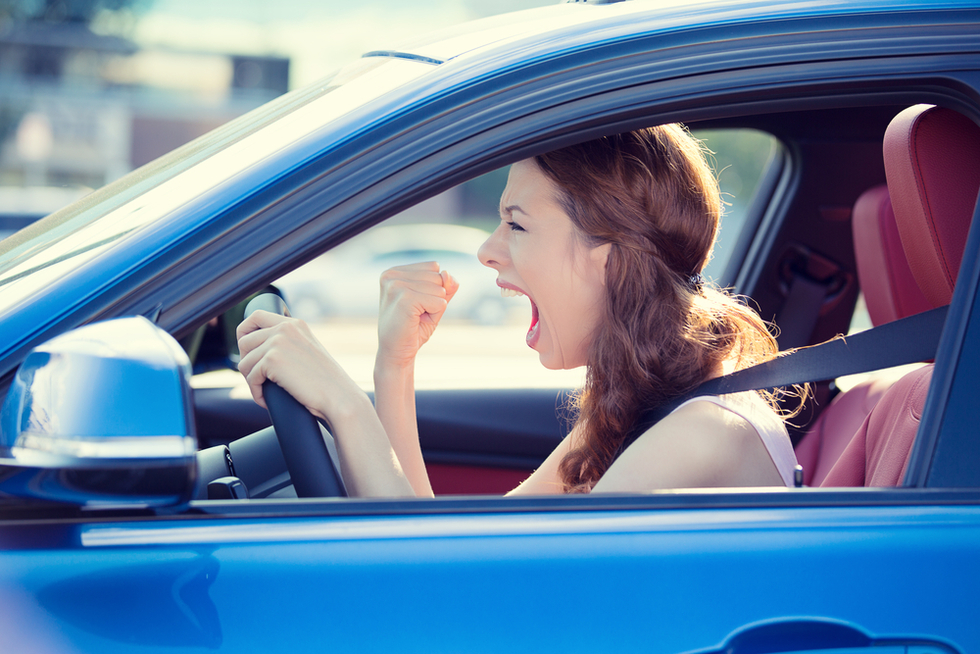 If, as a result of road rage you hit someone or use force against them, you might face battery charges under NRS 200.481.

Consequences of a Nevada battery conviction start at a misdemeanor with penalties of:

However, if you use a deadly weapon or harm someone, you face significantly greater penalties for battery under NRS 200.481, or even more serious Nevada assault charges.

Fortunately, there are numerous defenses to charges arising from road rage in Las Vegas or elsewhere in Nevada.

To discuss the best defense to your road rage charges, call us or complete and submit the confidential form on this page.

One of our caring Las Vegas, Nevada road rage defense lawyers will get back to you promptly to discuss your case and how we can help you fight to get the charge dismissed or reduced.

Go to our article about Nevada self-defense laws.

To learn about similar laws in California, please see our article: “Four Ways Road Rage Can Get You Charged With a Crime in California.”