NRS 0.060 is the Nevada law that defines the law of substantial bodily harm in Nevada. This comprises near-fatal or disabling injuries, permanent cosmetic damage or long-lasting pain. Many crimes carry harsher felony penalties if the victim sustains serious injuries. 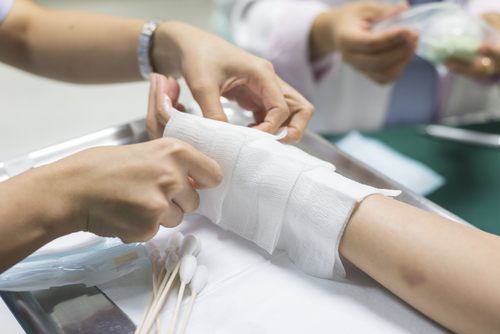 Defendants may face harsher penalties if the victims in their cases sustain substantial bodily harm under NRS 0.060.

1. What is substantial bodily harm in Nevada?

Substantial bodily harm refers not only to near-lethal or debilitating injuries but also to long-lasting cosmetic damage or chronic pain. Examples might include the following:

Note that these serious injuries do not encompass financial harm or emotional harm.1

2. How do courts determine whether injuries are serious under NRS 0.060?

Nevada judges and juries examine the evidence on a case-by-case basis to determine whether the injury in question falls under the legal definition of substantial bodily harm.  Some factors they may take into consideration include: Losing the ability to walk unassisted qualifies as substantial bodily harm in Nevada.

3. When do serious injuries cause harsher penalties?

Many Nevada crime laws are written so that prosecutors may bring more serious felony charges if the suspect allegedly caused major physical harm. Below are brief descriptions of seven common crimes where physical injury increases the penalty range:

Battery laws (NRS 200.481) have several different penalty ranges depending on not only whether the battery results in serious injuries but also if a deadly weapon was used or if a child was involved. Regular adult-on-adult battery without weapons but with substantial bodily harm may result in a prison term of one to five years and maybe a fine of $10,000. But if there are no major injuries, battery charges are only misdemeanors (“simple battery”) carrying up to six months in jail and/or up to $1,000 in fines.

Battery domestic violence (NRS 200.485) is usually a misdemeanor as long as the assailant causes no injuries (and there was no strangulation or use of a deadly weapon). But if the defendant did allegedly cause serious harm, the penalty for domestic battery is one to six years in prison and possibly a fine of $1,000 to $5,000.

Child abuse, neglect or endangerment laws (NRS 200.508) mandate very severe penalties for serious bodily harm even if it resulted from neglect rather than direct physical abuse. A typical neglect conviction without harm is a gross misdemeanor carrying up to 364 days in jail and/or up to $2,000 in fines. But if substantial bodily harm (or mental harm) occurred, the sentence range for child neglect is two to twenty years in prison.

Defendants charged with aggravated stalking (NRS 200.575) face increased penalties merely for making the victim fear serious bodily harm. The penalties range from two to fifteen years in prison and maybe a $5,000 fine. But if the victim is not apprehensive about being hurt, stalking is only a misdemeanor carrying up to six months in jail and/or up to $1,000 in fines.

Driving under the influence is typically a misdemeanor, with first-timers usually able to avoid jail. But DUI causing injury (NRS 484C.430) is a felony, carrying two to twenty years, prison, a $2,000 to $5,000 fine, and a three-year license suspension.

4. How do you fight allegations of causing serious harm?

One way to fight the charges is to show the injuries are not substantial. The criminal defense attorney would search for health care /medical records and medical expert testimony to support this. And the attorney would also research any past criminal cases that concerned injuries similar to the ones in the present case. If the injuries in those cases were ruled unsubstantial, the district attorney in the present case may be persuaded to lessen the charges.

In addition, the criminal defense attorney would potentially rely on other common defenses to fight serious charges. These could include:

Our law office is based in Las Vegas, NV. But we create attorney-client relationships throughout Clark County, including Henderson, and the state of Nevada.

How long does an indictment take in Nevada?