In Nevada, a wrongful death lawsuit under NRS 41.085 may be brought when a victim dies or is killed as a result of another person’s wrongdoing. In these cases, the surviving family members or the executors of the victim’s estate may bring a claim for money damages.

A wrongful death action is a civil rather than a criminal action. Therefore, the suspect is not facing incarceration. Instead, the victim’s family is seeking payment to compensate them financially for their losses as well as for their pain and suffering in Nevada.

Families typically have a two-year statute of limitations in Nevada after their loved one’s death to sue the suspect. Even if the suspect was previously charged with murder and acquitted, the victim’s family may still be able to prevail in a lawsuit.

In this article, our Las Vegas personal injury attorneys discuss how to file a wrongful death lawsuit in Nevada. Scroll down, or click on a topic below to jump to that section. 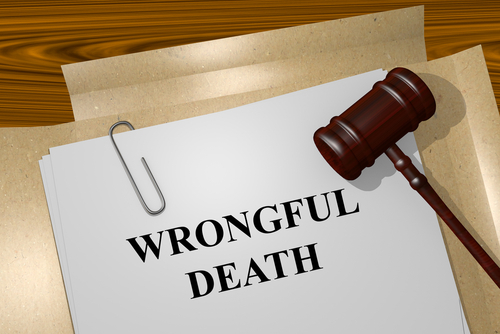 1. What is the legal definition of wrongful death in Nevada?

A person is liable for the Nevada civil cause-of-action of “wrongful death” if that person unlawfully causes another to die. It makes no difference if the killing was done intentionally or recklessly or resulted from the person’s negligence.

These actions arise out of a variety of different circumstances in Clark County. Common examples include (but are not limited to):

Whereas most Nevada personal injury claims are based on English common law and past cases, wrongful death is completely statutory under NRS 41.085.1 In order to prove at a trial that a defendant is liable, the court would need to find that the following four “elements” are true:

How best to prove this claim depends wholly on the unique circumstances of the case. Common evidence that factors into these types of cases include:

2. Who is eligible to file suit?

The only parties who may bring a Nevada wrongful death action are:

If a married person is wrongfully killed, that person’s surviving spouse or domestic partner or children would be the heirs. If the victim is unmarried and childless, then his/her heirs would be (in order of seniority):

Note that the following people are ineligible to bring NRS 41.085 claims, even if they are named as beneficiaries in the victim’s will:

3. Who are the potential defendants? How will they fight back?

Any one person, organization, or company can face an NRS 41.085 lawsuit in Nevada for wrongfully (“tortiously”) causing a person to die. Some examples of possible defendants include:

An unlawful killing can subject the responsible party to both criminal and civil charges.

Note that venues that serve alcohol may not be liable by selling alcohol to a victim aged 21 or older, even if the victim’s intoxication contributed to someone’s death.5

There are many possible defense strategies the defendants may employ in attempt to escape liability. But in any case, the defendants would try to show that something or someone other than themselves caused the victim to die. Five common defense arguments include:

Therefore, the plaintiffs’ attorney’s job is to cast doubt on the defendant’s excuses and to show they are not credible or relevant.

Plaintiffs generally have only a two (2) year time limit from the date the victim died to file a Nevada wrongful death lawsuit. If plaintiffs wait after the two years to file suit, the defendant will almost certainly file a motion to dismiss the case and win.

This is why family is encouraged to consult with a personal injury attorney right away: The wrongful death attorney can then spend this time period compiling valuable evidence and crafting a strong case before the statute of limitations passes.6

5. What money damages can I win?

Wrongful death under NRS 41.085 is the most serious civil claim under Nevada state law; therefore, it is unsurprising that these cases often yield very large settlements and jury rewards.

In the Mandalay Bay Route 91 Harvest Festival shooting case — where the MGM’s negligence arguably contributed to hundreds of innocent people getting killed — MGM was on the hook to pay the victims’ families hundreds of millions of dollars in monetary compensation.7

If a victim’s estate sues for wrongful death in Nevada, the estate may recover the following damages:

Meanwhile, heirs who sue may be able to recover money damages for the following:

There are many circumstances courts consider when determining the pecuniary loss incurred by someone dying. Some of these include:

However, the most important consideration is that of decedent’s circumstances at the actual time of death:

For example if an adult wage earner dies and leaves dependents, the major components of recovery include loss of income and loss of parental guidance. In this circumstance, the jury would most likely think about the decedent’s earning at the time of his death and the person’s potential future earnings.

In any case, the plaintiffs’ attorney would thoroughly investigate all the relevant evidence to the person’s death in order to argue for the highest financial rewards possible. Since damages are often speculative and difficult to calculate, the parties may rely on an economist to help determine what the damages should be.11

Usually yes, depending on the terms of the insurance policy. Though in many cases, policy limits fall far short of what the claimant is seeking. This is especially true if there is more than one claimant, such as the decedent’s estate as well as any intestate heirs.12

7. What if there was medical malpractice? 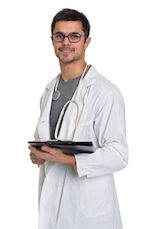 Doctors whose negligence causes their patients to die may face civil charges.

Sometimes patients pass away because their doctors made mistakes. In this case, the patient’s estate and/or family may try to sue the doctor for wrongful death by committing medical malpractice.

Medical malpractice cases are unique since the plaintiffs have to show that the victim’s death was not a natural progression of his/her illness but rather directly resulted from the doctor’s negligence. Furthermore, the amount of damages that plaintiffs can recover are often capped at a certain amount.13

8. Should I settle or go to trial?

The vast majority of personal injury cases settle through negotiation alone. The settlement process allows all the parties to be flexible and creative when crafting possible resolutions. And by settling, the parties avoid the time and expense of trial in Nevada court.

But many grieving family members understandably want their “day in court” and for the defendant to be found liable in a court of law. The trial process itself may provide closure, and juries may award far more money than anything the plaintiff(s) would be willing to settle for.

But trials carry risks. The defendant may be found not liable for wrongful death. And the litigation process often takes years. Even if the defendant loses, he/she may appeal. This could drag on the proceedings for more years.

9. Can the defendant go to prison?

One defendant can face both murder charges and wrongful death claims for the same incident in the state of Nevada, but they are entirely separate legal proceedings. It is not unusual for a civil suit to follow a related criminal trial. However it is not necessary, and one can be brought without the other.

Another major difference between criminal and civil cases is the “standard of proof” that the plaintiff is required to meet in order to win. It is much easier for plaintiffs to win a wrongful death case than for the district attorney to win a murder case:

In civil cases, plaintiffs are required to prove that the defendant wrongfully caused the death “by a preponderance of the evidence.” This roughly translates to that it is “more likely than not” that the defendant is liable. But for criminal charges, the state is required to prove murder “beyond a reasonable doubt.” That is a much higher standard.

So even if the Clark County District Attorney declines to file murder charges — or the jury finds the defendant “not guilty” of murder — the victim’s family can still bring and possibly win a civil lawsuit for wrongful death.

One example of this scenario is the O.J. Simpson cases: After he won his criminal trial, Nicole Brown Simpson’s family sued him (and won).

Call our wrongful death lawyers for a free consultation and legal advice. We are based in Las Vegas, NV, but we create attorney-client relationships throughout the state.

You may also wish to see our law firm‘s articles about survival actions in Nevada about suing for wrongful birth in Nevada.

In Colorado? See our article on wrongful death lawsuits in Colorado.