NRS 200.605 is the Nevada law which prohibits hazing. This statute defines hazing as:

"an activity in which a person intentionally or recklessly endangers the physical health of another person for the purpose of initiation into or affiliation with a student organization, academic association or athletic team at a high school, college or university in this state."

An NRS 200.605 violation that results in no substantial bodily harm in Nevada is a misdemeanor in Nevada, carrying:

But hazing that does result in serious injury is a gross misdemeanor in Nevada, carrying:

Schools may also impose their own harsh hazing punishments including suspension or even expulsion.

It may be possible to reason with prosecutors so they reduce or dismiss NRS 200.506 charges as part of a Nevada plea bargain. Potential defenses include:

In this article, our Las Vegas criminal defense attorneys discuss Nevada hazing laws under NRS 200.605. Click on a topic to jump to that section: 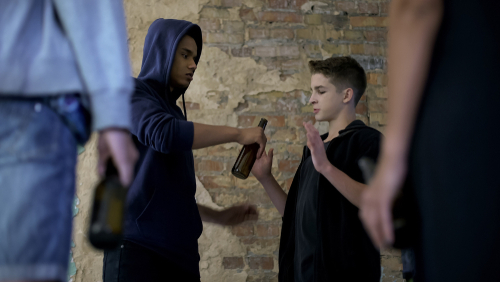 Hazing can be a gross misdemeanor or misdemeanor in Nevada depending on the harm to the victim.

1. Legal definition of hazing in Nevada

NRS 200.605 makes it a crime to impose physical brutality on an initiating or current member of either a high school or college club such as a:

Hazing may be considered tradition among various clubs in Nevada upper schools and universities. However, this practice has been a crime ever since the Nevada State Legislature passed Senate Bill 297 in 1999.

Many think of hazing as the over-the-top antics portrayed in such films as Animal House and Old School. But hazing can be illegal even when it is seemingly harmless such as pressuring club members to flash an undergarment or waking them up and forcing them to go out. It does not matter whether the hazing is being inflicted by fellow students or adult coaches or mentors.

The following hazing incidents in Nevada illustrate the broad range of NRS 200.605:

Other examples of hazing are: 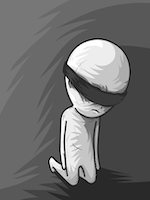 Predictably, most hazing incidents never get reported out of fear or embarrassment. National organizations such as StopHazing.org exist to help educate people on hazing and how to seek help. In 2017, UNLV suspended the sorority Delta Zeta for hazing.6

2. Penalties for hazing in Nevada

The penalty for violating NRS 200.605 depends on whether anyone gets seriously hurt. If the hazing does not result in substantial bodily harm, a conviction is punished as a misdemeanor. The sentence is:

Meanwhile, a conviction for hazing that does cause substantial bodily harm is a gross misdemeanor. The sentence is:

Also note that anyone accused of hazing could face disciplinary action from any educational institution they are enrolled in. It is common practice for colleges to suspend or expel students for hazing, even when the state elects not to file criminal charges.

Defendants under 18 who are arrested for hazing in Nevada typically have their cases heard in juvenile court. Minor-aged defendants are adjudged "delinquent" rather than "guilty," and they may usually have their Nevada juvenile records sealed upon turning 21.8

But if the hazing case is serious enough, a juvenile may be "certified" as an adult in Nevada and have their case moved to standard criminal court. Learn more about Nevada juvenile crimes.

The best way to defend against an NRS 200.605 charge depends on the facts of the specific case. Common defenses include:

The circumstances of a hazing case determine which defense strategies could prove most effective.

In many cases, the alleged victims consented to being -- or even asked to be -- hazed in order to be a part of the club or team. But consent is not a valid defense to Nevada hazing charges.9

Student organizations are often steeped in traditions and rituals that involve no abuse or endangerment whatsoever. Examples include everyone wearing a certain color for a day or chanting club songs.

3.2. The defendant was falsely accused

It is not uncommon for people to wrongly accuse someone else of a crime out of anger, jealousy, or an honest misunderstanding. This is especially true for young adults.

In these cases, the defense attorney would try to argue that the accuser lacks credibility or that the evidence contradicts the accuser's story. Typical evidence that can help "impeach" an accuser's credibility is his/her text communications showing that he/she has something against the defendant.

Law enforcement may perform arrests, searches, and seizures only if they have probable cause to believe criminal activity has occurred. If the attorney can show that the police lacked probable cause or violated Nevada warrant procedures, then the defendant can file a Nevada motion to suppress evidence:

This motion asks the judge to throw out all the evidence the police found from their unlawful activity. If the judge agrees and grants the motion, the case may be dismissed for lack of proof. The prosecution has the burden to prove a defendant guilty of hazing beyond a reasonable doubt before he/she can be convicted at trial, which is a very high bar.

Hazing under NRS 200.605 is potentially deportable.

Arguably, hazing under NRS 200.605 can be considered a crime of moral turpitude in Nevada. Therefore, aliens who are facing hazing charges risk deportation if they get convicted.

An experienced criminal defense attorney may be able to get a non-citizen's hazing charges reduced to non-deportable offenses or even dismissed. Learn more about the criminal defense of immigrants in Nevada.

The waiting period to seal hazing cases under NRS 200.605 depends on whether the conviction was for a misdemeanor or gross misdemeanor:

Learn more about how to seal Nevada criminal records.

Any unlawful infliction of physical force qualifies as the Nevada crime of battery (NRS 200.481). The most common examples are hitting and kicking, but battery can also include poisoning, spitting on, or tearing clothes off from. The penalties for battery turn on the severity of the case.

Putting someone in apprehension of immediate bodily harm is assault under NRS 200.271. In short, an attempted battery is an assault (as long as the victim fears he/she is about to be struck). The punishment depends on the circumstances of the case.

The Nevada crime of harassment (NRS 200.571) occurs when someone knowingly threatens harm to someone else so that he/she reasonably fears that the threat will be carried out. As with the penalties for assault and battery, harassment penalties depend on the facts of the case.

We believe that a young person's indiscretions should not jeopardize his or her future. Our goal with student clients is to try to keep their record as clean as possible so they can go on with their education as soon as possible.

Depending on the case we may be able to get a student's hazing charge reduced to a lesser crime or even dismissed without a trial. But if necessary we will take the case to a jury and fight for a "not guilty" verdict. We also may be able to help defend against any disciplinary action so the student can stay in school.