Nevada law requires drivers to yield right-of-way before making a left against traffic. So drivers should wait until there is a sufficient break in the oncoming traffic that would allow them to make a left turn without causing any interruption in the flow of oncoming traffic.

Failing to yield while making a left turn against traffic is a misdemeanor in Nevada. The fine penalty in the City of Las Vegas is $305, and the Nevada DMV tacks four (4) Nevada demerit points on the defendant's driver's license.

Most traffic charges can get reduced to a non-moving violation or possibly dropped through a plea deal.

Typical defense strategies for charges of violating NRS 484B.253 include:

Defendants who ignore or forget about their traffic ticket may have a bench warrant issued for their arrest. So it is important that anyone facing traffic charges seeks legal counsel as soon as possible after the incident. 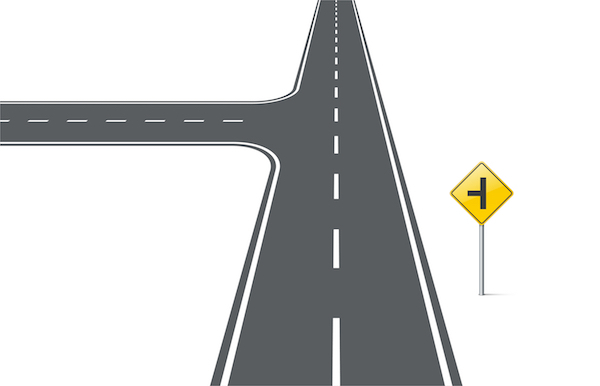 Nevada law requires drivers to yield to oncoming traffic before making a left turn against traffic.

1. Do drivers have to yield when making a left turn against traffic in Las Vegas, Nevada?

Yes. Drivers who wish to make a left against traffic are required to yield until there is a sufficient break in oncoming traffic to turn safely. Certainly, if the intersection has a traffic light that displays a left turn arrow, then the driver may make a left without yielding.1

There are several possible defenses to NRS 484B.253 charges depending on the circumstances. Three common defense strategies include:

Police officers are fallible, and sometimes they mistakenly cite drivers for a violation they never committed. A defense attorney would investigate the matter and try to find evidence favorable to the defendant, such as:

Not yielding before making a left is a misdemeanor in Nevada.

If the defense attorney can raise a reasonable doubt as to the defendant's guilt, the D.A. may consider dropping the charges.

2.2. An emergency situation would have made yielding more dangerous

Sometimes unexpected emergency situations force drivers to temporarily violate traffic laws in order to avoid causing an accident. For instance, if a driver waiting to make a left sees that the car behind him is about to rear-end him, the driver may be legally justified in turning early as long as the driver is careful not to hit any other cars in the process.

Nevada law relieves people from civil liability when they react reasonably to emergency situations. A good criminal defense attorney may be able to persuade the court that Nevada's "sudden emergency doctrine" should relieve traffic defendants from criminal liability as well.2

If the case comes down to a question of the accuser's word against the defendant's, the prosecutor may be willing to dismiss the case for lack of proof.

Fortunately, most traffic cases never progress to the point of litigation. In the majority of situations, the defense and D.A. can quickly come to an agreement where the traffic charge is reduced to a non-moving violation or dismissed.

3. What are the penalties for failing to yield while turning left at an intersection in Las Vegas, Nevada? 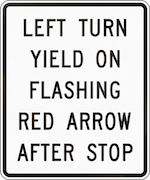 Neglecting to yield before turning left carries a $305 fine in the City of Las Vegas.

The City of Las Vegas charges $305 for an NRS 484B.253 violation.3 The amount is typically lower in other jurisdictions such as the City of Reno, which charges only $170.4

4. Can I get a traffic charge reduced to a non-moving violation in Nevada?

Prosecutors are often willing to reduce a charge for "making a left without yielding" to a non-moving violation or possibly a dismissal. But if the defendant has a long history of traffic violations, the prosecutor may be less willing to extend a plea bargain.

5. How many points will go on my Nevada driver's license?

These drivers should be careful not to pick up any more traffic violations: Accumulating twelve (12) or more demerit points will cause their license to be suspended for six (6) months. And the only way to contest this suspension is through a DMV hearing, which can be difficult to win.6

Defendants convicted of moving violations usually do see an auto insurance premium hike on their next bill. But if the charge gets dismissed or reduced to a non-moving violation, the insurance company will probably not impose a penalty. 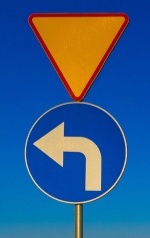 Most NRS 484B.253 charges can be reduced to a non-moving violation in Nevada.

In most cases, the defendant can forgo traffic school by paying a fine. But sometimes it is worth doing traffic school if the judge will agree to reduce the charge to a non-moving violation.7

In the best case scenario, the defendant's attorney can convince the D.A. to drop the entire case without having to do traffic school at all.

The worst thing a traffic defendant can do is ignore a traffic ticket. After a 30-day grace period from missing court or a fine payment, the judge will issue a bench warrant. Defendants late on a payment can do community service instead; but if they fail to complete the service, a warrant will issue.

Then the defendant can be arrested at any time and held without bail pending the next court appearance.

It depends on the individual home state's DMV regulations. Therefore, out-of-state defendants who pick up a traffic citation in Nevada should speak with an attorney in their home state.

A conviction for violating NRS 484B.253 can be sealed 1 year after the case ends.

A Nevada conviction for not yielding before making a left turn can be sealed one (1) year after the case ends (in most cases).10 But when the charge gets dismissed, there is no waiting period -- the defendant can petition for a record seal immediately.11

Legal aliens do not have to worry about getting deported for violating NRS 484B.253. But in light of the current political climate, all non-citizens are strongly urged to talk to a lawyer whenever they are facing criminal charges to discuss the latest laws. Learn more about the criminal defense of immigrants in Nevada.

Considering that most prosecutors are willing to extend a good plea deal, defendants are encouraged to fight the case. If all goes well, the defendant will get no new demerit points or car insurance hikes.

Yes. In the rare case that a traffic matter does not settle, defendants always have the option to request a bench trial (where the judge decides the verdict).12 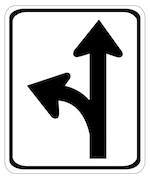 Having an attorney increases a defendant's chances of getting a traffic charge reduced or dismissed.

It always helps. The unfair truth is that prosecutors are likelier to offer a good plea deal to represented defendants. Attorneys are usually better negotiators that non-attorney defendants. And defendants never have to personally make a court appearance as long as they have an attorney (in most cases).

16. If a driver causes an accident by failing to yield while turning left, can I file a lawsuit?

Absolutely. Drivers, passengers, or pedestrians injured in a collision may be able to sue the alleged perpetrator for negligence per se, which has three "elements."

And if necessary, our attorneys will take the matter all the way to trial in an effort to win the most compensatory damages and punitive damages the court can grant. Note that victims may still be eligible for damages even if they contributed to the accident. Learn more about our Las Vegas personal injury attorneys.

The Nevada crime of driving too slowly in a left lane is a misdemeanor carrying $50 for a first offense and two (2) demerit points. The fine increases with each successive offense.14

The Nevada crime of running a red light is a misdemeanor in Nevada carrying four (4) demerit points. The fine in the City of Las Vegas is $305.15

The Nevada crime of failing to yield to pedestrians at crosswalks is a misdemeanor as long as there is no accident. The fine in the City of Las Vegas is $305, and the DMV tacks on four (4) demerit points.16

To talk for free, call our Las Vegas criminal defense attorneys at 702-DEFENSE (702-333-3673). We may be able to reduce or dismiss your charges so you endure no traffic school, demerit points penalties, or insurance rate increases.