The Mesquite Detention Center can be reached at (702) 346-6925. It is located in the same building as the Mesquite Justice and Municipal Courts, at 500 Hillside Dr., Mesquite, NV 89027. It is a small facility with just twenty beds.

Note that if an inmate is placed on a Nevada ICE hold at Mesquite, the person may remain in custody for an extra full 48 hours (not counting weekends or holidays) while ICE (Immigration and Customs Enforcement) looks into seeing whether the inmate may be in the U.S. unlawfully. If ICE determines that he/she may be here illegally, he/she will be transferred to Las Vegas Immigration Jail.

In this article, our Las Vegas criminal defense attorneys provide general information about the Mesquite Detention Center, including bail information, visiting hours, and phone calls. Click on a topic to jump to that section:

The Mesquite Detention Center shares a facility with the Mesquite Courts in Nevada.

1. Where is the Mesquite Jail in Nevada?

2. How do I find an inmate at Mesquite Jail?

To determine whether someone is currently in custody at the Mesquite Jail in Nevada, call the jail at (702) 346-6925.

3. How do I bail out an inmate at Mesquite Jail?

Usually, people can bring bail money to the Mesquite Police Department at 695 Mayan Circle in Mesquite. If it is after business hours and the bail window is closed, they can call an administrator on the black phone in the lobby.

Persons in custody at the Mesquite Jail in Nevada may be bailed out twenty-four hours a day. Outsiders may post bail either in person or through a bail bondsman. The jail accepts cash or money orders, but note that money orders have to be in the exact, full amount and made out to the proper Mesquite Court.

4. Can I call an inmate at Mesquite Jail?

No. As with most jails, outside persons may not call a person in custody at the Mesquite Detention Center.

But Mesquite Jail inmates have access to phones during the day where they may make collect calls or use a prepaid calling card. Outside people may set up a prepaid account through Securus to receive incoming inmate calls. Call (800) 844-6591 for more information.

5. When are visiting hours at Mesquite Jail?

Visitors must be pre-approved to visit an inmate at the Mesquite Detention Center. Note that all visitors will be checked for outstanding warrants. All visitors must be at least eighteen (18) years old, or else supervised by a guardian twenty-one (21) years or older.

Visits can last thirty (30) minutes each. Visits are conducted through glass windows with a phone. There is no limit to the number of people who can share a visit as long as it does not get too crowded in the visiting booth.

In order to visit a person in custody at the Mesquite Jail, visitors do not have to call ahead of time to make an appointment. But they should show up a half hour early so that administrators can have enough time to check their photo I.D. and run a warrant check.

People may be denied visitation privileges at Mesquite Jail if:

Lawyers who wish to meet with clients incarcerated in the Mesquite Jail should phone the jail in advance at (702) 346-6925 to schedule an appointment. Lawyers should bring their photo I.D. and inform the jail if they are bringing other visitors with them.

6. How do I give money to an inmate at Mesquite Jail?

People may put money on an inmate's books at the Mesquite Jail in person or by mail. To transfer funds in person, go to the Mesquite Justice Facility, located at 500 Hillside Drive, Mesquite. A staff member will be there twenty-four hours a day to receive the money and provide a receipt.

To transfer funds by mail, send the money to the inmate at the following address and it will be placed on the inmate's books within a day:

The Mesquite NV Detention Center accepts money orders, cashier checks, and cash (but only in denominations of twenty dollars ($20) or less). No personal checks are accepted.

7. How do I send mail to an inmate at Mesquite Jail? 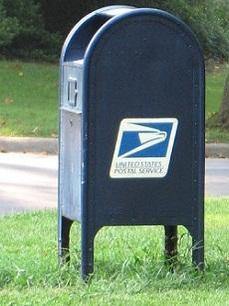 The Mesquite Jail mailing address for a person in custody is:

All mail is searched by jail officials prior to delivery. Outsiders may not send packages or unused stamps. People should not send explicit photographs or any inappropriate materials.

Mesquite jail inmates may receive books and magazines only if they are mailed directly from the publisher.

8. How can a Mesquite Jail inmate release his/her property?

9. Does Mesquite Jail have a commissary?

Yes. Persons in custody at the Mesquite Detention Center may fill out forms to buy items from the jail commissary (which is similar to a general store) on Wednesdays and Saturdays. Their purchases are generally delivered by the next day.

10. Does Mesquite Jail have medical care?

Not on staff. But if a person in custody at the Mesquite Jail requires medical care, the jail administrators will make an appointment with a physician. Due to the facility's small size, there are no medical personnel on the premises.

If you or someone you love has been booked at the Mesquite Detention Center, phone our Mesquite Criminal Defense Lawyers at 702-DEFENSE (702-333-3673) for a phone consultation free of charge. We will help you make sense of the convoluted Nevada bail process while doing everything in our power to negotiate and litigate a favorable outcome for the case.