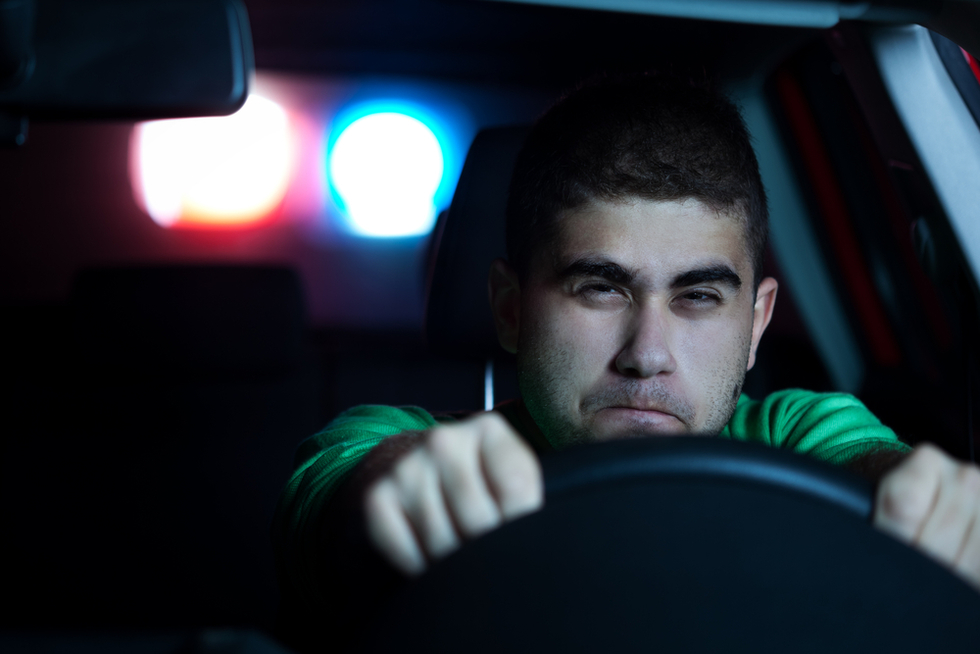 Causing Death or Injury While Evading the Police in Nevada

You are guilty of eluding causing death or injury when:

You are the "proximate cause" of someone's death or injury if:

The punishment for felony eluding causing death or injury can include:

Nevada's law on felony eluding is fairly strict. Nevertheless, there are many reasons that you might not be guilty of it.

While the best defense to Nevada felony eluding charges depends on the facts of your case, four common defenses that will often get charges reduced or dismissed are:

Example: Jane is in a hurry to get home to look after her sick husband. When she is almost home, she picks up her speed and drives through her neighborhood about 10 miles per hour over the posted speed limit. A Las Vegas police officer signals her to pull over, but Jane she pretends she doesn't see it. As Jane is sneaking looks into her rearview mirror, she accidentally hits a baby carriage being pushed by a nanny talking on her cell phone and the baby is seriously injured.

The prosecutor may try to argue that Jane caused the baby's injuries by ignoring his signal to pull over. However, Jane's Las Vegas criminal defense lawyer may be able to introduce evidence – such as cell phone records and witness statements --to show that the nanny was the proximate cause of the baby's injuries, which would have resulted even if Jane had pulled over. In such a case the prosecutor may be willing to reduce the charge to a misdemeanor for Nevada police eluding. As a misdemeanor, evading the police can be punished by a maximum of 6 months in jail and a $1,000 fine.

If you or someone you know has been charged with felony eluding or another driving crime in Reno or Las Vegas, Nevada, we invite you to contact us for a free consultation.

Our caring Reno and Las Vegas, Nevada criminal defense lawyers know that there are many reasons why you may not have stopped when the police pulled you over. We are here to uncover the evidence most favorable to your case and to present your side of the story to the judge and prosecutor and, if necessary the jury.

To schedule your free consultation call us at702-DEFENSE (702-333-3673) or submit the form on this page. We will get back to you promptly to help you start planning the best defense to your Nevada driving crimes charges.

Also see our related article on the Nevada crime of escaping prison.