What is "elder abuse" in Nevada law?

NRS 200.5099 is the Nevada law that makes it a crime to abuse, neglect or exploit people 60 years of age or older. Elder abuse is prosecuted as a gross misdemeanor or a class C felony, and carries a penalty of up to 5 years in prison and up to $10,000 in fines. But the penalty can increase to up to 20 years in prison if the senior victim suffers substantial bodily or mental harm.

State law imposes enhanced penalties for causing them physical, mental, or financial harm. Many of these cases occur in nursing facilities or in multi-generational family homes.

But if the victim sustained substantial bodily harm or mental harm, a first-time conviction is a category B felony. The sentence is 2 to 20 years in prison.

Penalties for elder exploitation turn on the amount of money the victim lost.

Common defenses to NRS 200.5099 violations include: 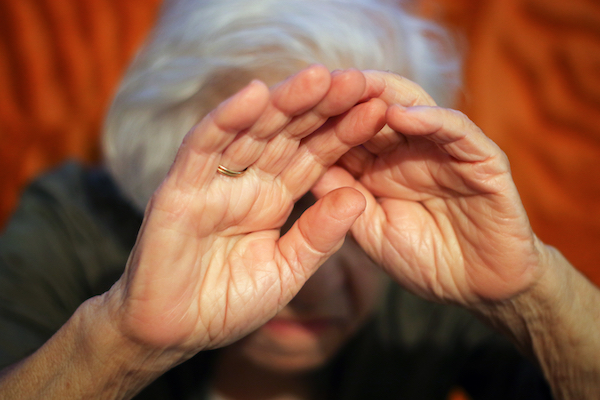 1. What is elder abuse in Nevada?

Harming people age 60 or older is a Nevada crime. This includes physical, mental, or financial harm. There are five different types of elder abuse:

Nevada’s legal definition of abusing elders is the willful and unjustified:

Abuse of elderly people is a broad offense. It encompasses any behavior that can cause physical or mental harm. Examples of abusing the elderly include:

Example: Tom hires Angela to care for his sick father in Clark County while he is at work. Angela’s job is to feed, bathe, and tend to his needs. Instead, Angela just sits in the living room away from the father all day and never changes his diaper until right before Tom gets home. Since Tom’s dad is unable to speak or communicate, Tom never finds out what is happening. But Angela could be arrested for elder neglect. She does not live up to her contractual obligation to care for Tom’s dad.

It does not matter if Tom’s dad in the above example sustains no serious injuries. Neglectful behavior in itself is a crime.

Nevada’s legal definition of isolation of older people is willfully, maliciously, and intentionally preventing human contact. This typically occurs with elderly victims who are unable to walk or otherwise have limited mobility.

Nevada’s legal definition of elder exploitation occurs when a person:

These cases often involve tricking or using undue influence on an elderly person into:

An example would be a frustrated caretaker leaving an elderly person who cannot talk or communicate alone in the woods with no way to get home.1 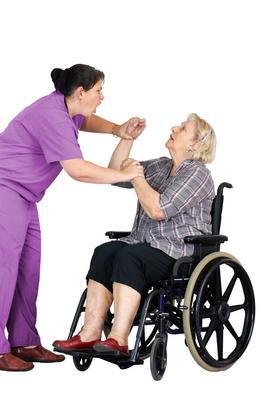 2. What are common defenses?

Caretakers and family members are often wrongfully accused of abusing older people. Three common ways to fight elder crime charges in the state of Nevada include the following:

Example: Myra takes care of her elderly mother Mona. Mona is upset that Myra will not let her smoke cigarettes. So one day when Myra is out, Mona takes a razor and cuts herself all over her limbs. Then she calls elder protective services and 911, claiming to the law enforcement agency that Myra attacked her. The police department officers arrest Myra for suspected abuse. But her criminal defense attorney hires a medical expert that determines Mona’s wounds were self-inflicted. This convinces the prosecutor to dismiss the charges.

Many abuse charges come down to a case of he said/she said. If there is no evidence of abuse, it may be very difficult for the D.A. to prove guilt beyond a reasonable doubt.

Nevada’s elder crime punishments depend on the type of the harm.3

4. Can victims of elder abuse bring a civil lawsuit?

Yes. Older adults who have been physically, mentally, or financially abused may sue the perpetrators for financial settlements. Depending on the case, potential legal claims may include:

Nursing home abuse lawsuits are common. Elderly residents are at the mercy of undertrained and understaffed facilities. And many residents are needlessly getting sick and dying from COVID-19. The spread could have been avoided had staff taken more safeguards and been supplied with protective gear.

5. How do I report elder abuse?

If the elderly person is in immediate danger, call 911. Otherwise, to report suspected abuse contact Adult Protective Services (APS) at this hotline: 888-729-0571. If the suspected vulnerable person abuse is in Clark County, local calls can be made to 702-486-6930.

Call our Las Vegas, NV criminal defense attorneys. We offer free consultations to you and your loved ones.

See our related article on mandated reporters in Nevada.

Misdemeanor in Nevada under NRS 453.566 to possess drug paraphernalia in casinos (or any location). Penalties include: up to 6 months in jail, and/or up to $1,000 in fines Housekeeping staff who find paraphernalia in hotel rooms might inform their bosses, who may then call the police. Therefore, it is strongly recommended that tourists not bring, buy, ...

Yesterday the Advocates for Highway and Auto Safety bumped Nevada’s ranking for traffic safety laws from the lowest “red light” status up to the middle “yellow light” status in its annual Roadmap of State Highway Safety Laws. One new Nevada law that helped improve the state’s ranking is the requirement that all drivers arrested with ...