NRS 465.085 is the Nevada law that prohibits the unlawful manufacture, sale, distribution, marking, altering or modification of equipment and devices associated with gaming. This statute states that:

1.  It is unlawful to manufacture, sell or distribute any cards, chips, dice, game or device which is intended to be used to violate any provision of this chapter.
2.  It is unlawful to mark, alter or otherwise modify any associated equipment or gaming device, as defined in chapter 463 of NRS, in a manner that:
(a) Affects the result of a wager by determining win or loss; or
(b) Alters the normal criteria of random selection, which affects the operation of a game or which determines the outcome of a game.
3.  It is unlawful for any person to instruct another in cheating or in the use of any device for that purpose, with the knowledge or intent that the information or use so conveyed may be employed to violate any provision of this chapter.

Violating NRS 465.085 is a category B felony in Nevada. A first-time conviction carries:

But a defense attorney may be able to negotiate a significant charge reduction or a dismissal through a Nevada plea bargain. Potential defense strategies include:

In this article, our Las Vegas criminal defense attorneys discuss illegal actions regarding Nevada gambling devices. Click on a topic below to jump to that section: 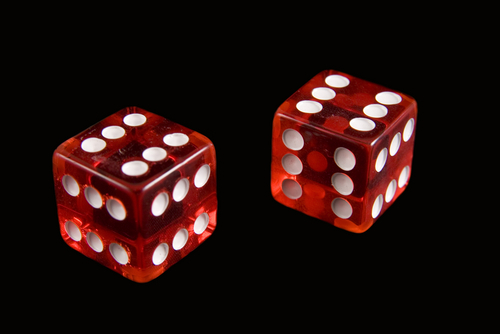 Altering gaming devices is a category B felony in Nevada under NRS 465.085.

1. Legal definition of unlawful acts with gaming devices in Nevada

NRS 465.085 prohibits the manufacture, sale, distribution, or modification of any gaming equipment outside the bounds of Nevada law. Just like food, beverages, and construction materials, gambling devices are strictly regulated. Even devices that work correctly are unlawful if they are not made, distributed, sold, or maintained in accordance with state law.

NRS 465.085 also prohibits altering gambling equipment in a manner that either:

And it makes no difference if the gambling devices are complex like a slot machine or simple like playing cards or chips:

Example: Sarah works as a maid at the Mirage. One evening she takes some dice from the craps table and shaves the corners so that they land on sixes more often than any other number. Sarah's actions are caught on surveillance video, and she is arrested for altering a gaming device.

In the above example, it does not matter that Sarah was caught before she could return the dice to the craps table or that no one won money from the dice. Merely her act of altering the dice is sufficient to invite prosecution.

Finally, NRS 465.085 prohibits people from instructing others how to cheat using gaming devices "with the knowledge or intent" that the information may be used to break the law. It makes no difference if the people giving instruction never physically altered the gambling equipment themselves.1

2. Penalties for illegal acts with gambling devices under NRS 465.085

Violating NRS 465.085 is a category B felony. A first-time conviction carries:

A second or subsequent conviction carries:

Note that the court may not grant probation or a suspended sentence in Nevada to people convicted of a second or subsequent violation of NRS 465.085.

Also note that any Nevada attempt or a Nevada conspiracy to violate NRS 465.085 is also punished as a category B felony. It is irrelevant whether the defendant personally played any gambling game or used any prohibited device. The penalty is:

Considering Las Vegas is a gambling mecca, it is not surprising Nevada law levies such harsh punishments for interfering with gaming equipment. However, it is always possible that prosecutors may be willing to lessen or drop the charges following a negotiation with the defense attorney.

3. Defenses to unlawful acts with gaming equipment in Nevada

Since NRS 465.085 is such a broad law, the best defense strategies are specific to the unique circumstances of each case. Some common arguments to fight charges include:

NRS 465.085 prohibits people from instructing others how to cheat using gaming devices if they have the knowledge that this information may be used in an unlawful way.3 If there is no knowledge or intent, no crime occurred:

Example: Tom works at Mandalay Bay. While giving a tour of the casino to his friends who are visiting, he mentions offhandedly, "a casino host told me that if you hit the poker machines on the side, you'll always get a full house. Crazy!" Unless Tom had knowledge or intent for his family to then use that information to cheat, Tom committed no crime.

Intent or knowledge is difficult for prosecutors to prove since it goes towards state of mind, which is invisible. Typical evidence in these cases includes surveillance video, text communications, and eyewitness testimony.

3.2. The defendant's actions were legal

Sometimes a person's perfectly lawful actions are misconstrued as illegal by others. For example, perhaps a casino employee who was accused of altering a roulette wheel was merely cleaning or repairing it. As long as insufficient evidence exists to prove the defendant's guilt beyond a reasonable doubt, criminal charges cannot stand.

The police are required to work within the bounds of the Fourth Amendment when conducting police searches. If the police overstep their bounds, the defendant can file a motion to suppress evidence in Nevada, which asks the judge to disregard all the evidence found from the illegal search. Assuming the court grants this motion, then the D.A. could be forced to dismiss the criminal charges for lack of proof.

4. Deportation for unlawful acts with gaming equipment in Nevada

As a serious felony that involves fraudulent behavior, violating NRS 465.085 is presumably deportable.

It is possible that an immigration judge could find that illegally making, altering, or selling gaming equipment is a crime involving moral turpitude in Nevada. Therefore, non-U.S. citizens who are facing NRS 465.085 charges are encouraged to hire an experienced lawyer right away to try to get the charge changed to a non-deportable crime. Learn more about the criminal defense of immigrants in Nevada.

People convicted of violating NRS 465.085 are required to wait five (5) years after the case ends before asking the court to seal their criminal record.4 Note that there is no waiting time to get a record seal if the charge got dismissed (and therefore there is no conviction).5 Learn more about getting Nevada criminal records sealed.

The Nevada crime of cheating at gambling (NRS 465.083) occurs when someone alters the elements of chance, method of selection, or criteria which determine either:

Not surprisingly, cheating is punished identically to unlawful acts with gambling equipment under NRS 465.085.

The Nevada crime of gaming fraud (NRS 465.070) occurs when someone either:

Also not surprisingly, gaming fraud is punished identically to unlawful acts with gambling equipment under NRS 465.085.

The Nevada crime of not paying a casino marker (NRS 205.130) occurs when someone who has taken out a casino marker fails to make good on paying it back within the time period allotted. Nevada law presumes the defendant has an "intent to defraud" if there is insufficient money in the defendant's bank account when the casino tries to redeem the marker.

The penalty for not paying back a marker of at least $650 is a category D felony in Nevada, carrying:

Otherwise, not paying back a casino marker is a misdemeanor in Nevada, carrying:

Are you facing charges for unlawfully making, selling, or altering gaming equipment or devices in Nevada? Our Las Vegas criminal defense attorneys want to help. Call us at 702-DEFENSE (702-333-3673) for a FREE consultation at any time.

Our initial goal would be to try to reason with the prosecutors to dismiss or reduce the charges. But if necessary, we are always ready to mount an aggressive defense at trial and fight for a not guilty verdict.