People whose civil rights have been violated by state or local officers in Nevada may be able to sue them in a "Section 1983" action. The victim would need to prove that the officer 1) acted under "color of law," and 2) infringed on his or her constitutional rights.

Depending on the case, plaintiffs who prevail in Section 1983 lawsuits can get compensatory damages to cover their:

Note that federal officers who violate people's civil rights can be sued in a "Bivens Claim," which is like a federal version of a Section 1983 lawsuit. 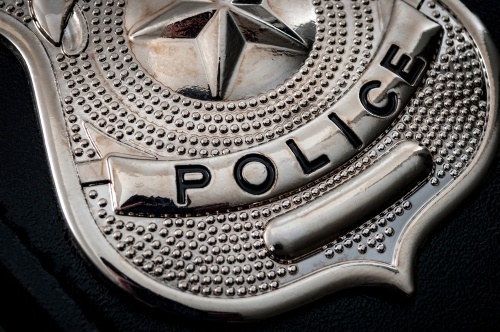 State or city officers acting under the color of law can be sued under 42 U.S.C. 1983 for violating people's constitutional rights.

"Under color of law" refers to people acting with the apparent authority of the state. Common examples of people who act under color of law while executing their job duties include:

Officers act under color of law when they wield the authority of their badges.

Even if these people break the law or act outside of the scope of their job duties, they are still "under color of law" if they appear and behave like officers and wield the authority of their badges and weapon.

The Fourth Amendment prohibits police from:

But even if the police had sufficient grounds to detain, arrest, or search, they can still face Section 1983 charges for acting unreasonably in the process. For example, police who use excessive force while executing an otherwise valid arrest warrant or search warrant may be liable under Section 1983.

The Eighth Amendment prohibits the state from ordering excessive bails or fines or imposing cruel and unusual punishment. Section 1983 cases based on Eighth Amendment violations often involve allegations of prison guard brutality, medical neglect, or inhumane or dangerous conditions. For example, a prison guard who puts an inmate in solitary confinement for no justifiable reason may be liable under Section 1983.4

Plaintiffs bringing Section 1983 lawsuits typically sue the officers that allegedly violated their rights as well as the officers' supervisors and the state or city agency that employs them. Therefore, typical defendants in these cases include:

In order for a city or county to be held liable under Section 1983, plaintiffs would need to prove that a policy or custom of the municipality caused their constitutional injury.5

In some cases, non-government employees can be held liable as state actors under Section 1983 if they perform a traditionally public function. For example, the Nevada Supreme Court held that private hospital employees could be sued under Section 1983 because they performed the traditionally public function of detaining patients against their will for involuntary confinement.6

Some parties may not be sued under 1983. These include:

As discussed above, cities and counties are not automatically immune from these lawsuits like states are.7

3. Winning money from a Section 1983 lawsuit in Nevada

Plaintiffs who prevail in a Section 1983 lawsuit may be awarded compensatory damages, which can cover such as expenses as:

If the plaintiff can show that the defendant acted with fraud, oppression, or malice, Nevada courts may also award punitive damages. Depending on the case, the size of punitive damages can be far greater than compensatory damages.

Also, the defendant(s) may be ordered to pay the plaintiff's attorney's fees.8 Finally, Nevada courts may order "equitable relief" where the court orders the defendant(s) to take remedial action to prevent further Section 1983 violations. This often includes changing official policies and procedures.

4. Statute of Limitations for Section 1983 lawsuits in Nevada

Victims who have had their constitutional rights violated by people acting under color of law usually have two (2) years after the injury to bring a Section 1983 lawsuit. But if the victim was arrested in the incident, this two-year statute of limitations does not begin until after the criminal case ends in the victim's favor. This way, the victim does not have to fight criminal charges and bring a civil lawsuit at the same time.9

5. Defenses to Section 1983 lawsuits in Nevada

Qualified immunity is a common defense to Section 1983 claims.

The two most common defenses to Section 1983 lawsuits are:

As discussed above in section 2.2, some parties are always immune to Section 1983 lawsuits, including judges and states. Otherwise, defendants can often claim "qualified immunity in Nevada": This is the presumption that they performed their discretionary duties in good faith.

A common defense in any civil case is that the defendant did not cause the plaintiff's injuries.11 Just because a plaintiff gets hurt does not necessarily mean the officer in the case is liable. Henderson civil rights attorney Michael Becker provides an illustration:

Example: Ned gets arrested in Las Vegas for DUI after refusing to take a preliminary breath test and exhibiting signs of impairment. After the officer handcuffs Ned, Ned tries to pull out his hands and breaks his wrist in the process. Ned eventually gets acquitted of DUI due to blood testing errors. Ned then sues the officer under Section 1983 for handcuffing him and causing his broken wrist. Here, Ned probably would not prevail in his lawsuit: The officer followed standard protocol for arresting Ned and handcuffing him, and Ned caused his own injury by trying to extract himself out of the cuffs, not because the cuffs were defective. Even though Ned's DUI charges were ultimately dismissed, the officer did not violate Ned's civil rights or cause his injuries.

Had the officer in the above example handcuffed Ned without probable cause or used handcuffs that were clearly too small, then Ned might have a valid civil rights claim. But since the officer did not overstep his job duties or act unreasonably, the officer probably would not be held liable.

In 1971, the U.S. Supreme Court in Bivens v. Six Unknown Federal Narcotics Agents ruled that the plaintiff could bring suit against federal narcotics agents who violated his civil rights by arresting him without a warrant and humiliating him in front of his wife and children. It made no difference to the Court that the officers were federal employees rather than state or local employees: Since the officers clearly violated the plaintiff's constitutional rights, they were vulnerable to a civil cause of action.

Therefore, the first step in bringing a civil rights lawsuit against law enforcement officers is to determine whether or not they are federal employees. Examples of federal agencies include:

If your constitutional rights were violated by a city, county, state, or federal officer in Nevada, call our Las Vegas personal injury attorneys at 702-DEFENSE (702-333-3673) for a FREE consultation. We may be able to bring a lawsuit and fight for the highest financial awards possible.