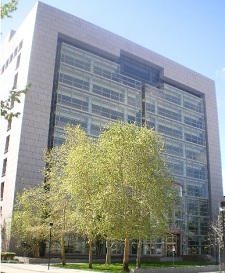 There is a public parking structure across the street at 6170 Sylmar Avenue between Delano Street and Calvert Street (one block east of Van Nuys Boulevard). The cost is $6 per day. This lot closes daily at 7:30pm. Metered parking is also available on all surrounding streets.

If you've been arrested for drunk driving, and you are scheduled to be arraigned at the Van Nuys Courthouse, let our experienced Van Nuys DUI defense attorneys help. Because we routinely appear in this courthouse, we enjoy great familiarity with the prosecutors, the judges and the court process. This knowledge allows us to secure the most favorable dispositions for our clients.

In this article, our California DUI defense attorneys1 explain how drunk driving cases are prosecuted and defended at the Van Nuys Courthouse by addressing the following:

1. What to Expect At Your Van Nuys Courthouse DUI Arraignment

1.1. Facts used to determine your "offer"

2. The DUI Pretrial Process at the Van Nuys Courthouse

1. What to Expect At Your Van Nuys Courthouse
DUI Arraignment

Your first court appearance following your DUI arrest will be your arraignment. The arraignment presents you with your first opportunity to plead guilty, not guilty, or nolo contendere "no contest" to your charge(s).

∗Because misdemeanor DUIs are much more common than felony DUIs, this article will focus on misdemeanor driving under the influence cases at the Varraignan Nuys Courthouse.

Once you are in an arraignment courtroom, the courtroom staff will play a video that details your Constitutional rights. Two of the most important rights that pertain to your arraignment include

If...following your DUI arrest...you were released from the Van Nuys Jail either on your own recognizance (known as an O.R. release) or because you
posted bail, you do not need to appear personally at your arraignment, as long as you secure legal representation ahead of time. Your California DUI defense attorney can appear on your behalf.

However, if you have not been released from jail...and have not retained an attorney from jail...or cannot afford to hire a private attorney, then you must personally appear. At your arraignment, you will be provided with an opportunity to speak with a public defender should you wish to apply for their services. You will also have the option of representing yourself.

Your failure to appear at the arraignment...either personally or through an attorney...will prompt the judge to issue a California bench warrant for your arrest.

1.1. Facts used to determine your "offer"

At the Van Nuys Courthouse, the prosecutor ostensibly offers the "best" deal at the arraignment. They do this

Depending on the circumstances of your particular case, the prosecutor's offer may be

But as top Van Nuys DUI defense attorney Darrell York2 explains, "When the prosecutor doesn't offer a reduced charge...or even sometimes when he/she does...it may not be in your best interest to "plead out" at this stage in the proceedings. Your attorney will not have had a proper opportunity to investigate the case prior to the arraignment."

The arraignment is really the first opportunity for the defense attorney to receive the police report and blood or breath BAC analysis reports. The prosecutor usually provides these to the defense at the first court date.

This means that...at the time of your arraignment...your attorney probably hasn't yet had a proper chance to evaluate the case to know whether you should "take the deal" or plead "not guilty" and set the case for pretrial.

Generally speaking, unless the offer is "too good to pass up"...perhaps because on information you provided to your Van Nuys DUI defense attorney, but of which the prosecutor is still unaware...your attorney will likely advise you to advance the case to pretrial or request a continuance of the arraignment.

And most attorneys who regularly defend DUI cases at the Van Nuys Courthouse will automatically request a two-week continuance which allows the attorney to conduct some additional investigation on the case.

There are two advantages to doing this:

The second factor is particularly important because DUI cases at the Van Nuys Courthouse go on a very strict timeline: judges will not permit a drunk driving case to go more than 90 days without going to a jury trial. This means that if the case doesn't settle within that timeframe, the judge will not grant any further continuances. You must either plead guilty or go to trial.

But the fact is that once a skilled DUI defense lawyer begins his/her investigation, he/she will likely discover legal defenses and weaknesses in the prosecutor's case that will help fight the DUI and lead to a better DUI plea bargain down the road.

And if you had a particularly high BAC, you may also be required to attend between 26 and 52 Alcoholics Anonymous "AA" meetings within your first year of probation.

If you were involved in a traffic accident, you may be required to complete 10 days of community service or labor, such as Caltrans roadside work.

And, of course, these DUI offers at the Van Nuys courthouse will vary, depending on the specific facts of your case. Cases that do not resolve during arraignment advance to the pretrial process.

Cases that do not resolve during arraignment advance to the pretrial process.

2. The DUI Pretrial Process at the
Van Nuys Courthouse

Once a case has moved out of the arraignment court, it advances to pretrial. When a case enters the pretrial process, it is sent to a new courtroom and assigned a new prosecutor. It is in this courtroom where


A savvy Van Nuys DUI defense attorney may try to stretch the 90-day timeframe as far as he/she can. This is because continuances are often good for the defense. As time goes on, memories fade, officers go on vacation or get transferred and evidence becomes less clear.

If the case doesn't resolve during the pretrial process, then the case goes to trial.

3. DUI Trials and Sentencing at the
Van Nuys Courthouse

Because so many DUI trials take place at the Van Nuys Courthouse, they move through the system in an almost robotic fashion. The prosecutor and his/her witnesses usually consist of

These witnesses often just regurgitate facts and information, failing to distinguish between defendants or arrests.

A defense attorney who frequently handles DUI cases at the Van Nuys Courthouse not only expects this but is readily familiar with these officers and SID criminalists and their typical testimony. As a result, a knowledgeable lawyer can anticipate

The DUI lawyer's objective at trial is to persuade the jury to return a "not guilty" verdict. If they do, the charge is dismissed and the case is over.

On the other hand, if the jury finds you guilty, the court will hold a sentencing hearing.

But unless new aggravating facts were revealed during the trial...or the judge believes that you committed perjury if you chose to testify)...the judge will most likely impose a sentence that is similar to the one that the prosecutor offered you prior to trial. If new aggravating facts were revealed, or the judge believes you lied on the stand, he/she may likely increase your sentence.

This is just one more reason why hiring a California lawyer who routinely defends DUI cases at the Van Nuys Courthouse is so invaluable. An experienced Van Nuys DUI attorney knows which judges will permit alternative sentences, what arguments are most likely to convince them to sentence you in this fashion and how to secure the most favorable results for his/her clients.

For more information about DUI cases at the Van Nuys Courthouse, or to discuss your case confidentially with one of our attorneys, do not hesitate to contact us at Shouse Law Group.