Arraignments in California Criminal Cases – 3 Things That Will Happen

An arraignment is usually the first court hearing in a criminal case. At an arraignment hearing, the defendant:

The next court appearance after the arrangement is usually for:

In the article below, our California criminal defense lawyers will explain the arraignment process, your rights, and what you may expect to happen. If you have additional questions, feel free to contact us at the Shouse Law Group.

An arraignment is usually the first court hearing in a California criminal case.

1. What is an arraignment?

2. When does a felony arraignment take place?

There are actually two arraignment hearings in the lifespan of a felony case. One occurs at the very start of criminal proceedings. The second happens after the preliminary hearing – if the result of that hearing is to hold the defendant to answer on the charges. For now, we’ll focus on the first of these: the initial arraignment.

If you committed an offense that requires you to remain in “custody” (that is, in jail), you must be arraigned within 48 hours of your arrest, not including weekends and holidays.1 This timeframe establishes the maximum amount of time the police and prosecutors have to place you before a judge. (See our article on how long it takes to get a court date for a felony case.)

Depending on the circumstances, sometimes even making you wait 48 hours could be considered unreasonable – an issue that your attorney could explore and potentially argue on your behalf.2

If there is an unreasonable delay between your arrest and your arraignment, the delay converts an otherwise lawful arrest into an unlawful detention. This type of potential police misconduct may entitle you to civil (or monetary) damages from the law enforcement agency for violations of California’s false imprisonment law. However, unlawful detention will not typically result in a dismissal of the case, unless

If you are being arraigned on a felony complaint that doesn’t require you to remain in custody – that is, you were released following your arrest, or you bailed out – you must be arraigned “without unnecessary delay.” In reality, however, if you’re out of custody, it may be weeks or even months before your arraignment.4

Example: John is arrested Friday night for felony assault with a firearm. He’s held in the West Valley Detention Center in lieu of $50,000 bail. Because he’s in custody, the prosecutor must arraign him no later than the following Tuesday (2 court days).

On Saturday, however, John’s family posts bail and he gets released. Because John is now out of custody, the D.A. no longer needs to arraign him within this timeframe. Therefore, John is given a notice to appear for his arraignment three weeks later, rather than Tuesday.

3. When is a misdemeanor arraignment?

The 48-hour rule applies to all crimes that require you to remain in custody, regardless of whether they are felonies or misdemeanors. That said, most defendants are released following a misdemeanor arrest.

When this is the case, the misdemeanor arraignment hearing generally does not take place for at least ten days following your arrest.5

4. What are my rights at the hearing?

Both the United States Constitution and the California Constitution empower you with a variety of rights during all criminal procedures. During your arraignment, the judge (or, in larger counties, a prerecorded announcement) will advise you of these rights.

If you have been accused of committing an infraction, only some of these rights apply. For example, a defendant charged with an infraction is not entitled to a court-appointed attorney or a trial by jury.9

If you were arrested for a misdemeanor, you are typically permitted to have your attorney appear on your behalf.

5. Can my lawyer appear on my behalf?

This depends on the offense for which you were arrested.

If you were arrested for a felony offense, you are typically required to appear in person at your arraignment hearing and most other proceedings. There are exceptions that either

There are a variety of rules that relate to these exceptions that your criminal defense attorney can explain. Be aware, however, that even if you validly excuse yourself from an arraignment, the court retains the right to order you to appear in person at any time until the final resolution of your case.10

If you were arrested for a misdemeanor, you are typically permitted to have your attorney appear on your behalf.11 However, there are some exceptions, the most common of which include

If you were arrested for one of these misdemeanor offenses, California law will most likely require your presence at the arraignment.

6. What happens if I fail to appear?

7. What should I bring to the hearing?

You will want to bring your attorney, if you hire one, as well as any paperwork you may have received from the police, the jail, and/or your bail bondsman. If you have documents or evidence that could aid in your defense, you will probably want to bring those as well. You will likely leave the arraignment hearing with:

The arraignment is the prosecutor’s opportunity to inform you of the charges that are pending against you.15 This is also his/her first opportunity to make you an “offer” which is the sentencing that he/she seeks for the crime(s) you have allegedly committed.

The arraignment presents your first opportunity to enter a “plea” in the case. Whether or not you choose to do so – or attempt to continue the case – will depend on your individual circumstances. If you enter a plea, it will either be:

Although most defendants who are represented by attorneys do not plead guilty or no contest during the arraignment phase, sometimes it is strategically advisable to do so. This may be the case, for example, in order to avoid further prosecution for more serious, uncharged offenses. 16

Deferred entry of judgment or diversion

And as Ventura criminal defense attorney Darrell York17 explains, “There is another option. You or your attorney could request a deferred entry of judgment. ‘Deferred entry of judgment’, pursuant to Penal Code 1000 PC, is a type of diversion program that allows you to abide by certain terms and conditions that – once you complete – entitles you to a dismissal of the charges.” 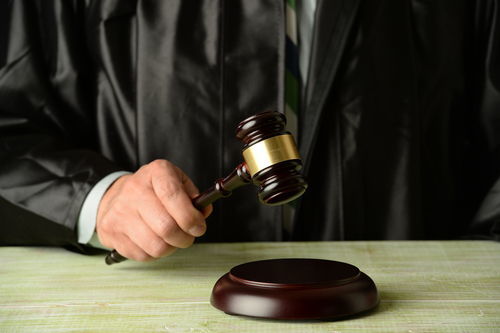 The judge may reduce your bail during arraignment

9. Will the judge consider reducing my bail at the arraignment?

Most likely, yes, although this issue could be set aside and argued at a more formal bail hearing which would likely be held within a week of your request. If you plead not guilty, the judge will

your bail. “Bail” is money that the court requires you to pay in order to assure your court appearances. The amount of bail varies depending on the crime involved. A County bail schedule sets forth the amount for bail for each type of crime.

If you feel that your bail is too high or that you should be released on your own recognizance (more commonly referred to as an “O.R. release”), you may ask the judge to modify the amount.

Whether the judge considers this issue at your arraignment or at a future bail hearing, he/she will presume that you are guilty of the charges and makes his/her decision with that presumption in mind. The judge then considers

After considering these factors, the judge may decide to

If you obtain an O.R. release (which is common for many first-offense misdemeanor cases that do not involve allegations under California domestic violence law), it means that the court believes you will keep your promise to appear in court as instructed.21

If you do not obtain an O.R. release and you cannot afford to post bail, you must remain in custody until your case is resolved.

2020 Update for Los Angeles County: Except in serious or violent felony cases, most arrestees will be released without having to pay bail. Learn more in our California bail article.

2021 Update for California: People can no longer be incarcerated solely because they cannot afford bail. Clear and convincing evidence is required to show that detention is necessary to protect public safety. See In Re. Kenneth Humphrey on Habeas Corpus, (March 25, 2021); Maura Dolan, California’s top court ends cash bail for some defendants who can’t afford it, Los Angeles Times (March 25, 2021)

10. What if I was unlawfully arrested?

If you were arrested on a misdemeanor charge without a warrant – and remain in custody at the time of arraignment – you may request a probable cause hearing.23 This is referred to as a “Penal Code 991 motion.”

A probable cause hearing requires the judge to determine

“Probable cause” is a legal standard that means “a state of facts as would lead a man of ordinary care and prudence to believe and conscientiously entertain an honest and strong suspicion that the person is guilty of a crime.”25

Probable cause hearings are typically conducted at the time of the arraignment.

11. And with respect to other motions.

When applicable, the arraignment is also your attorney’s first opportunity to argue against pending orders, such as a restraining order or stay-away order (which are most common in connection with California domestic violence cases and alleged violations of Penal Code 646.9 PC California’s stalking law).26

This is simply another reason why it is so important to consult with an attorney prior to your arraignment if you can afford to do so.

If you have additional questions about California’s arraignment process, or you would like to discuss your case confidentially with one of our attorneys, do not hesitate to contact us at Shouse Law Group.

Additionally, our Las Vegas Nevada criminal defense attorneys are available to answer any questions relating to Nevada’s criminal court system. For more information, we invite you to contact our local attorneys at one of our Nevada law offices, located in Reno and Las Vegas.27

Most states say that a felony charge is a criminal offense punishable by imprisonment for a term of one year or longer. The most serious felonies, such as murder and rape, can even be punished by life imprisonment or the death penalty in some jurisdictions. Felonies are more serious than misdemeanors, which are punishable by up ...

How long does a wrongful termination case take?

Wrongful termination lawsuits can take over a year to resolve. Every case is different, however. If the employer is eager to settle out of court, the case can end in a matter of weeks. If either side is intent on going to trial, a wrongful termination claim could linger on for several years. Currently, many ...

What are the penalties for identity theft in California?

Beginning January 1, 2017, California has several new laws affecting people charged with sexual assault. The new laws have been inspired by high-profile cases such as the allegations against entertainer Bill Cosby and the light sentence handed down to convicted Stanford swimmer Brock Turner. The first important change is the complete elimination of any statute of limitations ...