The three most common pleas in a California criminal case are

While “not guilty” and “guilty” pleas are pretty straightforward, “no contest” pleas require some explanation.

Nolo contendere or “no contest” 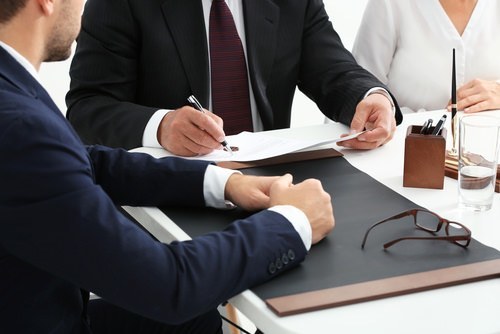 The phrase “nolo contendere” literally means “I do not wish to contest”.  Essentially the same as a guilty plea, a “no contest” plea results in a California criminal conviction.  When you plead “no contest”, you are not technically admitting guilt but are still allowing the court to determine your punishment.

But before you can plead no contest, the judge must

These rights are generally waived in a written form called a Tahl waiver. Once these requirements have been fulfilled, you will proceed to a California sentencing hearing where the judge will impose your sentence.2

The benefit of a “no contest” plea

The primary benefit in California of entering a “no contest” plea instead of a guilty plea is clear in misdemeanor cases.

When you plead “no contest” in a misdemeanor case, that plea cannot be used against you as an admission of guilt if a civil proceeding arises out of the same conduct from which the criminal prosecution was based.3

Example:  While you are driving 85mph on the freeway, you are involved in a two-car accident.   The other driver dies as a result of the collision.  Prosecutors charge you with the California crime of vehicular manslaughter.  Your attorney negotiates a deal where you’ll pay a small fine and avoid any jail time, so you enter a “no contest” plea to the charge.

Meanwhile, the family of the driver who died initiates a wrongful death civil law suit against you.  If you had entered a “guilty” plea to the manslaughter charge, that admission of guilt could be used against you in the civil suit — which would automatically fulfill the burden of establishing your civil liability.

However, because you entered a “no contest” plea, the civil law suit will proceed as if there had been no criminal investigation.

But as Rancho Cucamonga criminal defense attorney Michael Scafiddi4 explains, “This difference is only relevant with respect to misdemeanor or infraction convictions.  In California felony cases, a “no contest” plea has the exact same effect as a guilty plea and can be used as an admission of guilt in any other legal proceedings.”

For questions about the ramifications of a “no contest” plea under California law, or to discuss your case confidentially with one of our California criminal defense attorneys,5 do not hesitate to contact us at Shouse Law Group.

1California Penal Code 1016 PC — Kinds of pleas.  (“There are six kinds of pleas to an indictment or an information, or to a complaint charging a misdemeanor or infraction.3. Nolo contendere, subject to the approval of the court. The court shall ascertain whether the defendant completely understands that a plea of nolo contendere shall be considered the same as a plea of guilty and that, upon a plea of nolo contendere, the court shall find the defendant guilty. The legal effect of such a plea, to a crime punishable as a felony, shall be the same as that of a plea of guilty for all purposes. In cases other than those punishable as felonies, the plea and any admissions required by the court during any inquiry it makes as to the voluntariness of, and factual basis for, the plea may not be used against the defendant as an admission in any civil suit based upon or growing out of the act upon which the criminal prosecution is based.”)

2California Penal Code 1449 PC — Judgment; time for pronouncement; extension of time; bail to appear for judgment; commitment pending determination of sanity; veteran discharged for mental disability, military medical history.  (“In a misdemeanor or infraction case, after a plea, finding, or verdict of guilty, or after a finding or verdict against the defendant on a plea of former conviction or acquittal, or once in jeopardy, the court shall appoint a time for pronouncing judgment which shall be not less than six hours, nor more than five days, after the verdict or plea of guilty, unless the defendant waives the postponement.”)

Preponderance of the Evidence vs. Beyond a Reasonable Doubt

Is Kicking Someone Considered Assault with a Deadly Weapon?

Is devocalization of dogs and cats legal in California?