“Motions to withdraw a plea” in Nevada are when defendants who plead guilty to a crime later ask the court to take it back. Defendants may not withdraw their pleas after they have been sentenced, and judges are reluctant to allow it at all unless there is a good reason.

Below our Las Vegas criminal defense attorneys discuss “motions to withdraw a plea” in Nevada including the time frame for vacating judgments and the process for asking to vacate a conviction. Click on a topic to go directly to that section.

For people who have been convicted at trial, see our article for motions for a new trial. 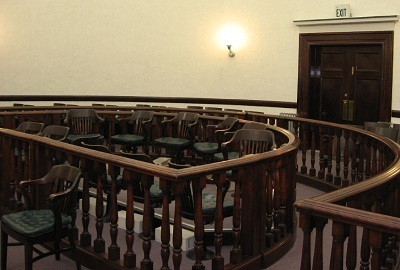 A motion to withdraw a plea — also referred to as a “motion to vacate conviction” or “motion to vacate judgment” — is when a defendant in a criminal case asks the court to ignore his/her plea and resume the case as if the plea never happened. Therefore, defendants having second thoughts about having entered a plea would file a motion to withdraw a plea in an attempt to undo their actions.

If the court grants a motion to withdraw a plea, it is as if the defendant is starting the case over at the arraignment stage (which is the very beginning of the criminal case). If the court denies the motion to vacate judgment, the defendant remains bound to the original plea deal.

Also see our article on how to commute a sentence.

2. What kinds of pleas can be withdrawn?

Defendants may file motions to withdraw pleas of either:

Note that when a defendant pleads “nolo contendere”, the defendant is not admitting guilt but is admitting that there is sufficient evidence to find him/her guilty.1

Otherwise, after sentencing a person may not bring a motion to withdraw a plea. Instead, he/she has one year to file a statutory post-conviction habeas petition.2

4. What are the grounds?

Courts consider the “totality of the circumstances” in determining whether withdrawing a plea would be “fair and just.”3

There are various legitimate grounds for a defendant to ask to withdraw a plea. These include:

Predictably, courts are more likely to grant a motion to withdraw a plea if the defendant has a good reason. Courts look at the entire court record (transcripts and paperwork) to determine whether the reason is valid.

A court may grant a defendant’s motion to withdraw a plea if the court finds that the defendant suffered from “ineffective assistance of counsel.” This is when the defense attorney’s representation fell below an objective standard of reasonableness under prevailing professional norms.

Example: Brett has been charged with drug possession. As part of a plea bargain, Brett pleads guilty to a misdemeanor drug crime. The defense attorney tells Brett that the court may order a fine of up to $1,000, but he forgets to tell Brett that the court can also sentence him to six months in jail, which the judge does. If Brett files a motion to withdraw his plea, the court would probably grant it. Failing to tell Brett all the possible consequences of his plea qualifies as ineffective assistance of counsel.

Note that most communications between a defense attorney and his/her client are confidential. However, a defendant who moves to withdraw a plea based on ineffective assistance of counsel may be forced to waive that privilege. This is because the defense attorney may need to testify in court about the effectiveness of his/her representation. 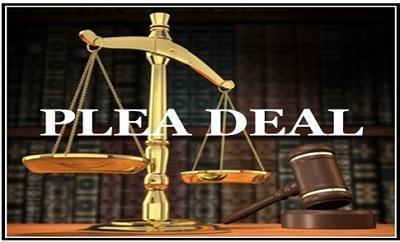 Plea was not made knowingly, voluntarily, and intelligently

Pleading to a crime is valid only when the defendant enters the plea “knowingly, voluntarily, and intelligently.”4 In other words, it must be the defendant’s choice to enter the plea, and he/she must be aware of the consequences of making the plea. A plea is not valid in such circumstances as:

Nevada courts look at a “totality of the circumstances” when determining whether a defendant entered a plea knowingly, intelligently, and voluntarily.6 If court records show that the defendant discussed the plea with his/her lawyer, understood the consequences of the plea, and signed the plea agreement voluntarily, then it is unlikely the court with grant a motion to withdraw the plea.

Note that it is not a valid ground for withdrawing a plea for a defendant to claim that he/she is actually innocent of the charges.

Defendant was not informed that probation may be unavailable

In order for a plea to be valid in Nevada, the defendant needs to have been informed of whether probation is a possibility in his/her case. Courts look at the entire record and consider the totality of the circumstances when deciding whether the defendant knew that his/her offense was nonprobational.7

Example: David enters a plea for burglary. He already has one past burglary conviction. The judge then orders David to Nevada State Prison. David was hoping to get probation, and he files a motion to withdraw the plea. If the court determines that David was never informed and had no way to know that probation is unavailable for a second-time burglary offense, then the court should withdraw the plea.

Guilty pleas are fatally defective if the court record shows that the defendant could not reasonably know that probation may not be available in his/her case.

Ineffective assistance of an interpreter/translator

Non-English speaking defendants are entitled to competent interpreters who correctly translate for them and who do not have a conflict of interest with them.8 If the court can determine that an interpreter caused prejudice to the defendant, then his/her guilty plea may be invalid.

5. What about a “habeas corpus petition”?

A defendant may also file a petition for a writ of habeas corpus if he/she has been wrongfully denied bail before conviction.10 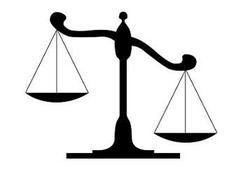 Failed motions to withdraw pleas can be appealed to the Nevada Supreme Court.

6. Will there be a hearing?

Yes. Nevada courts may hold an evidentiary hearing (like a mini-trial) to help determine whether to grant a defendant’s motion to withdraw a plea. At the hearing, both the defense and prosecution may make arguments and present evidence.

7. Can I appeal if the judge refuses to withdraw my plea?

8. May I request to withdraw a plea more than once in the same case?

Yes. But if the defendant’s first motion to vacate a conviction did not identify all the grounds for the plea being invalid, the court is less likely to grant any successive motions to withdraw a plea.

Call for a criminal defense attorney in Nevada.

If you may have wrongfully entered a guilty plea in Nevada, call our Las Vegas criminal defense attorneys to talk about withdrawing the plea. We may be able to get the plea thrown out and reinstate your right to a trial.

In California? See our article on motions to withdraw a plea in California.