People convicted of Nevada crimes can apply to the Pardons Board to get their sentence commuted (reduced). Examples of commutation are:

The following Nevada defendants may be ineligible for commutation:

However, anyone convicted of a crime is encouraged to consult with an attorney to discuss whether commutation is possible and other avenues of post-conviction relief, such as appeals and writs of habeas corpus. 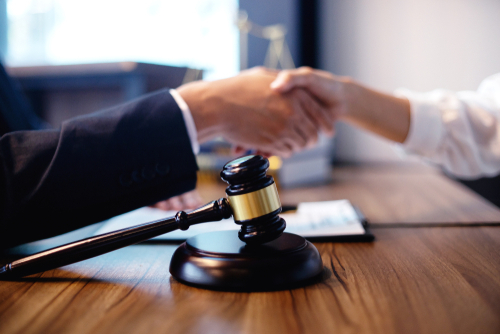 Nevada defendants may be eligible to have their sentences commuted (reduced).

1. Definition of commutation in Nevada

The Board consists of the:

A majority of the board (including the governor) is required to approve a defendant’s commutation request.2

2. How to apply for a commutation of sentence in Nevada

People seeking a sentence reduction must submit an application to the Board. Defendants may obtain applications from a warden at the Nevada Department of Corrections. (The application will probably be similar to this one from 2017.)

The commutation application must include the following information:

The defendant must submit the application to the Board at least 90 days before the Board’s next meeting in order to be considered at the meeting (unless the Governor makes an exception).

The Pardons Board determines whether to grant a commutation.

Anyone in the general public can provide input in support or in opposition of a commutation via fax at 775-687-6736 or mail at:

ATTN: Office of the Executive Secretary

Ultimately, the approval of the governor and at least four (4) Board members are necessary to approve a sentence reduction.6

3. Eligibility for commutation of a sentence in Nevada

A defendant’s eligibility for commutation in Nevada turns on whether the defendant is currently:

Note that sentences for treason may not be commuted.7

Not all prisoners are eligible for commutation.

Scroll down to sections 3.3 and 3.4 for commutation rules for prisoners on death row or sentenced to life without the possibility of parole.

Nevada parolees may be eligible for a sentence reduction if either:

However, the Board will not consider reducing these parolees’ sentences unless:

3.3. Commutation for prisoners sentenced to death

The Board may commute a death sentence down to a sentence that allows parole if either:

Note that the Board does not consider reducing death sentences unless the defendants have exhausted all other legal avenues (such as appeals).10

3.4. Commutation for prisoners sentenced to life without the possibility of parole

People serving a life sentence may be able to get their sentence commuted if they were under 18 at the time.

The Board may commute a Nevada sentence of life without the possibility of parole down to a sentence that allows parole if either:

People serving a criminal sentence that is longer than what current law requires are encouraged to apply for commutation. However, the Board does not commute sentences solely on the basis of updated laws. Instead, the Board will consider the entire case on the merits.12

5. Cost of applying for a commutation in Nevada

There is no fee to apply for a commutation of sentence in Nevada.13

6. Notice to victims of crimes when sentences are commuted

If the Board commutes a person’s sentence, the Board will notify the crime’s victims by mail as long as they provide a written request and current mailing address.14

7. Odds of getting a commutation

Whether the board will commute a person’s sentence depends entirely on the case. Defendants seeking a sentence reduction should consult with an experienced lawyer who knows how to compose persuasive applications.

8. Commutation versus pardons in Nevada

Commutation is different from pardons. A commutation reduces people’s remaining criminal sentence. In contrast, a pardon “forgives” people of their past crime(s) long after they finished serving the sentence.

Depending on the case, pardons can also restore a person’s gun rights. Commutation does not restore gun rights.15 Learn more about applying for a pardon.

Have you been convicted of a crime in Nevada? It may be possible to get your sentence reduced to a lesser penalty. Contact our Las Vegas criminal defense attorneys for a consultation to discuss your matter and how we can help.