Cyclists are not breaking Nevada DUI laws by biking under the influence of drugs or alcohol. The state’s drunk driving rules apply only to vehicles and motorcycles, not to bicycles or electric bicycles.1 However, inebriated bicyclists are still vulnerable to criminal charges…

Nevada DUI laws do not apply to bikes or electric bikes.

Drunk or high bikers can be prosecuted for the Nevada crime of reckless endangerment.2 Depending on whether any victims sustained substantial bodily harm in Nevada, penalties range from:

In this article, our Las Vegas criminal defense attorneys explain reckless endangerment laws in relation to cycling under the influence (CUI) in Nevada. Keep reading to learn the law, potential defenses, and possible penalties.

The Nevada offense of “reckless endangerment” is when someone “neglects any duty imposed by law in willful or wanton disregard of the safety of persons or property.”3 Therefore, reckless endangerment is an extremely broad crime that comprises any purposeful and dangerous act.

Example: Jerome rides his Trek to Treasures, where he gets drunk. On the way home, a cop observes him swerving in and out of the bike lane. The cop pulls him over and books him at the Clark County Detention Center for reckless endangerment for riding his bike under the influence of alcohol. 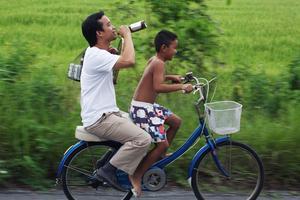 Drunk biking can be charged as “reckless endangerment” in Nevada.

In the above example, note that Jerome can be convicted of reckless endangerment even though no one got hurt and no property was destroyed. Merely the willful act of biking while drunk is a crime because of the increased risk of injuries and damage.

Also note that it does not matter if Jerome thought he was being safer by biking rather than driving. His choice to mount a bike while drunk still posed considerable danger to the people and property around him.

Defenses to “Cycling Under the Influence” in Nevada

The best ways to fight reckless endangerment charges in Nevada CUI cases depend on the specific facts. One common defense strategy is that the biker was not acting “in willful and wanton disregard of the safety of persons or property.”4 Boulder City criminal defense attorney Neil Shouse gives an example:

Example: Sally rides her bike to a bar at Green Valley Ranch, where she orders one beer. Later a cop sees Sally leaving the bar and beginning to bike home. Assuming Sally is drunk, the cop stops her and books her at Henderson Detention Center for reckless endangerment.

In the above example, Sally did nothing that posed a safety hazard. The cop wrongly presumed Sally was going to cause problems on the roadway simply because he saw her leave a bar. Meanwhile, the cop did not realize she had only one drink, and he did not care that she was otherwise riding the bike safely. If Sally’s defense attorney can show the D.A. that she was not acting in “willful and wanton” disregard of anyone else’s safety, the charge should be dismissed.

Penalties for “Cycling Under the Influence” in Nevada

If biking while intoxicated did not cause anyone else to die or sustain substantial bodily harm in Nevada, reckless endangerment is prosecuted as a gross misdemeanor in Nevada. The sentence includes:

But if bicycling drunk or high did result in a victim’s death or severe injuries, then reckless endangerment is charged as a category C felony in Nevada.5 The sentence carries: 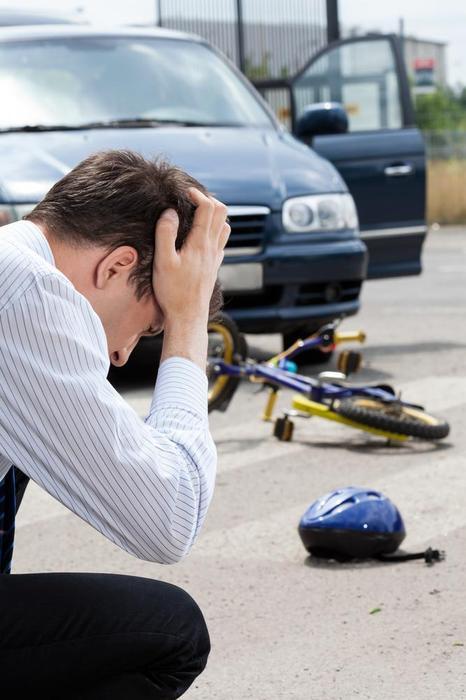 CUI causing injury or death is a category C felony in Nevada.

Other penalties for bicycling while intoxicated in Nevada

Motorists charged with DUI commonly face additional charges for various traffic violations such as failure to yield or going over a median. Similarly, bicyclists charged with reckless endangerment in Nevada may face related charges such as:

Most biking violations such as these are charged as misdemeanors in Nevada.9 The penalties include:

Learn about other states’ CUI laws at Bikeleague.org.

Busted for riding a bike drunk in Nevada? Call us…

If you were arrested for cycling drunk in Nevada, call our Las Vegas criminal defense attorneys for a free consultation. We may be able to get your charges reduced or dismissed without a trial.

1NRS 484B.763 Application of traffic laws to person riding bicycle or electric bicycle.

Every person riding a bicycle or an electric bicycle upon a roadway has all of the rights and is subject to all of the duties applicable to the driver of a vehicle except as otherwise provided in NRS 484B.767 to 484B.783, inclusive, and except as to those provisions of chapters 484A to 484E, inclusive, of NRS which by their nature can have no application.

2NRS 202.595 Performance of act or neglect of duty in willful or wanton disregard of safety of persons or property; penalty.

Unless a greater penalty is otherwise provided by statute and except under the circumstances described in NRS 484B.653, a person who performs any act or neglects any duty imposed by law in willful or wanton disregard of the safety of persons or property shall be punished:

1. If the act or neglect does not result in substantial bodily harm or death of a person, for a gross misdemeanor.

2. If the act or neglect results in the substantial bodily harm or death of a person, for a category C felony as provided in NRS 193.130.