NRS 453.332 makes it a crime in Nevada to manufacture, sell, distribute, advertise, or possess imitation or “fake” drugs. A first offense is generally a gross misdemeanor punishable by up to 364 days in jail and a fine of up to $2,000.

Typical purchasers of imitation drugs are unsuspecting tourists who may not be very familiar with drugs and are in a rush to buy them. Plus drug dealers have an incentive to sell fake drugs because it carries lesser penalties than selling real drugs.

1. What are imitation drugs in Nevada?

Nevada courts consider several factors when determining whether a substance in a case qualifies as an imitation drug. Three of these variables include: 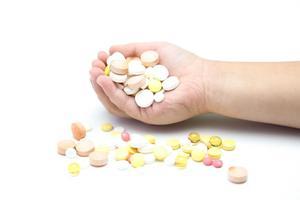 Many drugs bought and sold in Nevada are not actual drugs at all. They are fakes that drug dealers claim are the real thing.

Example: Tom goes to Las Vegas for a bachelor party weekend. He flags down a drug seller loitering in front of The Palms. The seller sees that Tom knows nothing about drugs and thinks he can chump him, so the seller gives him a baggie of sugar pills instead of X. An undercover cop witnesses the transaction and arrests Tom for possessing imitation drugs and the seller for selling imitation drugs.

In the above example, it makes no difference that the substance involved is harmless sugar pills. The seller sold them as ecstasy, so he is liable for selling imitation drugs.

Since Tom believed he was buying ecstasy, he is liable for possessing imitation drugs. Therefore, the defendant’s state of mind is the most important element in Nevada imitation drug cases.

The punishment for unlawful uses of imitation controlled substances in Nevada depends on three factors:

Meanwhile, a third-time or successive conviction of using or possessing for personal use imitation controlled substances is a category C felony. The punishment includes:

Nevada penalties get harsher with each successive conviction of advertising or soliciting imitation controlled substances. First- and second-time convictions are prosecuted as gross misdemeanors. The penalties include:

Meanwhile, a third-time or successive conviction of advertising or soliciting imitation controlled substances is a category C felony. The punishment includes:

Note that you should not be convicted of advertising or soliciting imitation drugs unless you had “reasonable knowledge” that the advertisement was meant to promote the distribution of an imitation drug.4

Though this offense will instead be prosecuted as a category C felony if you were 18 or older and if the person buying the imitation drugs was under 18. The penalty includes:

Note that it does not matter if you were unaware the person you were selling the imitation drugs to was underage. You still face felony charges even if you truly believed the person was an adult.

Also note that Nevada levies harsher penalties for selling or possessing for sale actual drugs than for imitation drugs. Learn more in our articles on possessing drugs with the intent to sell and selling drugs.

However, this offense will instead be charged as a category C felony if you were 18 or older and if the person receiving the imitation drugs was under 18. The penalty includes:

Note that it makes no difference if you were ignorant that the person you were giving the imitation drugs to was under 18. You would still be charged with a felony even if you genuinely thought that person was 18 or older.3

Also note that manufacturing or distributing bona fide drugs carries harsher penalties in Nevada than that for imitation drugs. Learn more in our article on unauthorized drug acts.

The defenses to Nevada charges involving imitation drugs are similar to those for fighting regular drug charges. The three most common defense strategies include:

Since Jane is home, they arrest her and book her at the Clark County Detention Center. Though as long as the prosecutor cannot prove beyond a reasonable doubt that Jane knew about the fake cocaine, she should not be convicted of possessing imitation drugs.

A rarely-used defense to Nevada imitation drug charges applies only when you are a scientist or medical practitioner: You may be allowed to use imitation drugs as a placebo in the course of your professional practice or research.4

If you have been arrested for “imitation drugs” in Nevada, call our Las Vegas criminal defense attorneys for a consultation. Our Nevada drug lawyers may be able to convince the D.A. to lessen or even drop the charges without a trial.