Loitering in Las Vegas – 3 situations where it is a crime

NRS 207.270 is the Nevada law that makes it a misdemeanor to loiter near schools or any public locale populated by children, such as parks. The penalty is up to 6 months in jail and/or up to $1,000 in fines. The most common defense is that the defendant had a legitimate reason to be at the location.

Nevada state law forbids people from loitering near schools or public places where children typically gather, such as parks, pools, or playgrounds. Only people with a legitimate reason to be in these areas are allowed. Examples include teachers supervising children, babysitters waiting to pick up children following an activity, or other people with lawful authority such as lifeguards.1

The purpose of this public safety law is to ward off pedophiles and anyone else who poses threats to children under 18 years of age. The downside is that innocent bystanders who are unaware they are near a school or similar location – or who are unaware that loitering is illegal – can face arrest for this criminal offense even though they mean no harm.2

In practice, Nevada police typically make arrests under this law only when they suspect the loiterer could be a pedophile, habitual criminal or felon, or a person with mental illness that may make unlawful contact with a child. Otherwise, peace officers will give the loiterer a warning and advise them to move. 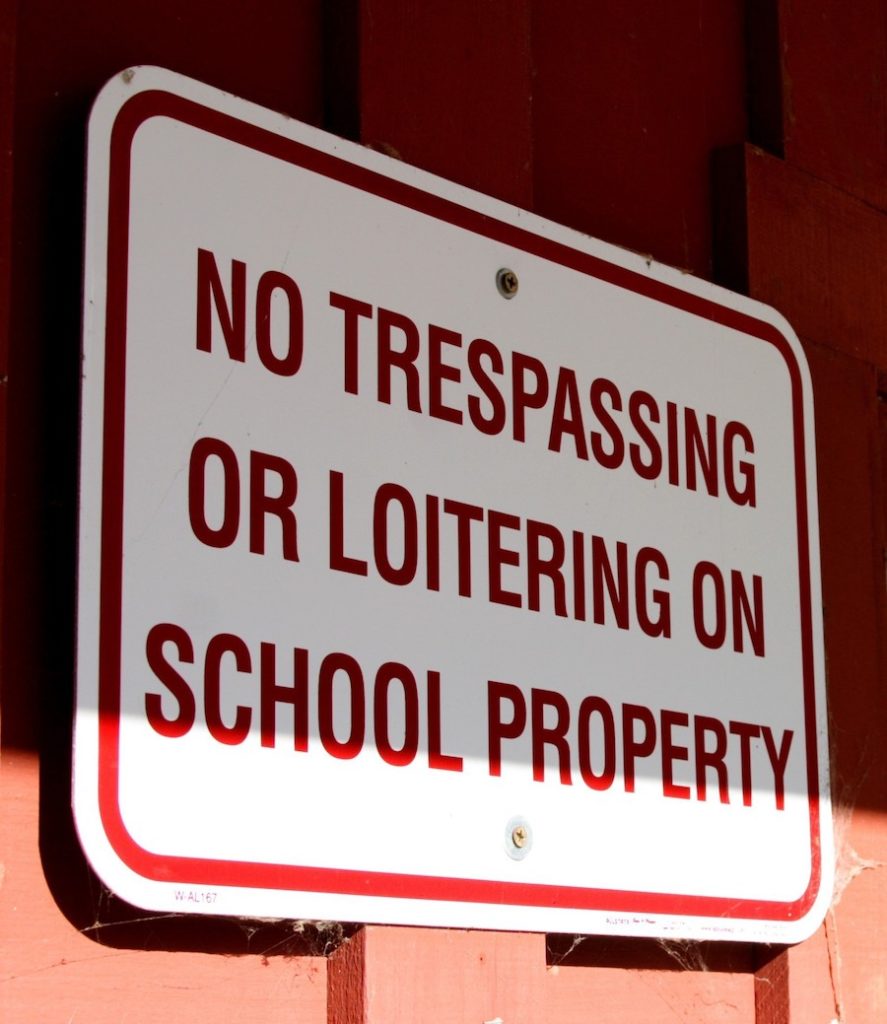 It is a Nevada misdemeanor under NRS 207.270 to loiter at schools or where kids gather.

2. What are the penalties in Nevada?

Loitering near a school or other public place where children congregate is punished as a misdemeanor in Nevada, carrying:

A first offense carries the same sentencing range as subsequent offenses. And it does not matter if the loiterer was alone or was with a group of persons.

Note that getting arrested for this crime is much more serious for sex offenders listed on the Nevada Sex Registry. Their probation may be revoked, and they face lengthy terms in Nevada State Prison.

3. Can the charges be fought?

Three possible defenses to Nevada charges or loitering near a school or other place where children gather are:

Note that it is not a defense that the defendant had no controlled substances or deadly weapon or had no history of unlawful acts.

People convicted of loitering in Nevada can petition for a record seal one year after the case closes. And there is no wait if the case gets dismissed.4

Loitering carries a social stigma and looks bad on background checks. Therefore, everyone is encouraged to consult an attorney about sealing Nevada criminal records.

Call our DUI and criminal law firm for legal advice. We offer consultations in the state of Nevada.

Arrested in California? See our article on Penal Code 653b PC.