Is it legal to record a conversation in Nevada? Three things to know:

NRS 200.620 is the Nevada law which makes it illegal to wiretap without permission from all the parties to the phone call.  Even law enforcement cannot wiretap phones unless they get a court order. The statute states:

(a) The interception or attempted interception is made with the prior consent of one of the parties to the communication; and

Penalties for wiretapping under NRS 200.620 include fines as well as prison. But our skilled Las Vegas criminal defense attorneys may be able to negotiate or litigate a favorable resolution and even a full dismissal of the charges.

This page summarizes the Nevada crime of wiretapping including its definition, possible defenses, and standard penalties.  Keep reading to learn more. 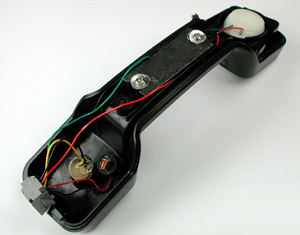 NRS 200.620 prohibits wiretapping phone calls without permission from every party to the call

Definition of wiretapping in Nevada under NRS 200.620

The legal definition of “wiretapping” in Las Vegas, Nevada, is the intercepting, recording, or disclosing of contents of any wire communication such as a phone call, including cell calls and text messages. (Sharpe v. State, 131 Nev. Adv. Op. 32 (2015))  It’s illegal to willfully and knowingly wiretap, but there are some exceptions.  The most common one is if every party to the call gives their prior consent to the wiretapping.

It is also legal for the police to wiretap phones to aid in certain criminal investigations. But this is an unpopular practice because it’s widely considered an invasion of privacy.  Therefore the police are required to follow strict procedural rules such as obtaining a court order before conducting the wiretap (unless there’s an emergency situation making it impractical to do so).

There are other circumstances under which wiretapping may be done legally in Nevada under NRS 200.620.  For example emergency calls such as to 911 are always recorded.  And public utilities such as telecommunications companies may record phone calls as long as they inform the other party first.

It’s also legal to wiretap a jail or prison inmate’s phone conversations as long as there are signs near the telephones indicating that the calls are recorded.  Note that an inmate’s conversations with his/her attorney remain confidential.

Wiretapping is also a federal offense under 18 U.S.C § 2510.  However the federal law is less strict than NRS 200.620.  Under federal law, a party to a phone call may wiretap it without anyone else’s permission.  However, if the person is not a party to the phone call, then he/she would need to get either a search warrant or every party’s permission in order to wiretap the call legally.

There are several different strategies to fight allegations of illegal wiretapping in Las Vegas.  Which ones would prove most effective always depends on the facts and specific circumstances of the case.  But three of the most common defenses to NRS 200.620 allegations are:

Penalties for wiretapping in Nevada under NRS 200.620

In addition, the defendant is civilly liable to anyone he/she wiretapped without permission.  A Las Vegas Court would order the following sentence:

The punishment for violating federal wiretap law includes up to five years in prison and $250,000 in fines.  The defendant may also face civil penalties such as punitive damages and attorney’s fees for the opposing party.

If you’ve been accused of the Nevada offense of wiretapping under NRS 200.620, then phone our Las Vegas criminal defense attorneys for a free meeting on how they may be able to get your charges reduced or thrown out altogether.  And if necessary they’re ready to take your case to trial and fight for your innocence.

What are the FCRA requirements in Nevada?

The Fair Credit Reporting Act (FCRA) under 15 U.S.C. § 1681 provides rules that employers throughout the U.S. must abide by when requesting background information (including credit reports and criminal records) on prospective employees. And as of 2015, Nevada background checks may now include conviction information that is more than seven (7) years old. (NRS 598C.150; ...

What is Considered Child Abuse in Nevada?

Child abuse is considered a serious criminal offense in every state in the country.  However, each state’s criminal penal code defines the offense differently. In Nevada, the crime of child abuse is governed by Nevada Statute 200.508 which describes child abuse as: willfully causing a child younger than 18 years of age to suffer unjustifiable physical ...

Will a DUI Show Up on a Background Check?

A DUI conviction will show up on a criminal background check unless it has been expunged or sealed. This means that employers, landlords, and others may learn about it. The most common type of background check is based on a person’s social security number. This is the type used by most employers and landlords. In theory, ...