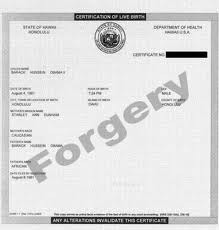 Offering false evidence is a category D felony in Nevada.

Deliberately destroying or tampering with evidence can be a very serious crime in Nevada.  A judge may impose thousands of dollars in fines and even prison.  However a skilled Las Vegas criminal defense attorney might be able to get the case dismissed or reduced to a lesser offense without having to go to trial.

This article summarizes the Nevada crime of offering false evidence.  Scroll down to read more about the law, typical defenses, and possible penalties in Las Vegas.

The legal definition of "offering false evidence" in Las Vegas, Nevada, is when a person knowingly presents a forged or fraudulently altered document as part of an investigation.  The document may be any type of written instrument such as books, papers or records.  And the setting can be any proceeding authorized by law such as a trial, hearing or inquiry.

Note that it doesn't matter whether the defendant was the one who physically forged the document . . . the Nevada crime of forgery is a separate and distinct crime from NRS 199.210.  Also note that offering false evidence is different from the Nevada crime of perjury (lying under oath).  However, forgery and perjury often carry similar penalties as offering false evidence.

Finally, it's immaterial whether the false evidence actually hinders or changes the course of the investigation . . . merely trying to undermine the proceeding by offering false evidence is illegal in Las Vegas.

Three of the most common defenses to a charge of offering false evidence in Las Vegas are:

The law treats the Las Vegas offense of destroying or tampering evidence as category D felony in Nevada, carrying:

If the defendant gets convicted, then he/she would need to wait for five (5) more years before petitioning the Las Vegas Courthouse to seal the criminal record.  However if the defense attorney succeeds in getting the charge reduced to a misdemeanor in Nevada, the defendant would have to wait only one (1) year.  Read more about sealing Nevada criminal records.

If you've been charged with offering falsified evidence under NRS 199.210, Las Vegas criminal defense attorneys at 702-DEFENSE (702-333-3673) can consult with you free of charge about your options.  Perhaps they can negotiate a reduction to a lesser offense or even a full dismissal.  And there's always the possibility of taking the matter to a jury and fighting for a "not guilty" result.