Recreational use of marijuana is now legal in Nevada for adults 21 years of age or older. But driving under the influence (DUI) of marijuana is still a crime and treated much the same as DUI of alcohol. The penalties for a first offense conviction of DUI of marijuana include:

Nevada DUI laws define a person as under the influence of marijuana if:

Nevertheless, DUI of marijuana charges can be difficult for the prosecutor to prove. A criminal defense attorney may be able to get the charges reduced to reckless driving or dismissed completely. Otherwise, a DUI conviction will remain on the person's record for at least seven (7) years before it may be sealed.

In this article, our Las Vegas DUI defense lawyers answer the following frequently-asked-questions:

Also see our general article on driving under the influence of drugs (DUID). 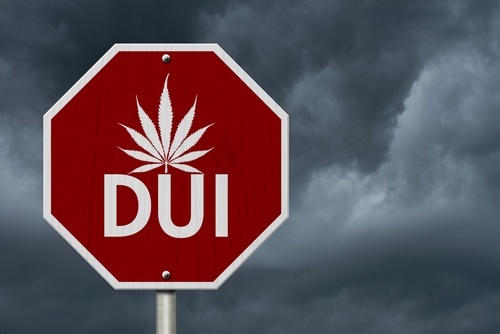 DUI with marijuana carries the same penalties as DUI with alcohol in Nevada.

Yes. The legal definition of "DUI with marijuana" in Nevada makes it a crime to drive while:

Consequently, a driver does not necessarily have to be "high" or intoxicated to be liable under this section. As long as the driver's blood contains the minimum prohibited amount while the driver is operating a vehicle, the law deems it "illegal per se" even if the driver is driving safely.1

Even though Nevada marijuana laws allow adults 21 or older to possess (1) ounce of marijuana in private, note that smoking marijuana in public is still illegal. Smoking pot in public carries a $600 fine.2

2. How do marijuana DUI arrests happen in Nevada?

Police who observe erratic driving will initiate a traffic stop. After the driver pulls over, the officer will ask the driver questions, observe his/her behavior and probably ask him/her to take a preliminary breath test (PBT).3

If the driver passes the PBT, the cop may suspect that the driver has ingested drugs rather than alcohol if:

An officer with specialized drug recognition evaluation training (DRE) may also join the investigation. The DRE may try to determine the driver's blood pressure, pulse and if he/she has dry mouth. If the cop believes there is probable cause that the driver committed DUI with marijuana, the cop will arrest him/her and take him to the station for a blood test.4

Note that if the cop finds more than one (1) ounce of pot on the driver's person or in his/her car, the driver may also face charges for marijuana possession.5

3. Do I have a choice between taking a breath or blood test after a marijuana DUI arrest in Nevada? 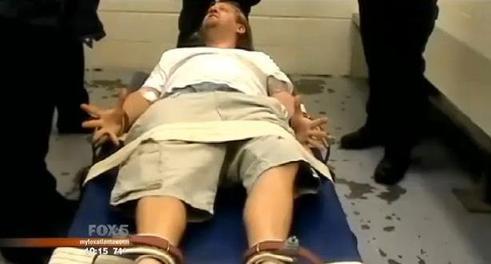 DUID arrestees may not take a breath test in Nevada.

If the driver refuses to take a blood test, the police must get a warrant to use "reasonable force" to administer the blood test.7 The cop can order up to three (3) samples taken within a five (5) hour time span following the initial arrest.

The chemical tests in Nevada Marijuana DUI cases measure the amount of THC (delta-9-tetrahydrocannabinol) in the person's blood. The amount of marijuana in the driver's system depends on the driver's personal tolerance to pot, how concentrated the THC was, and how much the driver may have ingested, consumed or smoked.8

4. Will my driver's license be suspended after a marijuana DUI arrest in Nevada?

At least not right away.

Whenever a DUI arrestee takes a blood test in Nevada, he/she gets to keep his/her driver's license until the results come back from the lab and show positive for drugs. At this point the Nevada DMV notifies the driver by mail that his/her license is being suspended. The driver may then request a Nevada DMV hearing to contest the suspension.9

The length of the license suspension depends on whether the driver has previous DUIs:

The driver may be able to get a restricted license halfway through the suspension time in order to drive to and from work or school.11

5. How do I fight marijuana DUI charges in Nevada?

A surprisingly large number of Las Vegas DUI marijuana cases get thrown out or reduced to lesser charges like reckless driving or simple possession. The following are just some defenses an attorney may explore in defending a dope driving case in Nevada.

Note that having a valid medical marijuana card is not a defense to DUI with marijuana.14

6. Can I go to jail for marijuana DUI in Nevada?

A first-time DUI is usually a misdemeanor in Nevada.

Possibly, but not usually for a first offense. Punishments get harsher with each successive DUI conviction or if the incident resulted in injury or death.

The standard sentence for a Nevada DUI with marijuana conviction is virtually identical to the penalties for drunk driving:

A first-time marijuana DUI incident within the last seven (7) years is prosecuted as a misdemeanor as long as no death or serious injury resulted. The punishment includes:

Note that penalties can be doubled if the alleged DUI occurred in a work zone.

A second-time marijuana DUI incident within the last seven (7) years is prosecuted as a misdemeanor as long as no death or serious injury resulted. The punishment includes:

Note that penalties can be doubled if the alleged DUI occurred in a work zone.

A third-time marijuana DUI incident within the last seven (7) years is prosecuted as a category B felony as long as no death or serious injury resulted. The punishment includes:

A marijuana DUI incident that causes death or serious injury is a category B felony. The sentence includes:

If the incident was fatal and the driver already has three (3) or more DUI convictions, the prosecutor will instead charge the driver with vehicular homicide. It is a category A felony carrying twenty-five (25) years or a life sentence with the possibility of parole after ten (10) years.17

7. Can I get a marijuana DUI case sealed in Nevada?

8. Can I get deported for a marijuana DUI conviction in Nevada?

A misdemeanor DUI is usually not a deportable offense. Felony DUIs may be deportable, but it is a gray area. And any alien who is convicted of possessing more than thirty (30) grams of marijuana faces removal.20

Non-U.S. citizens who get charged with any criminal offense are advised to retain legal counsel as quickly as possible. If the attorney can get the charges dismissed or reduced to a non-deportable offense, the alien may be able to avoid immigration court. Learn more about DUI and deportation in Nevada as well as the criminal defense of immigrants in Nevada.

If you have been arrested and charged with driving under the influence of marijuana in Nevada, do not hesitate to call our Las Vegas criminal defense attorneys at 702-DEFENSE (702-333-3673) for a free phone meeting. We have had decades of success in achieving favorable resolutions in every kind of DUI case. And for non-citizens, we proceed extra carefully in an effort to ensure that the criminal case will not also threaten your resident status.