What ammunition is legal in Nevada? (see comments for correction at 1:35)

Top Las Vegas criminal defense attorney discusses Nevada ammunition laws. More info at https://www.shouselaw.com/nevada/weapon-registration.html or call Las Vegas Defense Group for a FREE consultation at 702-DEFENSE (702-333-3673). WHAT KIND OF AMMO IN LEGAL IN NEVADA? Nevada permits the sale of nearly all kinds of ammunition, including hollow points, tracers, frangible projectiles designed for target shooting, and .50 cal. However, you are prohibited under both federal and Nevada law from purchasing or possessing armor-piercing ammunition. Federal law defines armor-piercing ammo as: • a projectile or projectile core which may be used in a handgun and which is constructed entirely from one or a combination of tungsten alloys, steel, iron, brass, bronze, beryllium copper, or depleted uranium; or • a full jacketed projectile larger than .22 caliber designed and intended for use in a handgun and whose jacket has a weight of more than 25 percent of the total weight of the projectile. The penalty for making or selling armor piercing bullets in Nevada includes up to 364 days in jail and/or a $2,000 fine. And carrying armor piercing bullets while carrying out a violent crime or drug trafficking carries 15 years to life in federal prison. LAS VEGAS DEFENSE GROUP, L.L.C. Our criminal defense and personal injury attorneys at Las Vegas Defense Group, L.L.C., represent clients all throughout Nevada including Las Vegas, Henderson, Washoe County, Reno, Carson City, Laughlin, Mesquite, Bunkerville, Moapa, Nye County, Elko, Pahrump, Searchlight, Moapa Valley, Goodsprings, Boulder City, North Las Vegas, Beatty, and Tonopah. Our offices are located in Las Vegas and Reno: 2970 W. Sahara Ave. Las Vegas, NV 89102 702-DEFENSE (702-333-3673) fax: 702-974-0524 200 S. Virginia St. 8th floor Reno, NV 89501 775-348-9685 Learn more at https://www.shouselaw.com/nevada. Or call 702-DEFENSE (702) 333-3673.

People do not need a permit or background check to purchase ammunition in Nevada. But federal and state law largely prohibits armor-piercing (a.k.a. metal-penetrating) bullets.

In this article, our Las Vegas firearms attorneys answer frequently-asked-questions about ammunition laws in Nevada. Click on a topic to jump to that section: 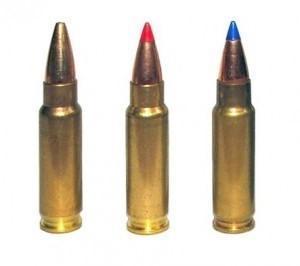 1. What ammunition is legal in Las Vegas, Nevada?

All firearm ammunition is legal in Nevada with one exception. Nevada prohibits making or selling metal-penetrating bullets.1

In general, any ammunition made by Winchester, Remington, Federal Premium, Hornaday, Nosler, CCI, and Speer Ammunition are lawful.

Note there is no limit to the amount of ammunition a person can buy in Nevada.

2. Do I need a background check to buy ammunition in Nevada?

3. Is there a minimum age limit for buying ammunition? 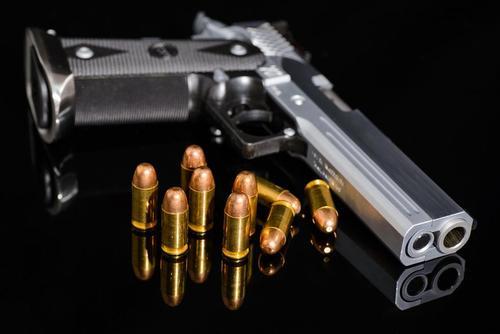 4. Is anyone prohibited from buying ammunition?

People may not sell or give ammunition to a person if they know this person either:

5. What are the penalties for making or selling armor-piercing ammunition?

Making or selling metal-penetrating bullets is a gross misdemeanor in Nevada, carrying up to $2,000 in fines and/or up to 364 days in jail.5

And people who possess armor-piercing bullets while carrying out drug trafficking or a violent crime face stiff penalties under federal law: 15 years to life in federal prison.6

6. How do I fight the charges?

Defenses are very fact-specific to the case. The prosecution has the burden to prove guilt beyond a reasonable doubt, so the defense attorney would try to show that the government has insufficient evidence to sustain a conviction. Nevada does not mandate ammunition sellers to maintain a record of their purchases. So depending on the case, there may be no paper trail tying an ammo seller to an alleged purchaser of armor-piercing bullets.

7. When can I get a record seal for a conviction?

Possibly, if the crime the non-citizen is accused of is an aggravated felony or other deportable offense. Learn about the criminal defense of immigrants in Nevada.

If you have been charged with a firearm or ammunition-related offense in Nevada, call our Las Vegas criminal defense attorneys at 702-DEFENSE (702-333-3673) for a FREE consultation. We may be able to get the charge reduced or dismissed.

Also see our article on carrying concealed firearms in Nevada.