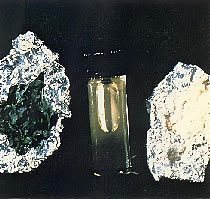 Phencyclidine, more commonly referred to as "PCP", "angel dust", "lovely", "wack", "zoom" "shermans", "rocket fuel", "supergrass" (when combined with marijuana), and "beam me up" (when combined with crack cocaine), is an illegal controlled substance.  A "controlled substance" is a narcotic whose use, possession and manufacture are all regulated by the government under the United States "Controlled Substances Act".

This act classifies PCP as a Schedule II drug.1 When a controlled substance such as PCP is listed as a "Schedule II" drug, it means that

Because PCP has very few legitimate uses.and is rarely if ever prescribed.it is almost always illegal.  As a result, there are a number of California laws that regulate its possession, use and sale.  In this article, our California drug crimes defense attorneys3 provide an overview of these laws by addressing the following:

Originally developed in the 1950s as an intravenous anesthetic, PCP was never approved for human use because of its reported serious adverse psychological side effects (patients became agitated, delusional and irrational while recovering from the drug's anesthetic effects).4 Its current medical uses are limited to veterinary (that is, animal) anesthetics and tranquilizers.5

PCP was first introduced as a street drug in the 1960s.  When manufactured or sold illegally, PCP typically comes in tablets, capsules, "crystals", powder, or liquid and is orally injected, smoked or snorted.  Tablets are often mixed with Ecstasy (also commonly referred to as "X").6

PCP was first introduced as a street drug in the 1960s

Depending on (1) its dose, and (2) the manner in which it is ingested, PCP can act as

PCP's effects can be felt within anywhere from a couple minutes to an hour, depending on how it is used, and can last anywhere from 11 to 51 hours.  And because PCP is primarily manufactured illegally, a user really has no way of knowing the exact dose he/she is consuming. This makes PCP an extremely dangerous drug.8

Positive (yet, nevertheless, potentially dangerous) reported side effects include feelings of power, strength and invulnerability.  Negative side effects -- which, perhaps are responsible for the decrease in PCP's use -- include

Because PCP has no legitimate human medical purposes within California, its possession, use and sales are strictly regulated.  Engaging in any of these activities subjects you to prosecution under a number of different laws.

The following are some of the most common California drug crimes that regulate PCP.

You violate Health & Safety Code 11377 HS California's law against personally possessing a controlled substance when you possess PCP without a valid prescription.  This means that if you hold a valid prescription for PCP -- written by a veterinarian and used only in the manner in which it was prescribed -- you do not violate this law.

If however, you do not have a valid prescription.or are abusing that prescription by personally consuming this narcotic. You violate this law simply by possessing PCP.10

This law also prohibits possessing a number of other controlled substances as well.  Some of these include (but are not limited to):

Personally possessing PCP in California is a misdemeanor for most defendants. If convicted, you face up to one year in county jail and a maximum $1,000 fine.12

(The exception is if you have a prior conviction either for certain serious violent felonies, such as murder, sexually violent offenses, sex crimes against a child under 14, and gross vehicular manslaughter while intoxicated, or for a crime that requires you to register as a sex offender. In that case, PCP possession will be charged as a felony carrying up to three (3) years in prison and a maximum $10,000 fine.)

If you successfully complete drug diversion, your PCP charge(s) will be dismissed at the end of the program.

Health and Safety Code 11378.5 HS California's "possession or purchase of PCP for sale" law is a more serious violation than HS 11377 above.  This crime not only involves possessing PCP, but also involves possessing or purchasing the drug with the intent to sell it to another person/organization.15

A conviction for possessing or purchasing PCP for sale subjects you to a felony punishable by three, four or five years in prison and a maximum $10,000 fine.16 However, if the weight of the PCP that you are convicted of possessing exceeds one kilogram (or 30 liters by liquid volume), you face an additional three to fifteen years in prison17.

And if you violate California's law against possessing or purchasing PCP for sale, and the illegal activity took place upon the grounds of -- or within 1,000 feet of -- a

you face an additional one year in the state prison regardless of the amount of the PCP.18

But if your California criminal defense lawyer can convince the judge/jury that you only possessed the PCP for personal use, or can negotiate a plea bargain to the lesser charge of HS 11377, you may be entitled to escape incarceration by participating in drug diversion.  If, however, you are convicted of possessing or purchasing PCP for sale, diversion is not available.

It's also important to realize that you can be convicted of a crime for possessing the materials required to manufacture PCP, so long as you intend to use those materials to manufacture the drug. Under Health & Safety Code 11383 HS, this crime is a serious felony, with a potential jail sentence of two (2), four (4) or six (6) years. 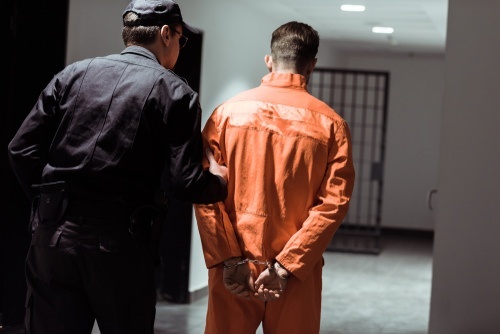 California Health and Safety Code 11379.5 HS prohibits transporting (for sale) or selling PCP.  If you transport for sale or sell PCP -- or engage in any of the other acts prohibited under this code -- you face a felony, punishable by three, four or five years in prison and the same fine.19 If, however, you are convicted of transporting PCP for sale across more than two counties, your prison sentence increases to three, six, or nine years.20

The same additional prison terms for having over one kilogram or 30 liters of PCP.mentioned under HS 11378 above.apply to this offense as well.21

the judge can use such facts to punish you to the fullest extent allowed by law.  This means that when three prison terms are available.such as a two, three, or four-year sentence.the judge will likely sentence you to the highest term.22

∗Finally, if you are a legal immigrant or legal alien, a conviction for any of these California PCP-related crimes could additionally lead to deportation.23 For more information about how California drug offenses affect aliens, please review our article on California Crimes that Lead to Deportation.

California's law against being under the influence of PCP is a misdemeanor subjecting you to up to one year in county jail.  However, eligible defendants may be entitled to participate in drug diversion in lieu of incarceration.26

2.5. Driving under the influence of PCP 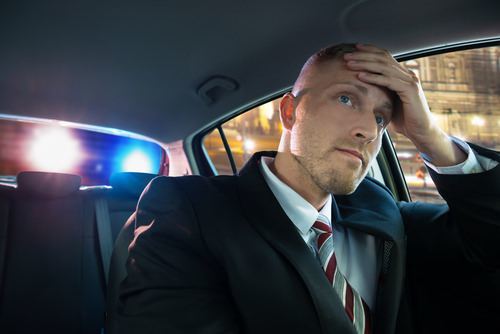 You drive "under the influence" of PCP when the PCP has "so far affected the nervous system, the brain, or muscles as to impair to an appreciable degree the ability to operate a vehicle in a manner like that of an ordinarily prudent and cautious person in full possession of his faculties."27

Most convictions for this offense are misdemeanors, subjecting you to fines and potential jail time.  Drug diversion is not applicable to a California conviction for driving under the influence of PCP.

The exact charge(s) that you face will determine which legal defenses your California drug crimes defense lawyer will present on your behalf.  That said, there are a handful of common defenses that typically arise in connection with PCP -- and for that matter.many other California drug-related offenses.

Some of the most common defenses to California PCP-related offenses include (but are not limited to):

If you or loved one is charged with possession of PCP and you are looking to hire an attorney for representation, we invite you to contact us at Shouse Law Group. We can provide a free consultation in office or by phone. We have local offices in Los Angeles, the San Fernando Valley, Pasadena, Long Beach, Orange County, Ventura, San Bernardino, Rancho Cucamonga, Riverside, San Diego, Sacramento, Oakland, San Francisco, San Jose and throughout California.

Additionally, our Las Vegas Nevada criminal defense attorneys are available to answer any questions about Nevada's PCP drug laws.  For more information, we invite you to contact our local attorneys at one of our Nevada law offices, located in Reno and Las Vegas.29