California “drug courts” offer nonviolent drug offenders the opportunity to resolve their cases outside of the traditional criminal justice system.  Drug courts take a special exclusive interest in those who may benefit from drug rehabilitation.  And…as an incentive for participants to do well…successful completion of one’s drug treatment program typically results in a dismissal of his/her criminal charge(s).

As California drug crimes defense attorneys,1 we know the most effective ways to keep you out of jail by

In this article, our California criminal defense attorneys provide an overview of California’s drug court system by addressing the following: 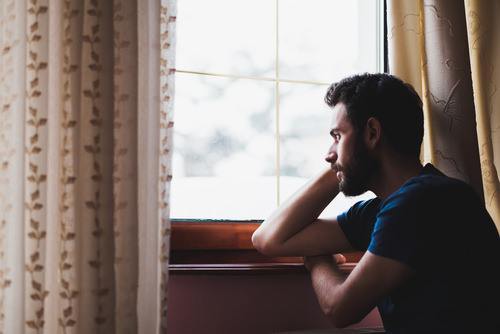 1. An Overview of California Drug Courts

As former California Supreme Court Chief Justice Ronald M. George stated, “Drug courts are a great example of what real collaboration in the justice system can accomplish.  These unique courts are an effective way for trial courts and other justice system agencies to work together to reduce drug-related offenses, improve lives, and protect communities.”

California’s drug court system began in the early 1990s as an alternative to traditional prosecution.  The most recent figures indicate that there are at least 203 California drug courts operating within the state’s 58 counties.

The premise behind these courts is that alcohol and drug rehabilitation is preferable to incarceration when it comes to nonviolent drug offenders.  Some of the primary goals of California drug court include:

Since their inception, California drug courts have established programs in

And within each of these drug court systems, there are essentially four models that are currently being used:

∗Successful completion of a program under either the pre-plea or post-plea models entitles the defendant to a dismissal of the related charge(s).

California drug courts are much less formal than traditional courts.  There is an ongoing dialogue between the judge, prosecutor, defense attorney and defendant.  And, unlike California’s two other prominent drug diversion programs — Proposition 36 and Penal Code 1000 deferred entry of judgment (both of which are described under Section 4. Alternative Drug Diversion Programs) — drug court is much more loosely structured, giving each court some flexibility as to how it will run.

As is the case with all California drug diversion programs, drug court is designed to help an individual conquer his/her personal narcotics addiction.  Addictions to all types of drugs are addressed.

Some of the most commonly abused controlled substances include:

California drug crimes that involve personal possession…and are therefore the types of cases that qualify you for drug court…include (but are not necessarily limited to):

Conversely, being charged with a sales offense such as

generally renders you ineligible for participation in drug court. However, some drug courts, like the Los Angeles County drug court may make special accommodations for individuals who it believes would nevertheless benefit from treatment.

And as Orange County criminal defense attorney John Murray11 explains, “Even if you are charged with a sales offense that prohibits you from entering drug court, a skilled California drug crimes defense attorney may be able to negotiate a plea to a possession charge so that you can ultimately have the charge(s) removed by successfully completing the program.”

If you must plead guilty, you will be placed on probation, usually for a period of 36 months. Then you will be required to participate in a drug treatment program as a condition of probation.  If, during that time, you successfully complete your program, your charges will be dismissed, and your probation will be terminated.

And it bears repeating that each drug court basically runs itself, which means that each establishes its own protocols and requirements.

In Alameda County, the Wiley W. Manuel Courthouse has a drug court that has a pre-plea program specific to adult defendants who are under 25.  This program…known as the Mentor Diversion Program…allows defendants who are charged with nonviolent drug sales offenses and who otherwise have no significant criminal history to participate in an intensive two-year diversion program.

California’s Proposition 36 and Penal Code 1000 PC California’s deferred entry of judgment program are the state’s two other drug diversion programs.   Although each program has its differences, they…as well as drug court…all are premised on the idea that people who successfully complete drug rehabilitation should be rewarded by having their criminal charge(s) dismissed.

Prop. 36 is a mandatory drug diversion program for those who qualify.  It is only applicable to defendants who have been charged with very specific nonviolent drug possession offenses for a first or second time.  And defendants who have prior convictions for serious or violent felonies…that is, crimes that qualify as “strikes” under California’s three strikes law…are automatically ineligible.13

Penal Code 1000 PC California’s “deferred entry of judgment” (DEJ) program functions in much the same way as does Prop. 36.14

However, there are two major differences between the two treatment options.

The first difference deals with judicial discretion.  Under Prop. 36, eligible defendants must receive drug treatment in lieu of incarceration.  However, it is the judge who determines whether or not a defendant is suitable for deferred entry of judgment.  A defendant who is declared ineligible for DEJ may nevertheless be able to participate in California drug court.

In order to determine which, if any, California drug diversion programs are right for you, be sure to discuss all three options with an experienced California drug crimes defense lawyer.

For questions about California drug court, or to discuss your case confidentially with one of our California criminal defense attorneys, do not hesitate to contact us at Shouse Law Group.