NRS 453.333 is the Nevada murder law that makes causing people’s death by giving them drugs a category A felony. The statute states:

Meanwhile, unintentionally causing someone’s death from drugs is punished as second-degree murder. The defendant faces either 25 years or life in prison, with the possibility of parole after 10 years.

In this article, our Las Vegas criminal defense attorneys discuss the Nevada crime of making available controlled substance which causes death under NRS 453.333: 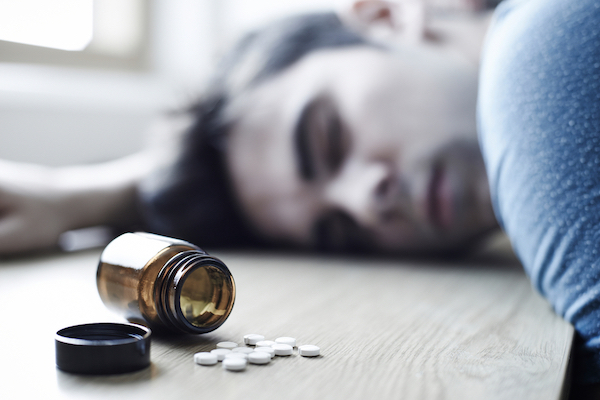 Giving controlled substances to someone who then dies from them is murder in Nevada.

People face murder charges in Nevada under NRS 453.333 when someone dies from controlled substances they “made available” to the victim. Examples of “making drugs available” include:

Providing controlled substances to people with the intention that they die from the drugs is “first-degree murder.” Under Nevada law, killing someone through drugs is no different than using a gun or a knife.

Meanwhile, providing controlled substances to people with no intention of causing anyone to die from them — but someone does — is “second-degree murder.”1

Example: Marley has a house party in Boulder City. Marley leaves several marijuana edibles out on the table for guests to consume. One of the guests eats too many, overdoses, and dies. The Boulder City Police arrive and arrest Marley for second-degree murder because he made the marijuana — a controlled substance — available to the victim who died as a result from the drugs.

In the above example, it makes no difference that Marley had no intention to kill anyone. Nor does it matter that fatal overdoses from marijuana are extremely rare. Simply the act of providing controlled substances that then leads to another’s unexpected death is murder in Nevada.

NRS 453.333 violations are category A felonies. Causing death from drugs may be prosecuted as first- or second-degree murder depending on whether the defendant intended for the victim to die.

Deliberately causing a person to die by giving them drugs is first-degree murder in Nevada. The punishment carries:

Note that the court may consider imposing capital punishment only if the defendant has a prior conviction for either:

As with every criminal matter, the best defense strategies turn on the unique facts of the case. Two common defenses to NRS 453.333 charges are:

Note that it is not a defense that the victim consented to taking the drugs. But a charge of first-degree murder could get reduced to second-degree murder if the prosecution cannot prove that the defendant meant for the victim to die.

3.1. The victim did not die from the controlled substances

A victim must die as a result of controlled substances in order for NRS 453.333 charges to apply. A death that occurs coincidentally after taking drugs does not implicate the person who made the drugs available.

Example: Mary brings her stash of ecstasy pills over to her friend Sarah’s house. Sarah takes a pill and then gets stung by a bee. Sarah has an allergic reaction and dies. Here, Mary is not criminally liable for Sarah’s death because the cause of Sarah’s death was a bee sting, not the ecstasy. As proof, Mary’s attorney produces the coroner’s report that her death was caused by anaphylactic shock and not ecstasy.

In the above example, Mary could still face prosecution for drug possession (NRS 453.336) for having ecstasy pills.

3.2. The defendant did not make the controlled substances available

Merely possessing drugs does not trigger NRS 453.333 prosecution. If the defense attorney can show that the defendant did nothing to make drugs available to the victim, then the charges should be dropped:

Providing controlled substances to someone can be murder in Nevada if that person dies from it.

Example: Jeff knows that his co-worker Pete has crack at his Henderson home. One evening while Pete is out, Jeff breaks into Pete’s house and smokes the crack. Then Jeff overdoses and dies. Here, Pete did not violate NRS 453.333 because he never made the drugs available to Jeff. As proof, Pete’s attorney produces ADT surveillance video showing Jeff breaking into Pete’s home without his permission.

In the above example, Pete could still face prosecution for drug possession for having crack in his home.

An NRS 453.333 violation is a deportable offense in Nevada. Therefore, non-citizens charged with it are encouraged to obtain legal counsel to fight the charge and try to get it dropped or changed to a non-deportable offense.

People who get convicted of violating NRS 453.333 can ask for a record seal ten (10) years after the case closes. A case is “closed” after the prison sentence is served, parole is over, and the judge has officially ended the case.

Note that people originally charged with violating NRS 453.333 but who then get the case dismissed can pursue a record seal right away.3 Learn more about how to get a criminal record seal in Nevada.

If you or someone you know has been charged with a violation of Nevada’s murder law by providing someone with a controlled substance, we invite you to contact us for a consultation.

Regardless of the reason for the charges, we will fight aggressively on your behalf to get them dismissed or reduced or, if necessary, to obtain a “not guilty” verdict at trial.

To schedule your consultation, simply fill out the confidential form on this page, or call us.