Clark County courts take very seriously any Nevada gun crime law which is allegedly broken by minors. On this page, our Las Vegas firearms offense attorneys give an overview of the following areas in juvenile gun law in Nevada. 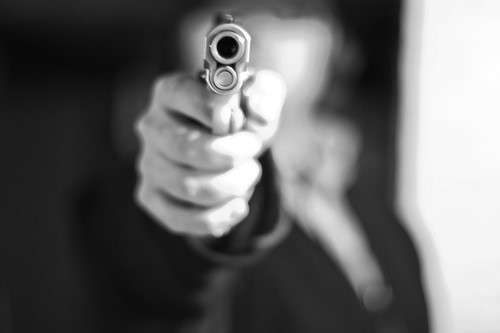 Firearm possession and usage by Juveniles in Nevada

In general, it is a delinquent act for children under eighteen to handle or possess guns unless they are accompanied by a parent, guardian or authorized adult. The main exception is for hunting (go to our information page about Nevada hunting laws for children and adults.) There are other exceptions well-

A child fourteen years old or older may handle or possess firearms without the accompaniment of a parent/guardian/authorized adult as long as the following are all true:

Anyone who helps children unlawfully handle or possess firearms faces criminal penalties: A first offense is a misdemeanor in Nevada, carrying up to six months in jail and/or a $1,000 fine, and a second offense is a category B felony in Nevada, carrying one to six years in Nevada State Prison and maybe a $5,000 fine. But if the person knows that there is a substantial risk that the child will use the gun violently, a first offense becomes a felony, carrying one to five years in prison and maybe a $10,000 fine.2

Peace and probation officers who have probable cause to believe that a child unlawfully used or threatened the use of a gun may take the child into custody. The child may not be released before there is a detention hearing. Fingerprints will be taken as well.3

All evaluations must be completed within fourteen days of the detention hearing. Prior to then, the child must either be detained or placed under a supervision program in the home that may include electronic surveillance. Any statements made by the child during the evaluation (or evidence derived from the evaluation) may not later be used against them.4

Juvenile court in Clark County typically has jurisdiction over crimes allegedly committed by minors, but there are exceptions for more serious offenses. Children fourteen or older charged with the use or threatened use of a firearm will usually be certified for regular court.5 And juvenile court never has jurisdiction over cases involving a sixteen-year-old charged with gun use6. 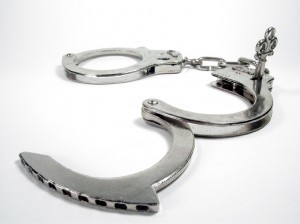 When determining punishment for a child in Nevada who used a firearm against a victim during an unlawful act, the juvenile court may confine the child to a secure facility and impose other measures the court deems necessary to the best interest of the child and the public.7

If a child is adjudicated delinquent for breaking a firearm law, the juvenile court may order the following:

If the child does not have a drivers license to revoke, then the child may not receive a license for the ordered time period. If the child is not old enough to drive, then the suspension will be imposed once the child reaches driving age. And if the child already has his/her license suspended, then the court will order an additional delay to run consecutively with the previous order.8

If a child handles a gun in violation of Nevada's hunting laws, a juvenile court will revoke the child's hunting license and order that the child does not receive another license for at least two years or until he/she is eighteen (whichever is later).9

Are you facing criminal charges? Phone our Las Vegas firearms offense lawyers at 702-DEFENSE (702-333-3673) to schedule a free meeting with us to discuss your case. We will research your charges to see if we can get them dismissed or plead them down to lesser crimes. We can also take your case to trial.