A SCRAM device is an electronic monitoring bracelet that detects alcohol in the wearer's perspiration. Nevada judges require defendants to wear SCRAM devices in certain felony and repeat DUI cases as a condition of probation. If the device ever detects alcohol, the defendant may be incarcerated for violating the judge's order to stay sober.

SCRAM devices can deliver false positives if they come into contact with gasoline or certain cleaning products. In these cases, a criminal defense attorney would analyze the device's data and gather evidence to try to show that the device malfunctioned and that the defendant should not have his/her probation revoked.

In this article our Las Vegas DUI Defense attorneys discuss: 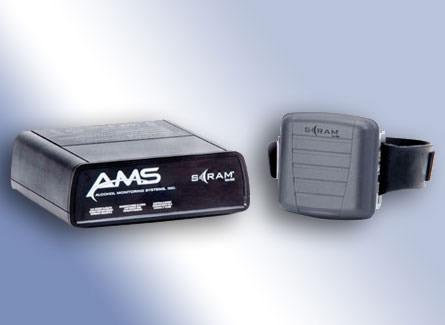 1. What does SCRAM stand for in Nevada DUI cases?

A SCRAM bracelet -- which is really an anklet -- is a type of electronic monitoring device that tracks the wearer's alcohol levels.  It is a tamper-resistant gadget that Nevada judges may order DUI defendants to wear on one of their ankles for a specified period of time as a condition of probation.

These devices test the wearer's alcohol content every 30 minutes and notify authorities of the results. Therefore these bracelets deter the wearer from drinking, and it keeps law enforcement informed if the wearer does drink.2

3. How do SCRAM devices work?

SCRAM devices are worn on the ankle.

Once the alcohol a person drinks gets absorbed in his/her bloodstream, the alcohol eventually exits the body via either metabolism or excretion. Excretion occurs through:

Scram detects "insensible perspiration," which is an invisible ethanol vapor that expels through the skin. Only one percent of ingested alcohol leaves the body through sweat.

The company that provides this technology to most Nevada courts is SCRAM of Nevada. The official name for the device is SCRAM CAM (CAM is short for continuous alcohol monitoring). All but two U.S. states rely on these devices to monitor defendants ordered to stay sober.4

4. Do all DUI defendants have to wear SCRAM devices in Nevada?

No. Judges impose these devices only on DUI defendants who are prohibited from drinking altogether, not just drinking and driving.

People convicted of a first-time misdemeanor DUI in Nevada are rarely ordered to wear a bracelet. But defendants suffering from alcoholism and/or facing felony DUI charges are more likely to be ordered to wear a device as a sentencing term.

In short, SCRAM is a way for certain DUI defendants to avoid jail while still being subject to alcohol monitoring. Learn more about Nevada DUI penalties.5

5. When are SCRAM devices mandatory in Nevada DUI cases?

Judges also have the discretion to impose SCRAM usage on drunk driving defendants not undergoing DUI Court. This usually occurs in the following cases: 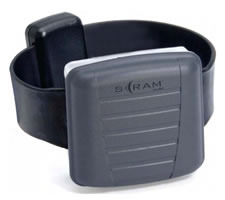 Nevada DUI defendants wear SCRAM bracelets at their own expense.

6. How long do Nevada DUI defendants have to wear SCRAM bracelets?

It varies case-by-case. It can be several months or even years depending on the sentence.

Felony DUI Court can last from three to five years, for example. If a defendant wears a device for a lengthy period of time without incident, he/she may be able to persuade the judge to lift the SCRAM order earlier.

7. How much do SCRAM devices cost in Nevada DUI cases?

DUI defendants pay for all expenses associated with the device. Costs vary but are typically the following:7

If the device detects that the wearer may have been drinking, the regional monitoring center will inform law enforcement. They, in turn, will seek out and arrest the defendant.8

The court may then impose the jail sentence it had originally suspended on the condition that the defendant not drink. The defendant's attorney can ask the court to excuse the violation or argue that the SCRAM malfunctioned and returned a false positive. But it is up to the judge to determine whether to give the defendant another chance to stay out of custody.

SCRAM devices are not foolproof. They share the same flawed fuel cell technology as preliminary breath tests (PBTs), which is the first test that police administer to DUI suspects.

Experienced DUI defense attorneys know how to analyze SCRAM readings for false positives. Indicators for inaccurate device readings may include:

A criminal defense attorney would use this data to try to show the probation officer and judge that there is a logical explanation for the SCRAM's elevated alcohol levels. In some cases, the defendant may wish to submit to a hair sample test. If the hair does not show the presence of alcohol, it could help prove the SCRAM device's inaccuracy.

The defendant may also take a polygraph test. If the machine does not detect a lie, that could also call into question the SCRAM readings.9

9. What happens if DUI defendants remove their SCRAM devices in Nevada?

SCRAM bracelets that are meddled with will signal the regional monitoring center, which in turn informs law enforcement. At that point, the police may arrest the DUI defendant.

The judge will probably revoke the defendant's probation and remand him/her into custody to serve out the suspended jail or prison sentence. Defendants can ask the judge for a second chance. But it is unlikely the court will permit someone who deliberately took off a SCRAM bracelet to stay out of custody.

SCRAM devices are sturdily designed to stay on. But with the right tools, it still may be possible to cut a SCRAM tether off. The tether's sensors are always measuring the skin's temperature as a way of checking that it is strapped to a person.10

10. Can I go outside while wearing a SCRAM bracelet in a Nevada DUI case?

It depends on the case. Some DUI defendants are free to move about, some can only go to work and school, and others are placed on home confinement. The SCRAM CAM model has an optional "house arrest" feature that monitors the wearer's location.11

If you are facing DUI charges in Nevada, call our Las Vegas criminal defense attorneys for a FREE consultation at 702-DEFENSE (702-333-3673). We may be able to get the terms of your DUI sentence lessened or the charge reduced so you never have to wear a SCRAM.